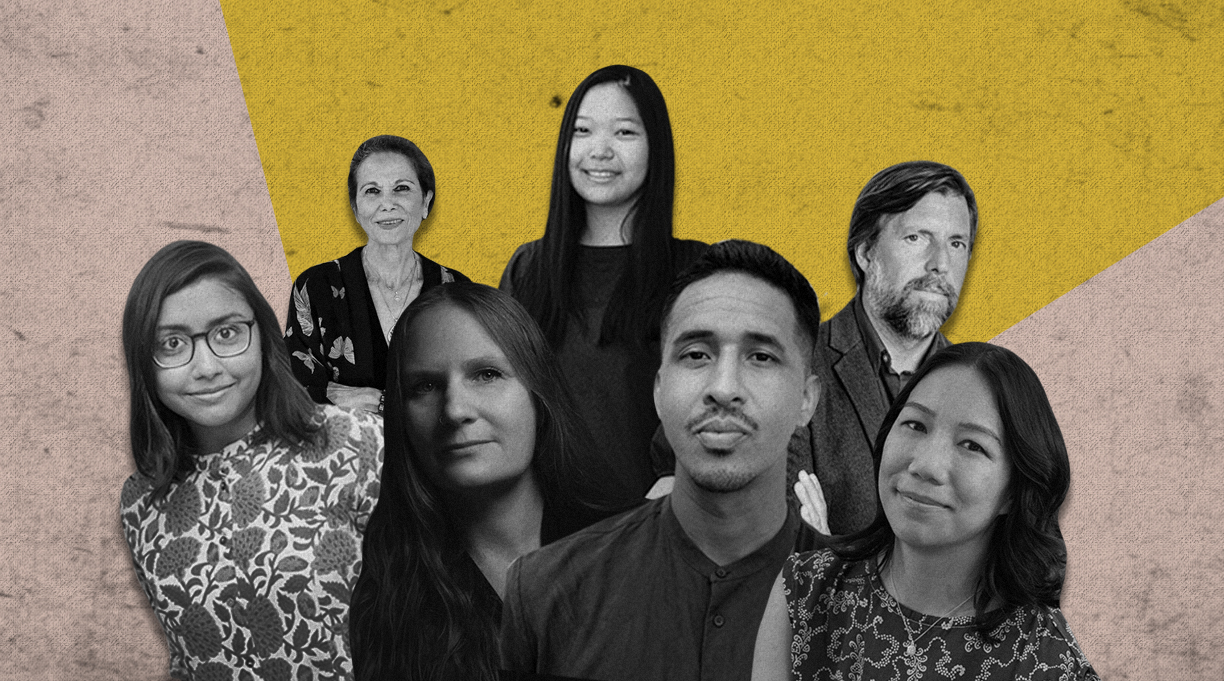 Hosting Kirkus’ Fully Booked podcast is one of the few beautiful things that sustained me during this forbidding year. Every week for the past 52 weeks, I’ve had the remarkable privilege of talking in depth with the author of my latest favorite book. Six-year-old nerd-baby me, who used to read Charlotte’s Web and The Chronicles of Narnia aloud to her dyslexic father, couldn’t have handled the knowledge of this prosperous future (she would have died of excitement). Thirty-eight-year-old living, breathing me looks back on another year in podcasting with an awe that borders disbelief. I am full of gratitude: to the authors who joined me in conversation; to Kirkus’ editors, who lend their expertise and enthusiasm in the form of weekly recommendations; and, especially, to producer and recording engineer extraordinaire Cabel Adkins, who keeps us on track and makes us sound great.

If you haven’t had a chance to listen in but want to try us out, here are 10 great episodes to get you started. For the full list of 2020 episodes, please visit our website.

In February, I spoke with New York Times–bestselling novelist Lidia Yuknavitch about her short story collection, Verge (Riverhead). We talked about misfits, communities as organisms, and gut-punch endings. There may have been a marriage proposal.

In March, Cathy Park Hong joined me to discuss Minor Feelings: An Asian American Reckoning (One World), a seamless blend of criticism, memoir, and history that speaks to her lived experience as a Korean American woman and establishes a theory of “minor feelings,” built on critical theorist Sianne Ngai’s “ugly feelings.” We talked about our radicalized society, essay writing, Richard Pryor, and more.

Literary legend Julia Alvarez was one of the first people I talked to after the Covid-19 lockdown. We ran the episode in April: a poignant discussion of Afterlife (Algonquin), her first adult novel in 14 years, exploring sisterhood, aging, loss, and how those we’ve loved and lost live on within us.

Later that month, I spoke with journalist Walter Thompson-Hernández, who specializes in covering emerging subcultures around the world. For his nonfiction debut, The Compton Cowboys: The New Generation of Cowboys in America’s Urban Heartland (Morrow), he spent a year with the Compton-based equestrian group whose urban ranch serves as a refuge for riders.

I talked with science journalist James Nestor, author of Breath: The New Science of a Lost Art (Riverhead), about his practical and historical exploration of human breathing in May. In short: We’re doing it wrong. He told me what went wrong with the human respiratory system over the last few millennia, shared tips for breathing better, and identified journalism as an art and a science.

In June, Megha Majumdar discussed her highly anticipated debut, A Burning (Knopf), a tale of crime and punishment in contemporary Kolkata. This truly excellent novel went on to win all sorts of accolades, including a National Book Award nomination. Majumdar talked characters, innocence and guilt, education, editing (for Catapult) and being edited.

Next up: New York Times deputy national editor Jia Lynn Yang, author of One Mighty and Irresistible Tide: The Epic Struggle Over American Immigration (Norton). I absolutely loved speaking with Yang, who shared fascinating insights about the Immigration Act of 1924, the Immigration and Naturalization Act of 1965, and American assimilation. This rich and disturbing history deserves the broadest possible audience.

In September, award-winning author, poet, and playwright Claudia Rankine joined editor-in-chief Tom Beer for what became one of our most popular episodes of the year. They talked about Just Us: An American Conversation (Graywolf), Rankine’s paradigm-shifting cross-disciplinary collection of essays, poems, and images examining the perceptual and experiential divide between Black and White Americans.

Debut novelist K-Ming Chang joined me in October for a fun and agile conversation about Bestiary (One World), the fabulous story of three generations of a Taiwanese American family, inspired by the legend of Hu Gu Po (Aunt Tiger). We talked about queer genealogies, morals, and the novel’s palpitating language.

Finally, in October, I spoke with Ruby Hamad about White Tears/Brown Scars: How White Feminism Betrays Women of Color (Catapult), which Kirkus calls an “extraordinary book for anyone who wishes to pay more than lip service to truly inclusive, intersectional feminism” (starred review). Hamad discussed the importance of grounding her work in history and the many ways White womanhood is weaponized against Black and Indigenous women and women of color; I wished we could have talked all night (or day, for the author, who joined us from Sydney, Australia).