Best of 2020: Our Favorite Middle-Grade Books 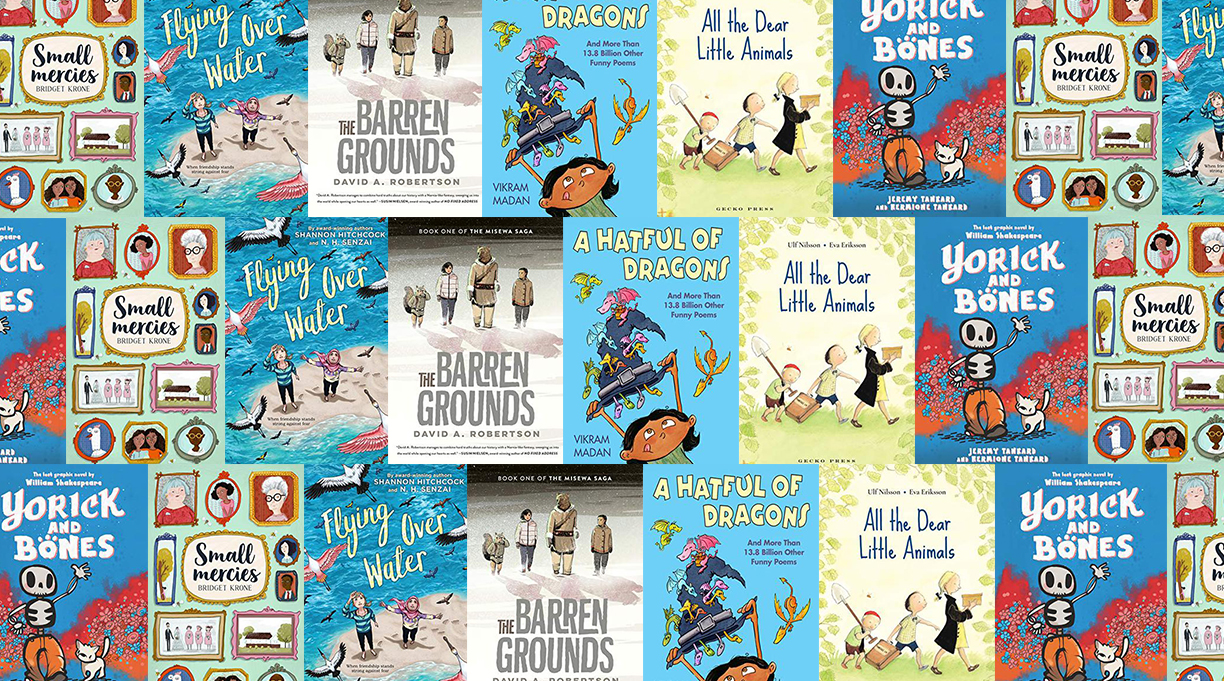 Why do kids read? For the same reasons adults do: to laugh, to learn, to escape, to get a little weepy—above all, to spend some time in someone else’s head for a while. Making sure I’ve chosen books that will feed the varied moods and tastes of a young audience is a priority in pulling together our end-of-year list. Happily, there are a lot of fabulous books to choose from.

Scroll through the complete Best Middle-Grade Books of 2020—100 titles in all. Here’s a preview of what you’ll discover on that comprehensive list.

Fantasy readers will find plenty to take them out of this world. In The Barren Grounds (Puffin/Penguin Random House Canada, Sept. 8), a series opener by David A. Robertson (Norway House Cree Nation), they’ll meet a pair of Cree foster kids who enter a magic world that, rather like Narnia, is under threat but, unlike its literary forebear, is grounded in Native culture. Curse of the Night Witch (Sourcebooks Young Readers, June 9), by Alex Aster, sends its protagonists on a hair-raising quest through a landscape peopled with characters inspired by Latin American folktales. The power of West African orishas fuels the adventure in Maya and the Rising Dark (HMH Books, Sept. 22) by Rena Barron.

Kids who prefer their fiction without the stardust won’t go begging for books. Santiago’s Road Home (Paula Wiseman/Simon Schuster, May 5) takes a detour when its Mexican protagonist is detained at the border in the latest from Alexandra Diaz. Janae Marks takes on anti-Blackness and a broken justice system in From the Desk of Zoe Washington (Katherine Tegen/HarperCollins, Jan. 14) when her narrator comes to believe her incarcerated father was wrongly convicted. Dual protagonists helm Flying Over Water (Scholastic, Oct. 20)—a Syrian refugee girl and a White girl with anxiety—in N.H. Senzai and Shannon Hitchcock’s tale set in Tampa, Florida, as anti-Muslim sentiment rises.

Readers after lighter fare will find some gems. Jeremy and Hermione Tankard deliver plenty in Yorick and Bones (HarperAlley, May 19), in which an Elizabethan-era skeleton is resurrected and adopted by a little gray dog. Both author Jessica Kim and her titular protagonist bring the laughs in Stand Up, Yumi Chung! (Kokila, March 17), about an aspiring comedian navigating the expectations of her Korean immigrant parents. Poet Vikram Madan serves up A Hatful of Dragons (Wordsong/Boyds Mills, March 18) and (thanks to some fancy math) “More Than 13.8 Billion Other Funny Poems” (as the subtitle has it), illustrating his nonsense verse with equally amusing cartoons.

Children who like their reading with an international flavor can do some armchair traveling. Lizard’s Tale (Text, May 12), New Zealander Weng Wai Chan’s debut novel, takes readers to Singapore in 1940, pitching her title character, a biracial (White/Chinese) boy, into the thick of a thrilling mystery. Post-apartheid South Africa forms the setting for Bridget Krone’s Small Mercies (Catalyst Press, Feb. 4), in which 11-year-old mixed-race orphan Mercy takes inspiration from the stories of Gandhi that her foster family’s Indian lodger tells. The humor is very Swedish in Ulf Nilsson’s All the Dear Little Animals (Gecko Press, March 3), illustrated by Eva Eriksson and translated by Julia Marshall, which tells the story of three children who go into the funeral business after finding a dead bumblebee.

This is just a sampling. Add in history and historical fiction, biography and memoir, science, and current events, and there’s something for just about any reader in our 100 Best Middle-Grade Books of 2020. What there isn’t is Covid-19, the publishing calendar giving young readers a virus-free year within books if nowhere else. We hope they’ll find lots to love.