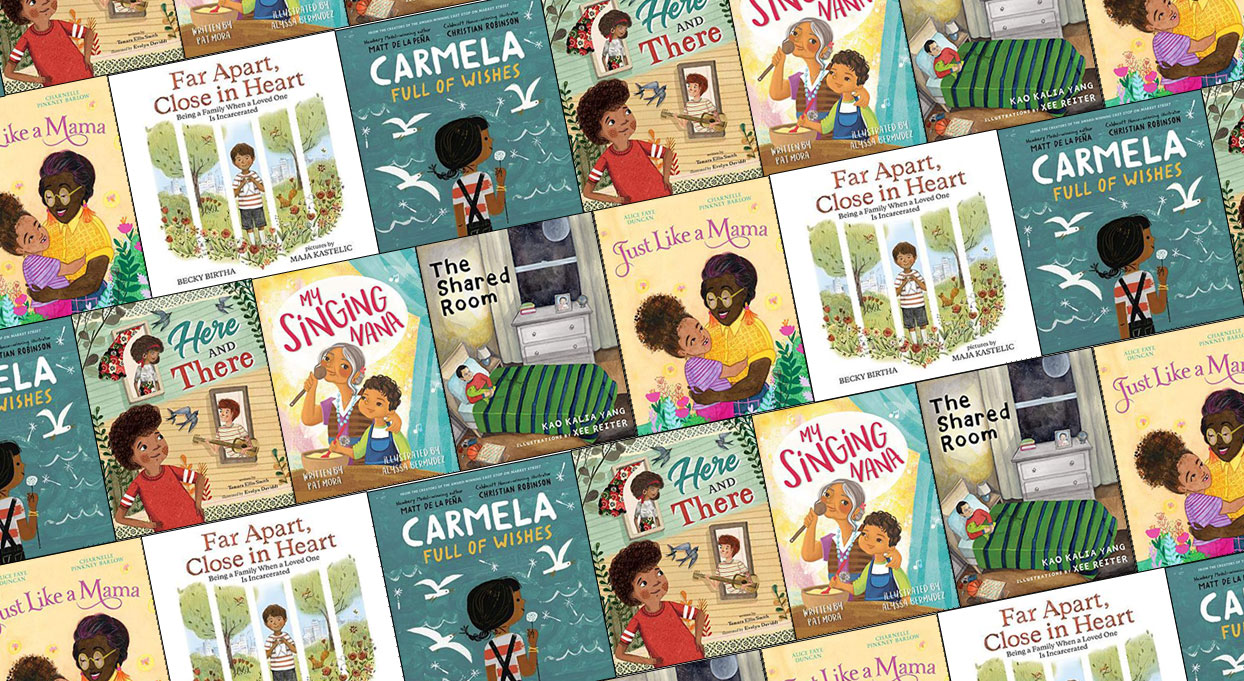 Bibliotherapeutic books are arguably the vitamins of children’s literature. Often with titles that announce their missions—Diabetes Doesn’t Stop Maddie, by Sarah Glenn Marsh and illustrated by María Luisa Di Gravio (Whitman, April 1) is a recent example—they serve a necessary purpose for adults seeking to explain complicated subjects to children. Sometimes these subjects are particular and specific, such as Maddie’s diabetes; sometimes they approach universal, as with a grandparent’s declining cognition. Like American children’s literature in general, historically bibliotherapy has assumed a white, normative default, asking kids of color to find themselves in books about white kids confronting family separation, illness, grief.

Happily, the bibliotherapeutic shelves are diversifying along with the general ones, and it’s nice to know that when the caregiver of a child of color approaches a librarian or bookseller asking for a book to help them with a complicated explanation, it’s getting easier to provide them with inclusive books.

Latinx kids, for instance, whose grandparents are showing signs of dementia may find comfort in not one, but two recent books: Diane de Anda and Alleanna Harris’ The Day Abuelo Got Lost (Whitman, 2019) and Pat Mora and Alyssa Bermudez’s My Singing Nana (Magination/American Psychological Association, 2019). In both books, a child notices a beloved grandparent’s changed behavior, and parents offer loving support.

Of course the death of a grandparent or another family member can rock a child’s world. Two upcoming books address the subject with protagonists of color. In Candy Wellins and Charlie Eve Ryan’s Saturdays Are for Stella (Page Street, Aug. 11), a young biracial (black/white) child suddenly loses his beloved grandmother; in Kao Kalia Yang and Ce Reider’s The Shared Room (Univ. of Minnesota, June 9), a Hmong American child suffers the sudden loss of a sister.

Parental separation is another situation frequently confronting kids, and here, too, the options are expanding if still too slim. Evelyn Daviddi’s illustrations for Tamara Ellis Smith’s Here and There (Barefoot, 2019) paint an interracial family coping with divorce; Mom and son present black, and Dad presents white. In Matt de la Peña and Christian Robinson’s Carmela Full of Wishes (Putnam, 2018), the Mexican American protagonist’s parents are separated by immigration issues and not due to divorce, but the child’s yearning for both parents to be together is both recognizable and broadly accessible.

Of course, many children do not live with either parent. Just Like a Mama, by Alice Faye Duncan and illustrated by Charnelle Pinkney Barlow (Denene Millner/Simon Schuster, Jan. 14), presents the life of one such African American child who, for unspecified reasons, lives with a foster mother who is also black.

One bibliotherapeutic subtopic where kids of color are in the majority is that of books about children with incarcerated parents. Jacqueline Woodson and James E. Ransome’s Visiting Day (Scholastic, 2002) provided a critical resource for black families affected by mass incarceration, and subsequent books such as Daniel Beaty and Bryan Collier’s Knock Knock (Little, Brown, 2013) and Mariame Kaba and Bria Royal’s Missing Daddy (Haymarket, 2019) similarly offer essential mirrors for black children whose fathers are in prison.

However, the accumulation—and corresponding absence of similar books with nonblack protagonists—has the effect of inadvertently promoting a narrative that only black men suffer incarceration, which is harmful on many levels. That’s why Becky Birtha and Maja Kastelic’s Far Apart, Close in Heart (Whitman, 2017) is such a valuable contribution. In presenting a racially and ethnically diverse group of children who have either a mother or a father in prison they make it clear that the issue touches all kinds of kids.

Here’s to more diverse bibliotherapy to come—so that it’ll be there when all kinds of kids need it.