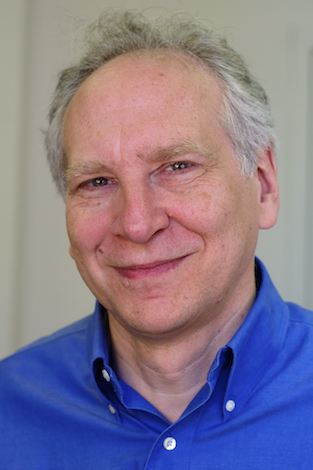 Florence Gordon, author Brian Morton’s latest creation, doesn’t exactly fit the stereotypical image of an elderly woman looking for help to cross the street. She’s unlikely to ask for help of any kind, and is more likely to stop beggars on the street and tell them to stand up straight when they beg, or abandon her own surprise party, as she does in the opening pages of Morton’s Florence Gordon.

“Some characters take a long time to come into focus and some sort of knock on your door and come in,” says Morton, who is the director of the MFA Program at Sarah Lawrence and teaches at New York University. “Florence definitely knocked on my door to come in.”

While she is proud of her career as a feminist and writer, Florence finds it a struggle to bring the past to life as she begins work on her memoir. She and her editor are both pleasantly surprised when a glowing review of her most recent book appears in The New York Times Book Review, propelling her back into minor celebrity.

This success and renewed attention throws a light on the relationships she has with her friends and family—particularly her son, Daniel, a cop who has recently moved back to New York from Seattle with his wife, Janine (who idolizes Florence), a psychologist on a fellowship in the city, and her college-aged granddaughter, Emily, who is just coming into her own as a person and as a writer. Florence fits each of them into her life with varying degrees of success in her Upper West Side apartment.

While Florence was not based on anyone in particular, Morton says he knows people like her, and knows her rivals. One person in particular is Ellen Willis, the feminist journalist who worked for the Village Voice and was the first rock critic for The New Yorker, who died in 2006. Willis wrote about pop culture and feminism and social issues; an anthology of her work, The Essential Ellen Willis, was published in May. Morton also mentions Vivian Gornick, the critic, essayist and memoirist. “[Florence] knew them, was part of their circle—but she wasn’t based on any of them,” he says.

One of the book’s blurbs comes from Katha Pollit, who wrote: “Florence Gordon belongs on the very short list of wonderful novels about older women. Florence, the brilliant, cranky, solitude-craving feminist writer, is an indelible character, and her New York—the fading city of books and writers and melancholy oddballs—lives on in these immensely pleasurable pages.”

In one scene, Florence slaps a friend’s BlackBerry out of her hand, dropping it in a pitcher of sangria, to punish her for texting during dinner. Her granddaughter Emily is horrified, though the friend takes it in stride.

“I was writing about two individuals; I wasn’t trying to make general observations about generations,” says Morton of the relationship between Florence and Emily. “That was one of the most pleasurable, most fun things about the book for me—[contrasting with] how Florence showed up, Emily came into being on the page in a much more gradual way and in a way that surprised me. In the first few drafts, she was just a name and a really minor character. As the drafts accumulated, she became much more important in her relationship with Florence and I really hadn’t planned that out or anticipated that at all.”

Though it is primarily Florence’s story, Morton’s narrative takes turns in characters and events unfold through the perspectives of each member of the family. In one instance, the same scene is relayed through Daniel, Janine and Emily—and experienced very differently based on what thoughts or knowledge they carried with them to the moment.

“It continues on George Eliot’s idea that every person is the center of a world,” explains Morton, noting that Emily is reading Middlemarch in the novel. “To me, that’s maybe the most interesting thing about writing fiction—trying to explore those different worlds of different people’s experiences and different people’s consciousnesses. And I’m especially interested in those ‘when worlds collide’ moments, when two people’s perceptions of the same event or the same person or same idea are completely different. I find that endlessly interesting. And a lot of my fiction tries to explore that.”

Morton is the author of four previous novels, including Starting Out in the Evening, which was a finalist for the PEN/Faulkner Award and was made into a film, and A Window Across the River, a Book Club selection on the Today show.

Many of his other works also feature writers in the Upper West Side, like Florence, and Morton jokes that this one is a risk because the previous ones have all taken place between West 90th Street and West 100th—Florence Gordon is set mostly on West 104th Street.

“I’m outside my comfort zone,” he says with a laugh. “A writer has to take those kinds of risks.”

Florence, who works at New York University, takes frequent excursions away from 104th Street to intellectual watering holes like NYU’s Bobst Library, the Skirball Center, and Town Hall and other specific, recognizable places. The characters and their choices, too, are so realistic and familiar that putting the book down feels like leaving the room, with faith that the players will continue on without you.

“The setting and the style are continuous with other things I’ve written, and the concerns too,” says Morton. “Something that is in most of my books is the idea of the costs of individuality, or the costs of self-creation. The idea that becoming the person you become, you sacrifice other possibilities. I think all of the older characters, the adult characters in the book, are grappling with that. I think Emily is just starting to get a glimpse of that reality.”

Courtney Allison is a former book publicist. She lives in Brooklyn.