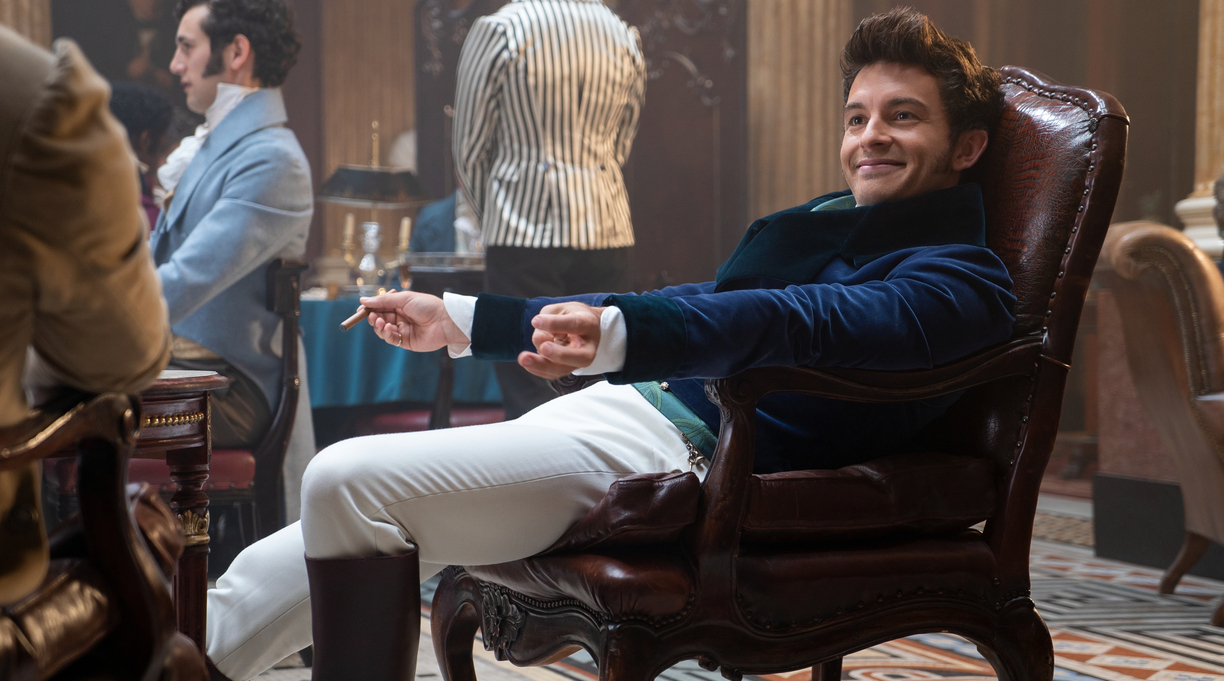 Jonathan Bailey in Season 1 of ‘Bridgerton.’ Photo by Liam Daniel/Netflix

Netflix announced today that it has renewed Bridgerton, its hit show based on a popular series of Regency romances by Julia Quinn, for a second season.

Prepare for another social season! @Bridgerton shall be back for Season 2! pic.twitter.com/cYbgIhPUbC

In a press release, the streaming service made the brief announcement in the voice of the show’s gossip-columnist character Lady Whistledown, whose secret identity was revealed in the final episode its first season. It reads, in part: “The incomparable cast of Bridgerton will return to production in the Spring of 2021. This author has been reliably informed that Lord Anthony Bridgerton intends to dominate the social season. I will have my pen ready to report on any and all of his romantic activities.”

As noted by the Hollywood Reporter, Bridgerton’s showrunner Chris Van Dusen intends to devote each season to a single book in the series, with hopes to cover all eight. The first season, which premiered last month, adapted 2000’s The Duke and I. The second will likely cover 2000’s The Viscount Who Loved Me, which, as the Netflix announcement implies, focuses on the character of Anthony Bridgerton, played in the series by Jonathan Bailey. No prospective release date for the second season was announced; like the first, it will be executive-produced by Scandal and Grey’s Anatomy creator Shonda Rhimes.

The Bridgerton novels, set in the wealthy English society of the early 1800s, tell tales of the lives and loves of the eight Bridgerton siblings. The final book of the main series, 2006’s On the Way to the Wedding, won the 2007 RITA Award for Long Historical Romance. Several prequel novels followed, including 2017’s The Girl With the Make-Believe Husband and 2018’s The Other Miss Bridgerton, which both received Kirkus Stars. The latest prequel, First Comes Scandal, was published last April.