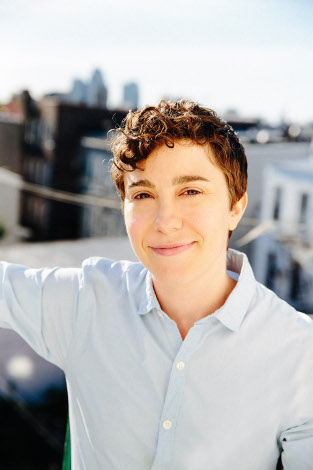 In the life of an executive assistant, Benjamin Franklin’s famous quip requires a slight tweak: in this world, nothing is certain, except death, taxes, and monthly expense reports. An assistant’s tasks are manifold—varying in degrees of logistical and psychological dexterity—but none is more tedious than preparing the boss’s expenses. The task begins with a ceremonial handoff—a fistful of sweaty, smudged receipts, crinkled remnants of power lunches, town car trips, first-class airfare, and department store gifts. Dutifully, the assistant unfolds the creases and submits the tally to Accounting. And the corporate machine chugs merrily along.

One day in 2009, in the sleek headquarters of the Hearst Corporation on West 57th Street, Camille Perri was performing this very task for her boss, David Granger, then Esquire’s editor-in-chief. Already in her 30s, Perri had a master’s degree but was limping along on an assistant’s meager salary and drowning in student loan debt. While processing Granger’s expenses on the Hearst online portal, Perri remembered her student loan bill was due. She opened her loan account and was startled by the split screen on her computer—her debt on one side, Granger’s expenses on the other. “There was something about seeing the two side by side,” says Perri. (Given Granger’s position in the company, his expenses weren’t exactly all yellow cab rides and deli sandwiches.) Perri realized that one month of Granger’s expense reimbursements could pay down most of her debt. “I thought ‘Wow, if only I wasn’t an honest person,’ ” she laughs. “But then I thought, ‘Wow, what a great idea for a novel.’ ”

That novel, The Assistants, is Perri’s raucous revenge fantasy, a story of what happens when the overeducated, underpaid assistants of a media corporation rise up and stick it to the Man. (And let’s face it. It usually is a man.) Perri’s heroine is Tina Fontana, a scrappy 30-year-old from the Bronx who took out loans to attend NYU and later lands a job as assistant to Robert Barlow, a Rupert Murdoch–style CEO of the Titan media empire. Robert is ruthless in business and extravagant with money, but he and Tina share a genuine affection, a relationship of trust built over the six years she’s worked for him.

Perri, who recently quit her post as the books editor at Cosmopolitan, has always been a writer, always had unpublished novels “in the drawer,” but initially chose a practical vocation, earning a masters in library science, figuring she could write and try to get published while holding down a steady job as a librarian. Soon, Perri realized that to get published, she needed more contacts. She quit her job at the library, moved home with her dad to save money, and started applying for unpaid publishing internships in New York City. Eventually she landed a brief internship at Esquire reading fiction, a stint which led to the opportunity to interview to be Granger’s assistant.

Asked what it was like to be a woman applying for work at the male dominant Esquire, Perri explains that her bigger worry when she was interviewing was that she is gay. “As I was getting ready for my first interview with David, I thought ‘How much do I want to be myself?’ ” recalls Perri. She debated about what to wear and finally chose the clothes that she felt suited her best: a shirt and tie. Perri remembers thinking, “Look, if this doesn’t work out, it’s because I wasn’t meant to be there.”

When she went in for the interview, Granger looked her up and down. “Nice tie,” he said. “Well,” Perri replied, “if I can’t flaunt my flair for men’s fashion at Esquire, where can I?” Granger laughed. Perri said she never felt uncomfortable working for him after that.

Like her fictional heroine, Perri sincerely liked her boss. “There’s an intimacy in the boss-assistant relationship that many people don’t realize,” she says. “As the assistant, you don’t have any real power, so you measure the success in your day by the strangest measuring stick. Like, I got him that reservation he really wanted—that’s success for your day. It’s strange because in a way you’re supplementing yourself. Your happiness is enabling another person to do their job.”

In The Assistants, Tina knows when Robert wants a phone call interrupted and exactly how to slice the lime for his tequila, yet her proximity to power does nothing to improve her own hand-to-mouth existence. “[The money] I needed to buy a computer that didn’t spontaneously shut itself down, he used to have his Mercedes waxed with a rare special formula that was probably composed of the placenta of baby dinosaurs,” Tina thinks.

Circumstances change when Tina receives a $19,147 check that’s mistakenly been sent to her from Titan Corp. Tina reasons that for Titan, the amount of money is a pittance. But for her, it could represent financial freedom. Tina deposits the check, briefly savors the moment, then trudges back to work, agonizing over her recklessness. She resolves to act as if nothing ever happened, until another assistant confronts her and wants in on the scheme. Soon assistants from all over Titan—smart, educated women all buried beneath student loans—are coming to Tina looking for debt relief.

The visceral effect of indebtedness on the women in The Assistants is a feeling Perri knows all too well. As a young high school student in suburban Long Island, the author set her sights on NYU, and, because her family could not afford to pay for it, she easily obtained a loan to attend. “If you go online it literally takes five to 10 minutes to take out a loan,” Perri says. “As a teenager, you don’t understand how much money it is, but years later, I felt so angry that I’d chosen a school I couldn’t afford. Debt comes with a lot of guilt and shame that you internalize. It affects what you think you’re entitled to and what you think you deserve. You feel like you’ve made a bad decision and you blame yourself when it’s really the system that’s designed to put you in that position.”

While Perri’s razor-sharp humor aims to entertain, there’s also a rage simmering below the surface. “We are living in a time of unprecedented inequality,” says Perri. “This is the story of our time. Millennials need to get mad about this. Here’s the thing—we blame ourselves. We say we’re lazy, we’re entitled, but it’s the government that isn’t doing its job.”

Reading The Assistants is like getting Elizabeth Warren a little drunk and talking about income inequality—serious subject, livelier delivery. “I wanted to write about things in a way that was socially conscious but also in a way that was fun,” says Perri. “I felt like millennials needed a fun fictionalization that mirrored their frustration. Then maybe they’ll reach out for a book.”

Kirk Reed Forrester is a frequent contributor to Kirkus Reviews, Contributing Editor at flower magazine, and Books Editor for the travel magazine Virtuoso Life. A former publisher’s assistant, she knows her way around an expense report.