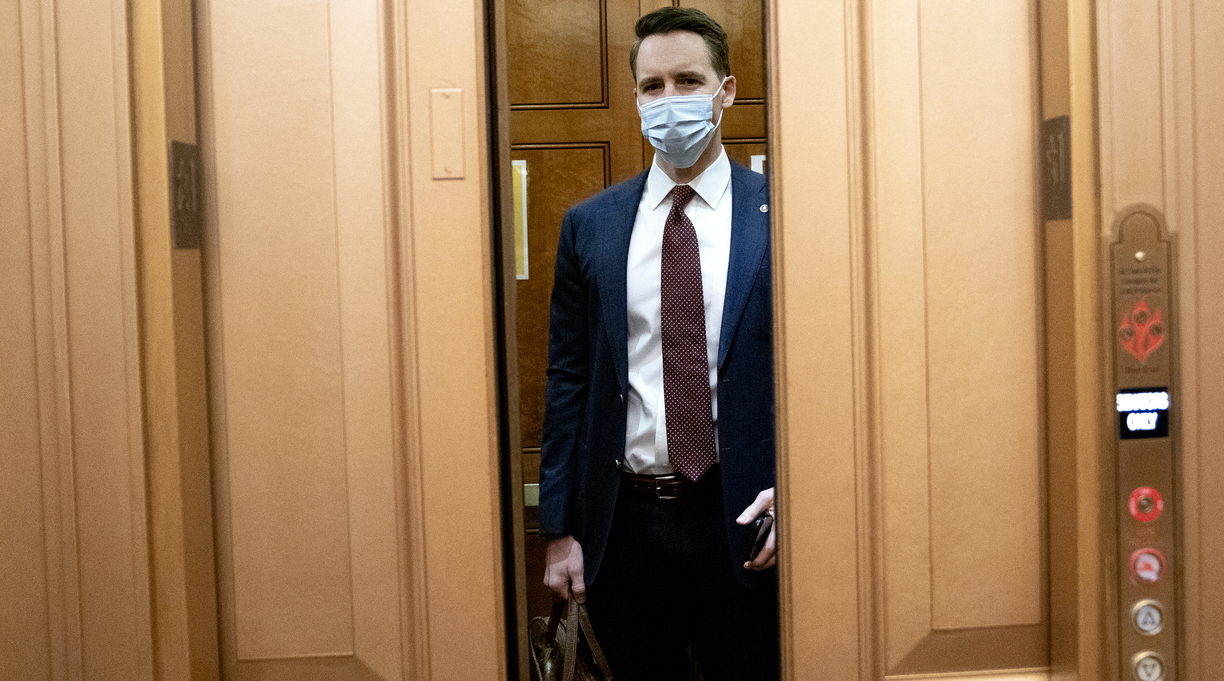 The organization is circulating a petition urging retailers to not stock Hawley’s The Tyranny of Big Tech, as well as a book by author and radio host Eric Metaxas.

“Both Hawley and Metaxas helped incite the Capitol insurrection by spreading lies and conspiracy theories about the 2020 election results, sometimes in the name of our faith,” the petition reads in part. “Barnes and Noble, Books-A-Million, and Hudson Booksellers have a civic responsibility to deny their private platforms and profits to these and other authors who helped provoke the January 6 attack on the U.S. Capitol with electoral disinformation.”

Hawley’s book was originally scheduled for publication by Simon  Schuster, but the publisher dropped the book after the Capitol insurrection, sparked by the rhetoric of pro-Trump politicians who falsely claimed the presidential election had been stolen. Regnery, a conservative publisher, later announced it would publish Hawley’s book.

Regnery also published Metaxas’ memoir Fish Out of Water earlier this month. The press has previously released a series of humor books by Metaxas with titles like Donald Drains the Swamp and Donald Builds the Wall.

As of Monday afternoon, the petition had garnered more than 15,500 signatures.