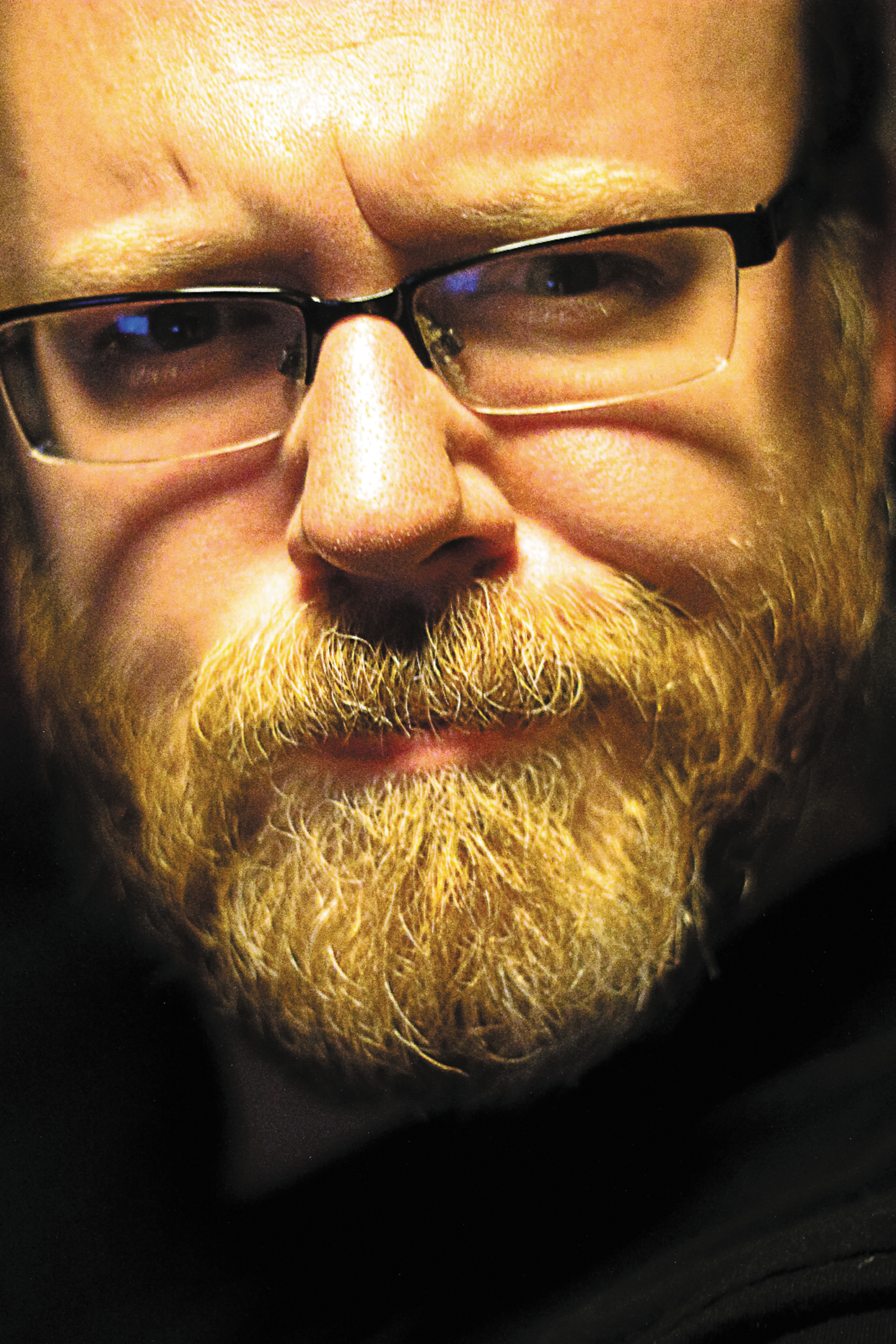 When I first got a copy of novelist Chuck Wendig’s new book, Zeroes, I thought I was in for a pleasant surprise. I’ve known the writer for his vicious horror novels, big-thinking sci-fi excursions, sidebars into gaming and multimedia, and the blunt and effective advice on writing that he doles out on his blog. Zeroes is nominally about a group of unrelated underground hackers who are co-opted by a government black ops project. It all sounded very mainstream.

But sadly, no. It’s still Chuck. And it gets so much worse as you get deeper into it. Kirkus Reviews is dead-on in labeling it “an ambitious, bleeding-edge piece of speculative fiction that combines hacker lore, wet-wired horror, and contemporary paranoia.” When I reach the author in his lair out east, he chuckles too.

The book combines a great ensemble cast that includes an Anonymous poser, a hardware hacker, a hacktivist, one online troll, and an old-school phreaker but ultimately pits them against an artificial intelligence straight out of a wetwork nightmare.

“The book started with the hacker angle,” Wendig explains. “I’m sort of interested in hacker culture in general. It’s kind of a deep rabbit hole once you start spiraling down it. The catalyst was finding out who these people are and why they do the things that they do. I read this great book about the Anonymous movement and the thing about those guys is that we assume it’s this monolithic institution, but it’s not. It’s multifarious and has all kinds of different people in it. It’s not a single-headed entity; it’s a hydra. So I wanted to play with that idea a little bit.

However, the paranoia induced by the modern surveillance state meant that Wendig had to up his game a bit when it came to infusing Zeroes with contemporary horror.

“Part of the thing I do is to look at real things and see how they’re scary,” he says. “For me, looking at the current state of surveillance in America, I don’t have to add any frightening elements in. The dark side of the Internet is this: imagine that you have a neighbor you really like and there’s a tunnel that connects your house to your neighbor’s house. Imagine that neighbor also has tunnels to all their friends and family. What you eventually realize from that metaphor is that anyone can get into your house. We see these connections to other people on the Internet as bridges but they’re really windows and doors. Anybody can look at you at any time and anyone can just waltz through the door. So the horror aspect of it for me was not saying how scary this idea is but figuring out how to make it even scarier by turning up the volume and making this ‘thing’ that emerges larger than life.”

The ‘thing’ to which Wendig refers is the book’s primary villain, Typhon, a rogue artificial intelligence that starts integrating not only online systems but also human components into its being.

“I think sometimes we say the words ‘artificial intelligence’ as if it’s this cool thing,” says Wendig. “Real artificial intelligence would be terrifying. Think about it: it’s an intelligence that we created that is able to learn and make decisions but we don’t control it and it is not human. It’s not a human thing that you’ve created. So what do you do with it?”

With its ensemble cast, Zeroes does diverge somewhat from Wendig’s popular series about Miriam Black, the spooky girl who can tell when and how people will die. That series, consisting so far of the novels Blackbirds, Mockingbird, The Cormorant, and Thunderbird, has recently been acquired by Simon & Schuster’s Saga Press after having been previously published by Angry Robot Press in the U.K. and Miriam Black has been optioned for a new series slated at Starz.

“Writing with a focus on a single character is great,” says Wendig. “It’s an interesting chance to take an undistilled look at a character. Writing an ensemble, though, gives you a great opportunity to create and portray conflict between characters. You also get the sense of mystery where one character knows something that others don’t. It gives more of a sense of a puzzle and I really like that aspect. I also used that technique for Star Wars.”

With that note, Wendig gives only the slightest admission of what was a very big deal. On September 4th, 2014, the author wrote on Twitter, “Dear Internet: I wanna write a licensed Star Wars novel. Please make this happen.” On September 4th, fans will get to buy Star Wars: Aftermath, the first canonical Star Wars book set after Return of the Jedi. The novel is part of a series of tie-in books called Journey to the Force Awakens.

“The synchronicity of that project is so bizarre,” Wendig says. “When I sent out that tweet, I had multiple forces conspiring to help me get that gig. It kind of came together at New York ComicCon. Shelly Shapiro, the editor-in-chief at Del Rey, had read one of my books, Under the Empyrean Sky, and thought it was very Star Wars-y. She liked it, and that was that.”

Despite his rather intense schedule, Wendig still finds time to communicate and collaborate with his writing community.

“On a very simple level, much of my writing about writing is simply me yelling at me,” he says. “Strictly speaking, I’m not just a novelist. I’m also working in comics and I still do the film and television thing on the side. I always say I spent 17 years as a failed novelist. I like to say that a writing career is like putting a bucket on your head and trying to break through a brick wall. Eventually either the wall falls, or you do. It just depends on which one falls first. That said, I think it’s valuable to leave some signposts behind for the people who are trying to do what I’m doing.”