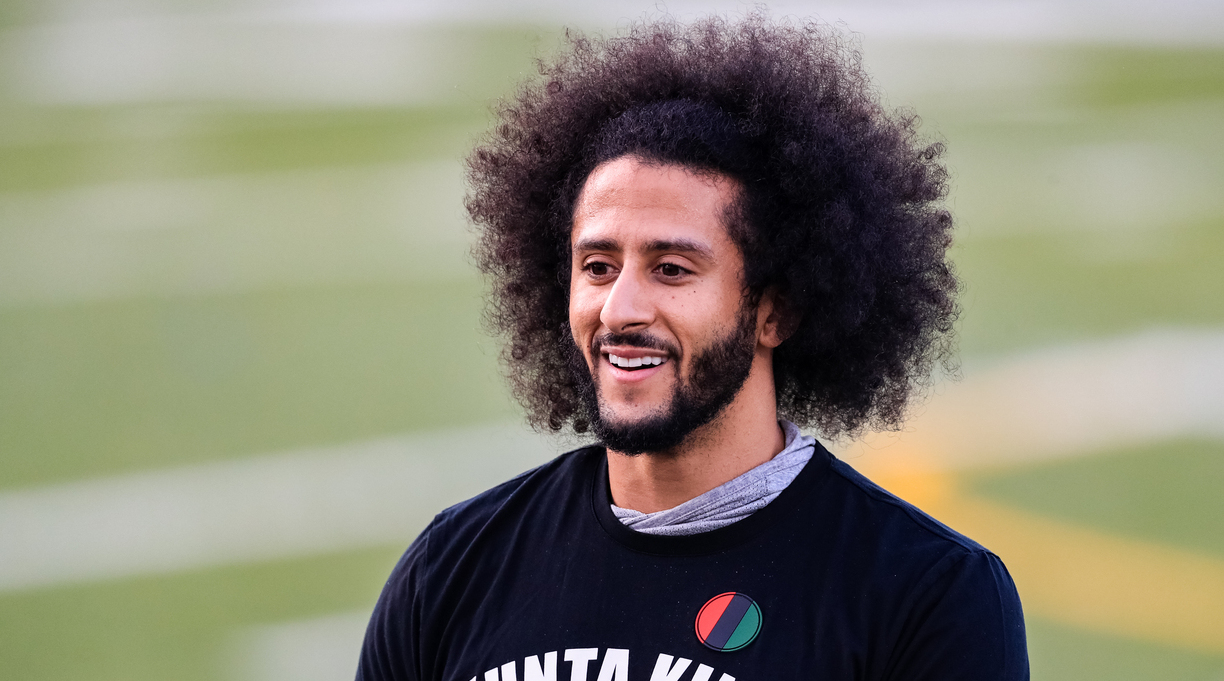 Activist and former football player Colin Kaepernick is editing a new anthology that calls for the abolition of police and prisons.

Kaepernick, known for his kneeling protests during the national anthem when he played for the San Francisco 49ers, announced Abolition for the People on Twitter. “This anthology builds on decades of organizing and writing against policing [and] prisons [and] features the work of over 30 contributors plus a reader’s guide, infographics, [and] cover art by Emory Douglas,” he wrote. “I’m proud to have edited this collection [and] hope it adds to the chorus of voices calling for a world without [and] beyond policing [and] prisons.”

Today, I’m excited to share that we at @KaepernickPub will be releasing our first title, ABOLITION FOR THE PEOPLE: THE MOVEMENT FOR A FUTURE WITHOUT POLICING PRISONS, on 10/12/21. This anthology builds on decades of organizing and writing against policing prisons… pic.twitter.com/84nUD3v4r2

The book will be published by Kaepernick Publishing, the company he founded last year.

In a news release, Kaepernick Publishing says the book will be “a manifesto calling for a world beyond policing and prisons.”

“The collection includes over 30 essays representing a broad array of voices and experiences, including political prisoners, grassroots and formerly incarcerated community organizers, scholars, and family members of those killed by the anti-Black terrorism of policing and prisons,” the publisher says. “Blending rigorous analysis with first-person narratives, Abolition for the People definitively makes the case that the only political future worth building is one without and beyond policing and prisons.”

The anthology, which will include contributions by Mumia Abu-Jamal, Kiese Laymon, Bree Newsome Bass, and Angela Y. Davis, will be published on Oct. 12.