This Could Be Her Last 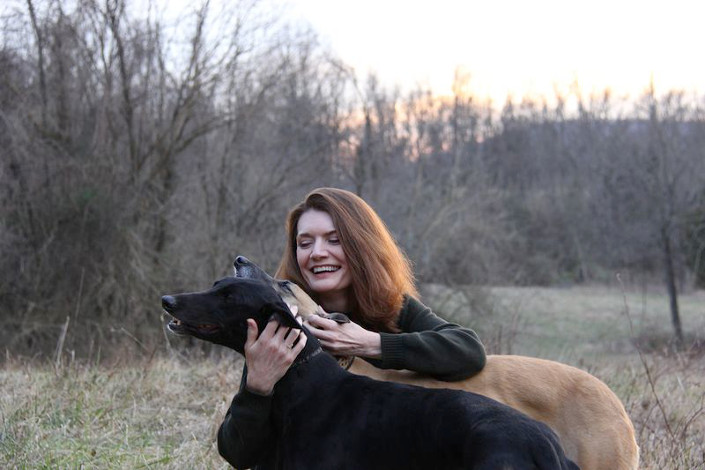 Jeannette Walls is through with writing. She says so herself, in between laughs: “I’ll never write another book. I’m through, I’m finished—I’ve got nothing left to say.” But in the next breath, she admits something that should provide comfort to any fan distraught at the thought of her absence from the literary world: “I also said that after my last two books, so don’t believe anything I say.” She adds, amid more boisterous laughter, “It’s not that I’m a liar. I’m just wishy-washy.”

After both The Glass Castle and Half Broke Horses, Walls felt like she’d said everything she had to say—in her words, she was “all wrote out.” But then, she says, “Something starts percolating in your brain, against your will.”

After The Glass Castle, her unflinching memoir about growing up poor, often homeless and in the care of wildly creative but utterly nonconformist parents, it was her mother’s story that continued to tug at Walls. Walls’ mother convinced her, however, that it was her grandmother Lily Casey Smith who had the truly fascinating life—and so Walls told that story, in her grandmother’s voice, based largely on facts but marketed as a “true-life novel.” “In telling Lily’s story, I could also tell my mother’s story, in the same way that The Glass Castle is really not so much about me as it is about my parents,” Walls says.

It’s perhaps natural, then, that Walls’ third book, The Silver Star, is more about herself. Her narrator, Jean “Bean” Holladay, shares more than just a name with Walls: She is, Walls says, a very close mirror of herself at that age.

“I’ve done well for myself,” Walls says, “but it’s not because I have this astonishing IQ or because I’m very creative, like the other members of my family. And that’s the character of Bean. She’s not the brightest bulb in the chandelier, and she’s not very creative, but she’s a straight thinker and she confronts things and she calls things as she sees them.”

In the novel, 12-year-old Bean Holladay and her 15-year-old sister Liz head for small-town Byler, Va., their mother’s hometown, after she leaves them alone in their Southern California home to pursue a dubious career in music. One cross-country journey later, Bean and Liz meet and quickly charm a long-lost uncle, staying with him in the decaying Holladay mansion while their mother sorts out her career—and life. Because money is tight, the sisters hire themselves out to local foreman Jerry Maddox, but Maddox soon shifts from an intimidating figure to a true bully and villain, and after Liz gets caught in his path, Bean vows revenge.

The novel started out, Walls says, as nonfiction, but, as with Half Broke Horses, she found herself filling in too many holes to label it as such. And, as a journalist, she sees the line between the two as clear and immovable: “I’m a little bit of a purist,” she says. “Once you start making stuff up and cobbling things together and writing things that you’re not completely sure of, unless you put in some sort of qualifier, you’ve got to call it fiction.”

And though elements of the plot and the setting are drawn from her own life, the book is fiction. “The Silver Star is cobbled together from things I observed or heard,” she says. “I took the things I’ve seen or witnessed or experienced that fascinate me and tried to put them into the shape of a story.” And with fiction, she adds, “You can manipulate things and put them all in order.”

As for which elements of the plot are true? “There was a decision that I made as a young adult that I’ve always regretted,” Walls says. “It caused a lot of

grief for my family, and it’s because I tried to take on a bully, and I’ve always regretted that. And sitting down and writing The Silver Star helped me figure out that if I hadn’t done anything, it would’ve been worse. In a truly bad situation, there’s usually not a choice between an easy thing and un-easy thing—they’re both going to be tough.”

If the ambiguity of “the right thing” was one question spinning in Walls’ head, inspiring this book, another was the difference between creative genius and mental illness. “Part of this comes from being on tour for The Glass Castle and Half Broke Horses,” Walls says. “I had so many people ask me, ‘Is your mother mentally ill; is she insane?’ And this whole concept of people who make things up and see the world differently fascinates me, because what is the distinction between creativity and imagination and mental illness and insanity?”

So Liz, Bean’s sister, toes the line between being highly creative and being unstable, as does the girls’ mother. Walls thinks the two often go hand in hand: “If you look at the number of people in history who’ve been considered creative geniuses and who’ve been posthumously diagnosed as bipolar, it’s pretty much most of them,” she says. “And I don’t put myself in that category. I tell people I’m incapable of making things up.”

Her talents, she says, lie instead with observation. And from that observation, she aims to do what all great writers do—to communicate a universal emotional truth. And that’s what’s important to Walls. “To me, that’s what it’s all about,” she says. “It’s not about awards or getting on the best-seller lists, it’s about hitting this emotional chord with your readers and having them say, ‘Huh,’ and opening an emotional and intellectual and verbal dialogue where people just start sharing things. It’s about storytelling, and if my storytelling, whether it’s fiction or nonfiction, elicits storytelling in the readers, then I’m a happy camper.”

Walls delights in her books being book club selections and is regularly touched by the letters she receives from young readers thanking her for sharing her story, because it is similar in some way to theirs. And she’d love the same result from The Silver Star. “It is my fondest hope that The Silver Star elicits similar conversations,” she says.

Storytelling and art, for Walls, are not necessarily one and the same. She laughs, recalling a review of The Glass Castle whose critic wrote that the book tells a good story but questioned whether it was art. “I don’t give a rat’s behind whether it’s art or not,” Walls says. “I don’t need to be called creative or a genius—in fact, I would sort of reject that. I don’t care whether I’m a literary darling. What I care about is just sort of making people reconsider what they think they know about themselves and others.”

Jaime Netzer lives in Smithville, Texas as the L.D. and LaVerne Harrell Clark Writer-in-Residence. She is at work on her first novel.