A Book Invites Young Readers to the Powwow 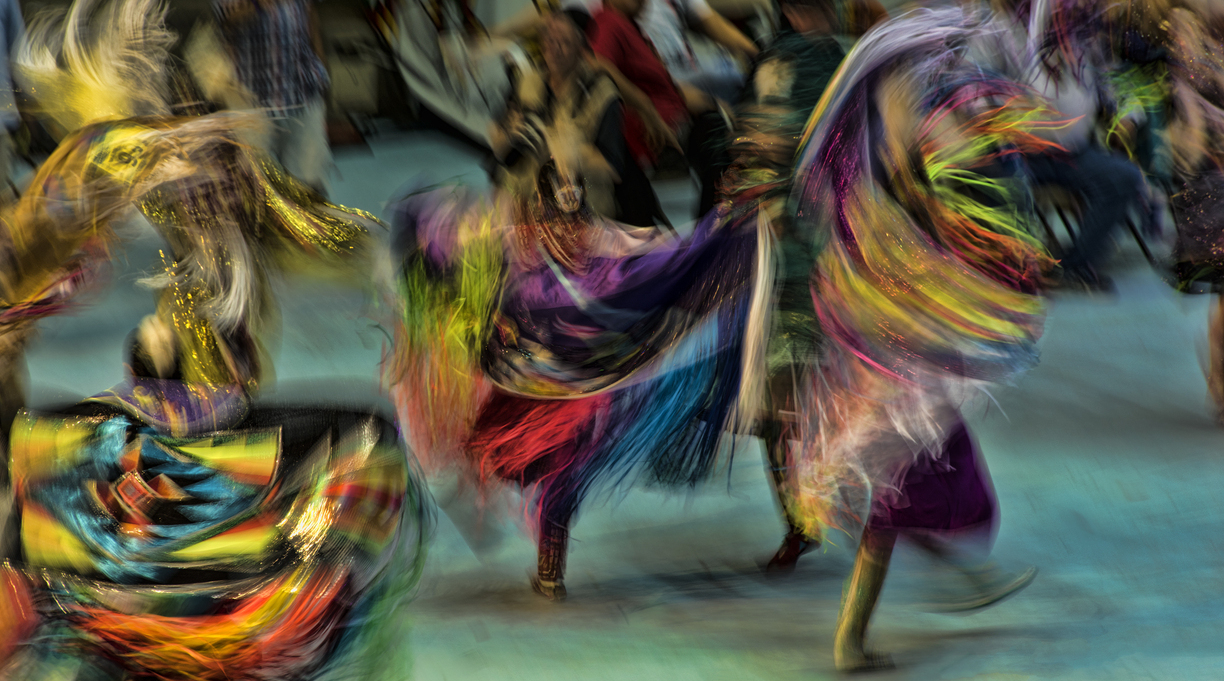 As the editor of and a contributor to Ancestor Approved: Intertribal Stories for Kids (Heartdrum, Feb. 9), Cynthia Leitich Smith (Muscogee Creek) showcases the winter 2021 launch of her new HarperCollins imprint that centers Native and First Nations voices. This anthology of contemporary realistic fiction presents loosely interconnected stories and poems, all focused on a Michigan powwow, in an accessible, entertaining volume that will draw in young readers. The diverse range of authors includes acclaimed veterans such as Joseph Bruchac (Nulhegan Abenaki) and Tim Tingle (Choctaw) and rising stars like Christine Day (Upper Skagit) and Carole Lindstrom (Turtle Mountain Band of Ojibwe). Smith spoke with us over Zoom from her home in Austin, Texas; the conversation has been edited for length and clarity.

This collection will be such a powerful mirror for many readers while also serving as a window thanks to the tremendous diversity of the characters and contributors.

So many teachers have told me that they will read one of my books [in class] and be surprised to find out that one of their students is a Native tribal member. I was in Houston doing a school visit, and a little girl—she was so cute, maybe 7 years old—said that she was a Cherokee tribal member. She’d stayed to talk to me, and she ran [out] screaming, I’m Cherokee! Her teacher looked at me and said, I had no idea. I assumed she was Latinx. I said, she might be both. There is a tendency to forget that intersectional element. In my own nation we have Black Muscogee citizens. So [the book is] one way of reflecting to Native kids, and also grown-ups who connect books to them, that though we may seem invisible, that doesn’t mean we are. [Adults] can hopefully begin recognizing that once they see it on the page—and then transfer [it] to what they’re doing in their real-life spaces.

Did the anthology take any unexpected directions as it was underway?

It struck me when I was looking at some of the thematic connective tissue [that I ought to] provide some bridging for both Native kids who were unfamiliar with powwow—not everyone’s from a powwow nation; you see that in the stories—or [those] who are non-Native and have maybe a media snapshot, Indians and feathers and that’s all. Poetry, because of its deeply felt nature, could speak to some of those themes and provide a bookend to both introduce the anthology—to set a tone and foreshadow what was to come—as well as to reflect back and further contextualize. I’m a fan of backmatter, but there is a tension with Native literature where for so long the emphasis was on books that were designed specifically to teach about us rather than to center stories deeply rooted in our humanity. Poetry seemed like a way to achieve some of those sincere and heartfelt desires without flattening the characters into curriculum paper dolls. One of my concerns as we talk about curriculum and books and the importance of it—and it is extraordinarily important—is that in our need to provide testable, quantifiable knowledge, we don’t forget the most important lesson, which is that we are talking about real human beings. It’s important that we get to know characters whom we can see as friends and whom we can identify with as representative of shared parts of ourselves.

Why aim this at upper-middle-grade readers rather than going younger or older?

I run a large children’s literature resource website and a blog called Cynsations and so we’re constantly tracking what’s being published. I, of course, have a heightened awareness of Native contributions. There was a year where the only middle-grade representation I could find was in a We Need Diverse Books anthology called Flying Lessons [2017], edited by Ellen Oh. There was one short story in there by Tim Tingle—who is Choctaw, one of our contributors, and an honored elder. I was excited that his voice was in the mix, but I couldn’t find anything else for that entire year that I felt was something to highlight—and I was really looking.

Photo by Christopher T. AssafCertainly, we need more of everything, but middle grade is, in some ways, really decisive. There might be a kid who will connect more with a story like Eric Gansworth’s, which skews more to tween, but is comfortable and readily competent reading a story like mine or Dawn Quigley’s that we think of as core middle grade. Having both of them in there gives them a place to go. Having published a previous short story collection, Indian Shoes, one of the things I noticed is that short stories that are interconnected are tremendous confidence builders. The kid has that feeling that they have finished a story, and because of the interconnectivity, they’re pulled forward in a way that is sort of like a series but not quite as daunting to someone who isn’t a very strong and competent reader. By putting stories in that went from 8 to 12, bridging into 10 to 14, we thought, it’s OK if some of them stretch a little bit. It’s OK if others are more comfortable at times, because they’ll all be welcome.

Mainstream kid lit often starts from an assumption that siblings are a pain and older people know nothing of value. This book is refreshingly free of that messaging, which can alienate readers whose cultures say otherwise.

Honestly, that didn’t even occur to me when I was looking at the stories. I do remember thinking that it felt unabashedly Indigenous, that there wasn’t a negotiation for outside expectations but that the writers were going to a place of their own hearts and truth. Obvious caveats: Yes, there is diversity within [tribal communities]. Yes, each of us has our own individual story. That said, if you look at the dialogue around the pandemic, from the very first moment there was a tremendous concern with elders and children. If you look at all of the public service posters, it was protect your grandparents, preserve the future generations.

It sounds a little hokey, I know, to say it out loud, but it is genuine, and it is deeply felt. There’s this idea of community as a sort of a ribbon that goes through from one generation to the next, the emphasis on coming together, protecting one another, passing down what we have to give—so much of what’s most valuable is rooted in our languages, culture, wisdom acquired over time, lessons learned about how to survive challenges like a pandemic. A somewhat grim running joke in Indian country is this is not our first apocalypse. When we’re looking at story, which is so highly valued, and children, who are so highly valued, there is a tendency to want to reflect that reality but also to model it. There is a tradition of teaching in the Native literary conversation that is hopefully seamless and organic and resonant. So, I do think that some of it is a reflection of those realities and that some of it is aspirational. There were some family conflicts there, and complexities, but they didn’t tend to fall into what may be overexplored for the middle-grade audience.