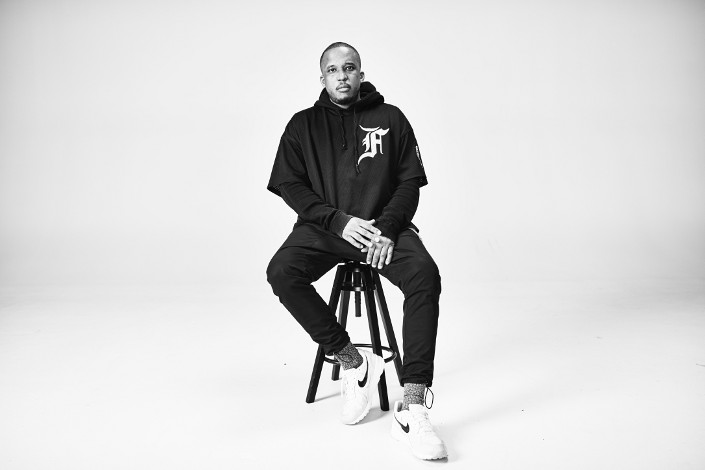 In his breakthrough 2016 bestseller, The Cook Up: A Crack Rock Memoir, D. Watkins realized the lies of the street and the power of critical thinking, declaring triumphantly that “I understood that I could be the product of my expectations and not just my environment.” Inthe newly released We Speak for Ourselves: A Word From Forgotten Black America, Watkins writes about remaining accountable to the voices and experiences that raised him in his home East Baltimore neighborhood. We spoke recently to discuss why Baltimore voices can no longer be ignored. The interview has been edited for clarity and length.

So what are you seeking to accomplish with this essay collection? Post–New York Times–bestseller list, how has your imagined audience changed?

Since traveling and having an opportunity to see many different places, I still believe a lot of people see certain populations of people wrong. And it comes out when we talk about this idea of change and we think beyond the simple things. All of the stuff that I was doing in my neighborhood and on my block with people who have direct access to me has been much more effective than the big meetings, the big galas, the big “hashtag” functions. Because a lot of those people that you meet at these big places, their focus is on things like threads they’ve contributed to, events they’ve attended, or what celebrities they’ve met. There’s not a focus on quantifiable, community goals such as ending systemic poverty or trying to pull people up. Their focus becomes a big self-serving thing.

I want people to understand we have to focus on the simple things.A lot of the population that I serve, they don’t know “microaggressions.” They don’t know “intersectionality.” When we have conversations about these terms, it’s almost like I’m speaking a different language. The first thing I say with my platform is that what is portrayed as the current state of black America doesn’t fully represent the whole black America. It’s not fair for public figures to accept that task just as it’s not fair for their audience to believe that they can summarize everything I feel just because they’ve had lunch with Van Jones or whomever. I know not everyone will get a chance to share their story, but it’s true that the perspectives have been narrow. We need more stories that show the full beautiful complexity of who we are.

There seems to be a cultural flourishing out of Baltimore these days across various creative modes with yourself, Devin Allen, Kondwani Fidel, Lawrence Burney, Rico Nasty, Serpentwithfeet. What’s been happening in Baltimore that is bringing so many distinctive black voices to the national scene?

We support each other in Baltimore. I believe Devin Allen is one of the most brilliant photographers ever. We both have this connection, this commitment, to skill-sharing through our art. Photography saved his life. Writing, reading, and storytelling saved my life. Instead of us trying to hide these skills, bottling them up and

taking our experiences on the road to write love letters to liberals about our deliverance through art, why not take these skills and make sure people from our neighborhood can do the same thing? That’s when we begin to make a difference in our own way. When I started the Baltimore Writers Project, it was a short-term thing, modeled off of the Federal Writers Project, where our goal was for the youth to document the culture of their community and get paid for the articles and posts that they contributed. We did it with a couple young people from Poly [Baltimore Polytechnic Institute] and a couple from City [Baltimore City College]. All of the students within that project graduated from high school, and I know the main two, Derrick and DJ, are doing their thing in college. I feel really fortunate for being able to have worked with them.

The police murder of Freddie Gray put the raging streets of Baltimore in the national spotlight. You write in the book about the work that took place before that moment, and everything that must take place since that spotlight has dissipated. What is that “real work” you are looking to leave with readers?

I want to leave with them that the days of Dr. King, Malcolm X, that idea of the superleader are far gone. We won’t have one person that is going to deliver us. It’s up to all of us to be the change that we want to see. It’s up to us to ask ourselves: If Freddie Gray were alive, would you try to embrace and engage with him, or are you just going to wait until he gets killed to march and sing his praises? It’s stuff that we can do now to show love. We don’t have to wait until these people aren’t here anymore. We have the power to make a difference in the lives of the people that we love and care about.

Christopher R. Rogers is a writer and educator from Chester, Pennsylvania.