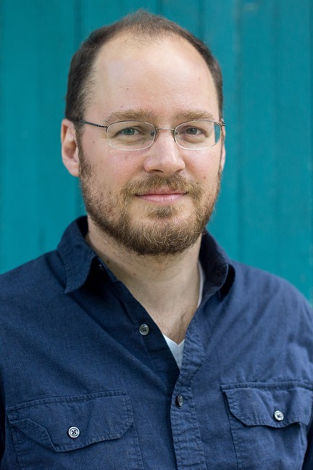 Daniel Torday, author of the wonderful debut novel The Last Flight of Poxl West (2015), has taken on the events and consequences of the Great Recession at the end of the 21st century’s first decade, and woven these historical elements into a rich and moving new novel, Boomer1, about love, work, identity, maturation, and the American Dream.

Torday’s source material for the novel, however, derives from a classic: “I thought of the novel as a retelling of Julius Caesar—largely the first three acts,” Torday explains. “The ways that Brutus and Cassius talk about Caesar struck me as close to how millennials talk about boomers—or at least how the cultural pundits talk about these generations.”

Torday views this talk with skepticism: “The idea of generations is a concept that is a kind of pseudoscience; the notion smells of the occult.” He adds, “My novel is an attempt at an indictment against fixed identity notions.”

Torday’s skepticism finds its emotional balance in the narrative framework. The novel is told from and structured around three points of view (who are the equivalents of Brutus, Cassius, and Julius Caesar): Mark Brumfield (Boomer1, whose attempts at meaningful work leave him awash in his parents’ basement and serving as a messianic messenger for a generation feeling disenfranchised), Cassie Black (Mark’s ex-lover and ex-bandmate, who ultimately gives up music and love for work and career), and Julia Brumfield (mother of Mark, a Sixties musician who turns from potential rock & roll fame toward the complicated conventions of college, mother, and house wife). Though the title of the novel suggests the centrality of Mark’s character, Cassie and Julia play significant narrative, structural, and thematic roles, almost contrapuntal, introducing and concluding the novel.

One of the great gifts of Torday’s prodigious imagination is to inhabit these two women of two generations, one playing an amped-up fiddle at the Fillmore, the other an amped punk bass in NYC dive bars. Torday’s ability to create genuine pathos out of the humor, his narrative range of feeling, is Shakspearean, nowhere more evident than in the scenes of these women and in the concluding chapter of the novel and its images of death, memory, and continuation.

In preparation, Torday spent time reading in the 19th century tradition of skeptics and radicals—Thoreau, Emerson, John Brown—as well as about the radicalism of, say, the Boston Marathon bombers. The empathy readers feel for Mark stems, perhaps, from Torday’s own attempts to understand the motivations of those frequently demonized in the media: the Boston Marathon bombers or the adolescent school shooters. “I try to remember my own adolescence and flare-ups of intense anger and frustration,” Torday explains, “which I think can be an adolescent condition. Combine that emotional wave with the lack of a frontal lobe, and you have a recipe for the catharsis of destruction. I try to imagine what feelings are being assuaged through these seemingly senseless acts of violence.”

Torday’s novel deals with expressly American subjects: rock & roll, Whitman’s democratic spirit (the closing of Mark’s video messages quote from Whitman: “Resist much, obey little / Propaganda by the deed”). It’s as if Torday has distilled the wisdom of music and cultural critic Greil Marcus’s writing, made the connections, as Torday does, to Hawthorne and Dickinson and William James, and brought forth a sweetly dark narrative music of his own.

In many ways, Mark is emblematic of what happens when 19th century values clash against 21st-century media culture. He also found himself having to go back and revise certain sections, given the election results of 2016: “After Trump was elected, I went back to earlier drafts and things that felt exaggerated before suddenly felt tame. I had to work to heighten the effects of the language of the novel. A central sin of our era,” he continues, “is that there is something great about the provocateur. Okay, maybe. But you don’t elect that person to the ultimate office.”

Torday’s novel, finally, is a fascinating American novel filled with American themes and references: historical, literary, musical, and technological. And there is a sharp eye paid in the novel to aging—a healthy antidote to the media and cultural obsession on our Fountains of Youth (Torday doesn’t let off the millennials from a little blood-letting with their hair loss and crow’s feet).

Ultimately, though, Torday’s novel addresses many issues of our time. As he says, “Generational conflict provided a way for me to talk about the identity politics that are increasingly part of our society. The left has been creating this social platform, and I wondered, what if the right takes this up? Then, Breitbart did.” Thinking about this current moment in terms of the past, Torday observes, “Creating a fixed identity was one clear way toward genocide in history. Was Julia trapped by her hearing loss and made more stuck in her historical moment? What is more un-American than that one’s identity defines one? That’s an inherently dangerous concept.”

Torday does find some room for hope, both in his novel and in our current historical, political moment: “If there were a genuine generational conflict or cultural gap, we wouldn’t see Bernie Sanders on Colbert with Killer Mike.”

J. W. Bonner teaches writing and the Humanities at Asheville School, and he writes frequently for Kirkus Reviews. An essay on Allan Gurganus recently appeared in The North Carolina Literary Review.