To Mexico and Back With Author David Bowles 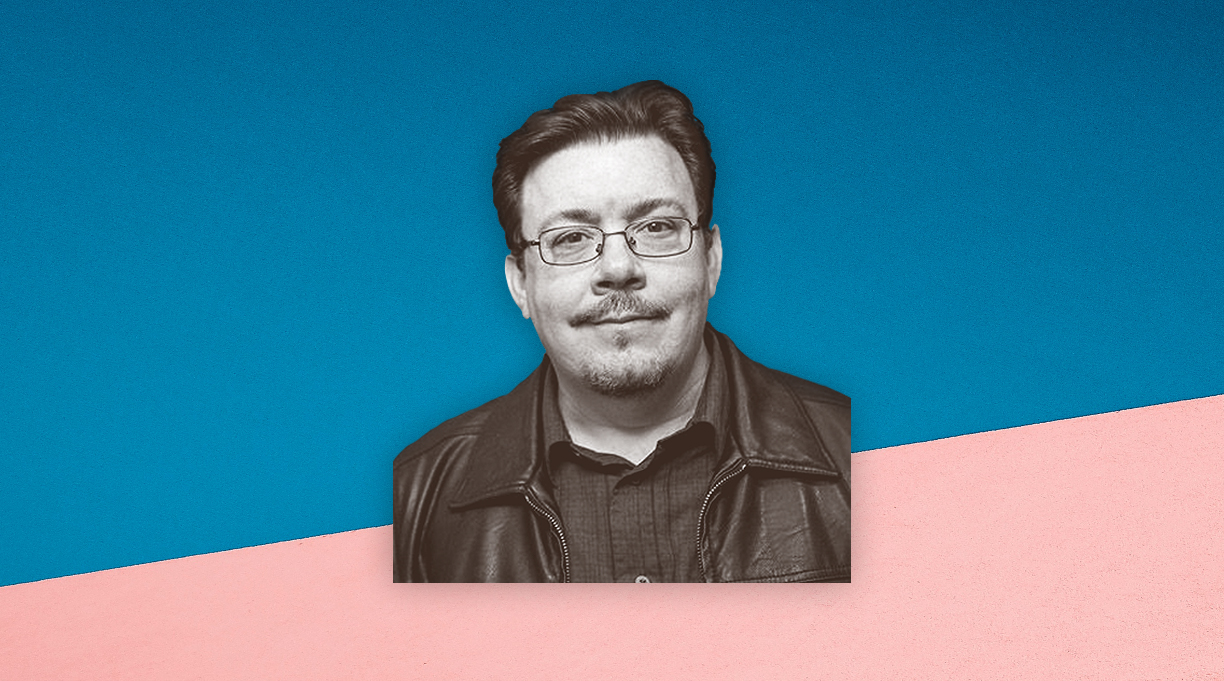 David Bowles won a 2016 Pura Belpré Honor for his middle-grade fantasy The Smoking Mirror (2015), and since then his career has taken off, with some dozen-plus books for children and young adults now on the shelves and more under contract. All draw on his Mexican American heritage. My Two Border Towns (Kokila, Sept. 14), illustrated by Erika Meza, is his first picture book. In it, a father and son make a routine trip from the U.S. side of the border to the Mexican one, visiting relatives and shopping for necessities that they giveto newfound friends among the refugees waiting on the bridge, hoping to cross into the United States. Bowles spoke to us via Zoom from his home in Donna, Texas, in the Rio Grande Valley. The conversation has been edited for length and clarity.

When did you begin working on My Two Border Towns?

It was [around] 2017 to 2018, when we were going back and forth between the towns of Progreso, Texas, and Nuevo Progreso, Mexico, where we have friends and relatives. We began to notice a proliferation of tents on the pedestrian walkway from the Mexican side to the U.S. side. The checkpoint’s in the middle of the bridge. If you don’t have documents, you aren’t permitted to step onto U.S. soil, [so this] gets in the way of the ability of people to request asylum. People were being written down on a list, and eventually they’d be called. They were afraid of losing their place in line, so they started camping out on this bridge. We would stop and talk to these people—many of them were from Cuba, Nicaragua, El Salvador—and they had their children with them. We just felt a real sense of duty of care for people who before would have been folded into our community. We would buy medicine, food, water, and we would give the kids comics and games.

I had grown up going back and forth across the border with my dad, and we had done the same with my children, as part of this transnational community with relatives on all sides. I imagined how my kids would react, coming across these kids, and how they would likely be playing with them. I thought, that’s the story I need to tell, I need to tell the story of the joy of living in this transnational community. What a great way to counter the negative rhetoric about the place where I’ve lived for 51 years and also to bring to light the plight of people down here in a way that’s accessible to kids. Parents can use it to help border kids see themselves reflected in a positive way and see their culture and community celebrated. And let other kids say, “Oh, that place sounds fun. These kids are having a good time. And it’s beautiful.”

How did you approach the dramatically low word count of a picture book?

The advice that Matt de la Peña gave me was, “David, you’re a poet. Think of the book as a single poem. And then start cutting.” So I took the first poem fromThey Call Me Güero (2018), which is “Border Kid.” The structure was already in place about going to Mexico with your dad and experiencing the mirror relationship of the two towns. [Then I aged] that protagonist down and focused on the duty of care that the family is there for. And I had to figure out how to make the two languages intertwine. When you’re writing for middle school kids, you can slap a glossary at the back and go to town with whatever admixture of Spanish you want. I had to be a lot more deliberate about it and find ways to echo the texture of code-switching in our community while keeping it as comprehensible as possible to really young readers and making it not too much of a chore for non–Spanish-speaking people. I chose words that are pretty common, words that anybody with passing knowledge of Spanish should be able to handle. That also felt like the way people flip back and forth between the two languages. And that’s something I tried to keep in place also for my Spanish version of the text—to do that, but in a mirror way.

And then there are Erika Meza’s illustrations.

I told Joanna Cárdenas, our editor, “I know this might not be the kosher way of doing things, but I need to talk to Erika. She’s from the Tijuana/San Diego area, and we are from a similar culture. And I know that if we talk, we will be able to see eye to eye.” And so we had a couple of great phone conversations, and everything clicked. It was a really, really nice collaboration. I just love the fact that [publisher] Kokila was completely OK with our having a relationship. [She included] these things that appear in any little border town. And a reader who’s in the know will immediately recognize it.

Your career has really taken off in the last few years.

There’s a verb that we use in Mexican Spanish, talonear, which means basically to get after it, to hustle. I come from a working-class family, and I learned life is mostly not going to give you opportunities; you’re going to have to work really, really hard just to survive. But if the door does open for you, then you need to get your ass through it and get working. You don’t know when that opportunity is going to come again.

The things that I see in our nation make me really concerned about the future of publishing for underrepresented groups. And whether we’re queer or disabled or BIPOC [Black, Indigenous, and People of Color], it just feels like there may be a time when it’s not as easy anymore. Not that it’s super easy now, but it’s certainly easier than ever to put these kinds of stories out there. It may be that the window closes or narrows for a lot of us for a time before we’re able to open it back up.

I don’t think so. I’m able to do work in one area without thinking too much about the other area, but they’re intertwined. Some of the things that I choose to write about I choose because there are things that need to be said. My advocacy for my own children, for my wife, for my community, for people like us—it’s something that I can’t stop, it’s always there. One of the things that you grapple with when you’re from a community of color and you have privilege—either because you’re White passing or you have more money or you’re male, whatever it happens to be—is what are the responsibilities that accrue to you? As a writer, I’m always thinking, OK, this next level of success, what does that mean? What increased capital am I going to have that I can then turn into lifting other voices up and mentoring more people from my community and pushing back harder on publishers so that they promote the literary dignity and equity of these underrepresented groups? It is all bound up one with the other and almost impossible to tease out in any sensible way.