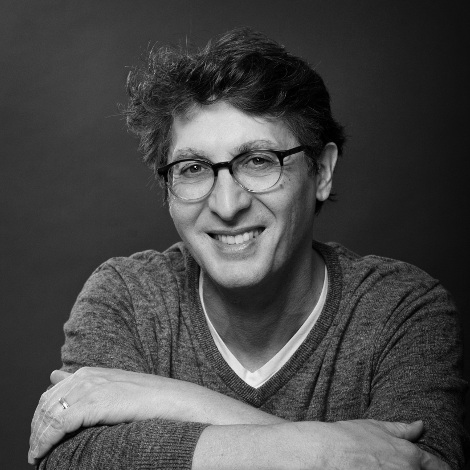 Fifty years ago, in May 1969, three members of an unlikely supergroup, one of rock’s first such conglomerates, released their first album. Marked by soaring harmonies, unusual chord structures, sing-along choruses, and exquisite musicianship, Crosby, Stills & Nash introduced the world to such songs as “Suite: Judy Blue Eyes,” “Guinnevere,” and “Marrakesh Express,” songs that spawned countless imitators and launched the singer-songwriter revolution of the early 1970s.

The protagonists came together because, in one way or another, they had outgrown the groups that had already made them famous. David Crosby had been unceremoniously fired from The Byrds, having clashed with his bandmates one time too many. Stephen Stills had excelled in Buffalo Springfield, a pioneer of country rock, but that group had imploded. And Graham Nash was desperate to get out of The Hollies, the British pop group, and do meatier songs.

Perhaps the most amazing thing about their music, apart from the music itself, was the fact that the record got made at all. It involved a complex bit of music-industry backroom machinations to get the group onto Atlantic Records, trading away Buffalo Springfield’s Richie Furay and his new band Poco to get the deal. Writes David Browne in his new book Crosby, Stills, Nash & Young, the band hit the ground running—and squabbling, and disagreeing. It’s characteristic, for instance, that to this day they argue over where and how they met—was it at Mama Cass Elliott’s house, or Joni Mitchell’s, or out on the street in front of the Whisky à Go-Go on Sunset Strip?

They feuded over everything. For one thing, as Browne tells Kirkus, “Stills was unhappy with the name—he wanted it to be Stills, Crosby & Nash, which doesn’t have the same ring to it.” Things only got worse when they enlisted Neil Young to join them for their sophomore album. He did, adding a whole new dimension of controversy and ego-driven contestation to the mix. A live album and that second piece, Déjà Vu, constituted the quartet’s entire output until the recent release of a 1974 concert album, and while the other three teamed up on numerous projects over the years, that first record, half a century old, is their best.

Why do we remember the band, then, and why do those first albums remain in heavy rotation today? “Because,” says Browne, “they each brought something different. Crosby had jazz leanings and an avant-garde sensibility; his contributions always have interesting, with hard-to-play timings and tunings. Nash, for all his unhappiness with The Hollies, was a master of pop music. Stills was eclectic—there wasn’t a style of music that he didn’t explore, and he brought in country, rock, blues, Latin music, all kinds of sounds. And Young—well, Young was his own case. He brought Neil Young music.”

Moreover, Browne says, each was an archetype of a different kind of ’60s man: Nash sensitive and poetic, Stills rough and tumble, Crosby mystical and necessarily stoned and beautiful, Young a zapped-out back-to-the-land hippie. “Those archetypes appealed to their generation as much as the Monkees did a younger one,” says Browne, whose age was in the single digits when that first album came out. “And that’s one reason why the group was special.”

Browne, a writer for and contributing editor to Rolling Stone, had long had it in mind to write about the group. He’d done a few pieces, chronicling a fresh war that has riven the band for the last few years (with, unusually, Nash as a combatant and not, as so often, the peacemaker), but he got to work on the book in earnest three years ago. “I got in touch with all four, and Crosby and Nash were very helpful. Stills begged off, saying he was writing his own book, and Young just didn’t want to participate. I was disappointed but not terribly surprised—and it was more cooperation than I thought I was going to get.”

Browne also talked to, it seems, everyone who ever had anything to do with the band—at least the survivors, because hanging with the trio or quartet was tough duty. One reunion fell apart because of what Stills called “drug-induced confusion on everyone’s part at the time.” Clashing egos, demands for top billing and more album sides, and Still’s maniacal taskmaster style—he played many instruments and sometimes taped over others’ parts, and he would master recordings for days of drug-induced wizardry at a time—doomed many another effort to get together and relive some of the band’s best days.

“I don’t think they’ll ever be able to reignite the magic,” says Browne. “But it was magic, and it seemed to me that in this fiftieth year, that story needed to be told again.” It’s a story that takes many unhappy turns, but for all that, it doesn’t diminish the band in its glory. Browne’s richly detailed, deeply researched book makes a fine companion to a fresh spin of the music they made all those years ago.