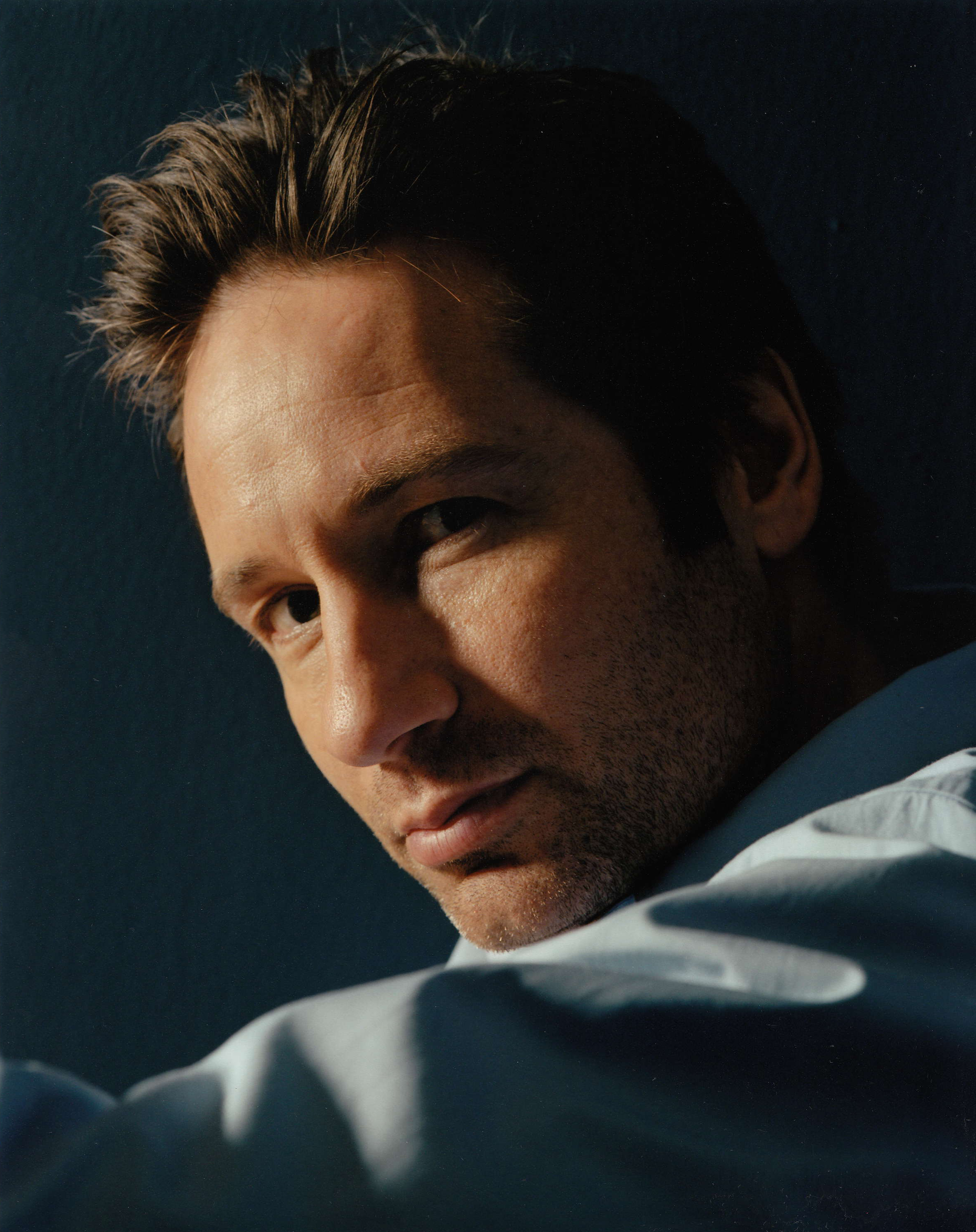 The only thing stranger than learning that David Duchovny, who’s played a few memorable cool cats on TV, has written a debut novel about a cow is that the cow, Elsie Bovary, talks like a sassy Valley Girl. “Life on a farm. It’s pretty chill,” she explains in Holy Cow. “Spend a lot of time out in the field hanging with my bffs, getting the hairy eyeball from the bulls.” For all her apparent vapidity, though, Elsie is an ambitious bovine. One night, she spies the family that owns the farm watching an investigation of industrial farming on TV. That’s her cue to set off for India, until a pig hears through the grapevine about her plans and decides to go with her, or at least as far as Israel. There’s also a turkey who would like to move to Turkey. Holy Cow is full of silliness, but it also has a deeper, more satirical humor. Duchovny clearly had a lot of fun writing the novel, but he managed to do so without beating the reader over the head with a heavy, do-good message. I talked to Duchovny recently about writing the novel.

The characters in Holy Cow are pretty memorable. How did the idea for the novel come to you?

I remember thinking, ‘Gee, if I were a cow, I think I’d try to get to India.’ It seemed like an obvious thing. If you were a cow, why wouldn’t you try to get to India? I think about animal cruelty a lot. It’s not a polemical book by any means, and I hope I never write a polemical book, but I do think about such things; me thinking about a cow isn’t so foreign to me. And then I guess I just started thinking about what other places might animals be safe from being eaten. A pig in Israel and the turkey came last and that was really just a play on words. If you have any others for the sequel, I’d be happy to use them.

Very much so. I’m very nonmethodical about many things in my life, so to be completely honest with you, if I went to a dinner party and they were serving only chicken, I would probably eat it because it’s better for me to eat it than for it to go to waste. I dislike waste more than anything.

Your dad, Amram Ducovny, published late in life, and his novel, Coney, was received well. How do you think his writing has affected your own?

Probably in ways I don’t know or haven’t really dwelt upon. I think he was an ironic comedic voice, generally. I’m not sure Coney is but in his other writings. He had published political satire and other things that were humorous. He even had a column in the Boston Globe titled “Slice of Wry.” I think in terms of my sensibility, mine is certainly influenced by his. To publish a novel at the age of 73 was mira

culous to me. It was really a testament to his perseverance. He may hold the record for the oldest debut novelist in captivity.

There are gradations of humor in this novel—there’s satire, there’s pop-culture humor, there’s a little bit of Borscht Belt humor. It seems like you had a lot of fun writing it….

I’d wanted to write a novel my whole life, really. Since I’ve been working in show business, I hadn’t thought about writing a novel. I would think about a screenplay or poem or song but never a novel. I had the idea for this novel first as an animated film a while ago, and I just woke up one morning and thought, ‘I’m going to try to write that out.’ I don’t think it’s a kid’s book, but if I thought kids might read it, it liberated me to be a little freer and a little less precious, and I felt less pressure than if I’d been working on my adult debut novel, which I can tackle now that I’ve done this. The voices you hear in the book, because they were somewhat young in my head or accessible to young readers as well as an adult, that allowed me to be silly and Borscht Belt, and I think that was a good decision I made.

You said the book isn’t polemical, but is there something you want readers to take away from the book?

I don’t think about those things, but you asked so I’m going to. When I’m asked about my movies or TV, I always say that I hope people are entertained. But if I were to sit down and think about what I would take from this novel, it’s an attitude of brotherhood not only with other human beings, but with all the animals on the planet. I think it’s because of climate change that everyone is coming around to the idea that this is the finite planet and there’s a lot of unnecessary pain and overconsumption on it and there are things around us that have feelings that we don’t normally ascribe to having feelings. I don’t think rocks have feelings; I draw the line there.

You play some cool characters on screen, Fox Mulder from The X-Files and Hank Moody in Californication, for example. Parts of this novel are pretty silly. Do you think readers will get a totally different sense of you after reading it?

I imagine. I don’t think either of those characters you mention would’ve written this book. I would hope that it has merits on its own; you would come to it and discover a voice that stands on its own and not only in opposition to Mulder and opposition to me. I want to take advantage of being a public person to get eyes on the book; it’s hard to get eyes on a book.