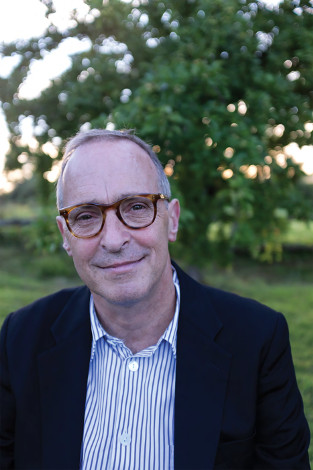 The first time I interviewed David Sedaris, I received a thank-you postcard with owl eggs on it and a brief description of his subsequent trip to buy underpants.

The second time I interviewed David Sedaris, with editor-in-chief Clay Smith for Kirkus’ Fully Booked podcast, his publicist forwarded us a cheeky limerick he’d written, rhyming my last name with “easy” and “Sneezy.”

The thing is, I’m not unique in having a David Sedaris story. Everyone who loves him does. He’s famous for engaging fans and personalizing the books of everyone who stands in line after his sold-out shows. (This can take four hours, or six hours, and he often eats dinner while signing.) And he always sends thank-you cards to interviewers, he told us, because it’s just polite.

What makes himunique, and one of the greatest American essayists of all time, is a breadth of personal experience combined with a depth of curiosity that no longer exists in the digital age. The people he meets, the stories he hears, the places he explores are grist for the mill, and Sedaris is always reaping. Like the best improv comedians, he says “yes, and...” to life.

“So much of what happens in your life is just somebody making a suggestion or somebody taking you along,” he told me in 2017. “I meet all these people who say, Why didn’t that ever happen to me? It’s because...you say no. Someone you don’t know says, Can I give you a ride? You say no. And I say, Yeah, gimme a ride.”

We were discussing Theft by Finding: Diaries (1977-2002), the first volume of his edited diaries and, as such, a subtle departure from the worldwide bestselling essay and story collections that made him a legend: Barrel Fever, Naked, Holidays on Ice, Me Talk Pretty One Day, Dress Your Family in Corduroy and Denim, When You Are Engulfed in Flames, Squirrel Seeks Chipmunk, and Let’s Explore Diabetes with Owls.

In introducing those diaries, Sedaris writes, “An entirely different book from the same source material could make me appear nothing but evil, selfish, generous, or even, dare I say, sensitive,” which is an excellent thing to remember when it comes to all his books. Because he is virtually peerless in evoking easy intimacy with readers—like we’re part of his family, and he’s just riffing in the kitchen—we sometimes forget that it is, in fact, a version. It’s his careful curation of everyday encounters that elevates them to something sublime.

The title story of his latest collection, Calypso, discloses a spur-of-the-moment, middle-of-the-night, surely illegal excision of a benign lipoma he plans to feed to a favored snapping turtle, but he lets us in just as far as he wants. He’s always such a competent, congenial host, we’d follow him anywhere: to a nudist colony, to France, down a wending road in pastoral England.