Dean Wesley Smith: The Self-Publishing Bestseller on ‘How I Did It’ 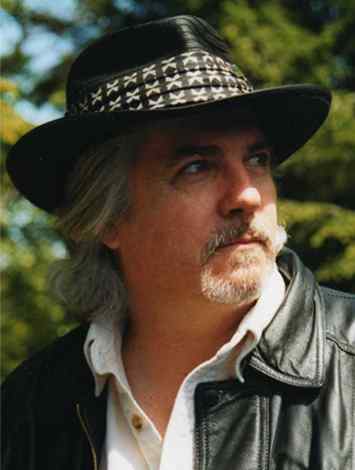 For me, the simple realization that books don’t spoil spurred my entry into the new world of publishing. It would seem a logical thing, considering that I collect rare books. Plus, my wife, writer Kristine Kathryn Rusch, and I have a house full of books we’ve written. These books sat on the shelves just fine, never once emitting a foul, rotten odor.

And the old manuscripts for those books, some dating back to the mid-’70s, filled file cabinets that jammed most of two rooms. And no stink came from them either.

Yet, from the very first short story I sold in 1975 until May of 2010, I had considered my own books and stories in much the same fashion a grocer thought of fruit put out to sell.

Read more stories from our Indie writing and publishing series with Theresa Ragan.

And New York traditional publishing considered all books in the same exact fashion, from purchase through profit-and-loss statements, to sale points, to returns. Books were designed to last for only a short time, and then either to be sold or destroyed.

Exactly like a banana is timed to hit a grocery store shelf. Exactly.

This hadn’t always been the case in publishing. But the “books spoil” belief dominated everything by the time I entered publishing in 1975.

Of course, in certain areas of publishing, such as young adult, the long life of some books are celebrated and pushed. But for the most part, publishing treats books like fresh produce that if not sold quickly will spoil.

Even as a book collector, I bought into that thinking as a writer.

And, honestly, I really had no choice. The only viable option for professional writers, for at least the last five decades, was to sell to traditional publishers.

But by 2009, the three-plus decades of fighting that system had worn me down. Traditional publishers had become corporate masses of conflicts and infighting, and contracts were becoming draconian and far, far out of balance for the writer.

The attitude in New York was simple: They didn’t need writers, the writers needed them. Traditional publishing, as a system, treated writers like cattle to be pushed aside or ignored.

And by 2009, writers had become stratified into three ugly masses.

First, at the top were the bestsellers. Already established, these lucky folks had no clue how publishing was treating the rest of their kind below because they were being treated just fine and were too busy to look down.

Second, the long-term midlist writers who were being forced out, or forced to write the most recent clone of a bestseller. When Ursula K. Le Guin is told to write something more like Harry Potter, you know things are bad.

The third group were the new writers, forced by the publisher outsourcing of slush, they had to turn to baby agents who had no clue how to sell a book and were often given the bad advice to rewrite perfectly good books into clones of bestsellers in the hopes that they would sell. Add in that new writers were often forced to put up with the rudeness of no response as a form of rejection.

By 2009, publishing had become a nasty, ugly, rude place to work for most writers. Basically, it was a churn that brought in and spit out writers like a nasty Orwellian-like machine.

I, for one, was tired of it. After 100-plus novels through the system, I had decided to pretty much move on. I would finish the last few contracts I had and just fade away, write some short fiction, go play some poker.

Then my wife Kristine walked into my writing office on a fine day in May 2010, laughing. She told me about a $12 payment she had just received from Amazon for two short stories.

The previous fall I had tested the new electronic book world of Amazon with a couple of her short stories and a couple of mine. And then promptly forgot about them.

As Kris stood in my office door laughing about the $12, not in a bad way, but in an astounded way that those two stories had made 12 bucks in one month, I understood finally the new world we had just entered for writers.

I glanced at the 14 file drawers crammed full of short stories I had written and sold, and miraculously they turned from dead fruit to pure gold right in front of my eyes.

At that moment, I knew I would never leave writing and the publishing industry.

For the first time in my lifetime, writers had viable options for their work besides the churn of traditional publishing.

I knew, for a fact, that eventually traditional publishers would move back toward a more balanced approach to dealing with writers because writers are no longer forced into a single system. Options always bring balance.

So last summer, I found myself going into my office excited to be writing again. And like a drug flashback, I remembered how I had felt in 1975. How the excitement of getting published for the first time felt, how the fun of learning and the thrill of finishing a book felt.

I was experiencing it all again. Writing and publishing was fun again, an honorable profession I wanted to be a part of.

Why did I feel that way? Two reasons. First, I had options. And second, I knew that what I wrote that day, if good enough, would never be tossed away like so much spoiled fruit.

Dean Wesley Smith is the bestselling writer of over 100 novels and hundreds of short stories. He has also worked as a publisher for Pulphouse Publishing and an editor at Pocket Books. He is married to bestselling writer Kristine Kathryn Rusch and they live in a book-crammed home overlooking the Pacific Ocean in Oregon. You can read more of his ramblings at deanwesleysmith.com.