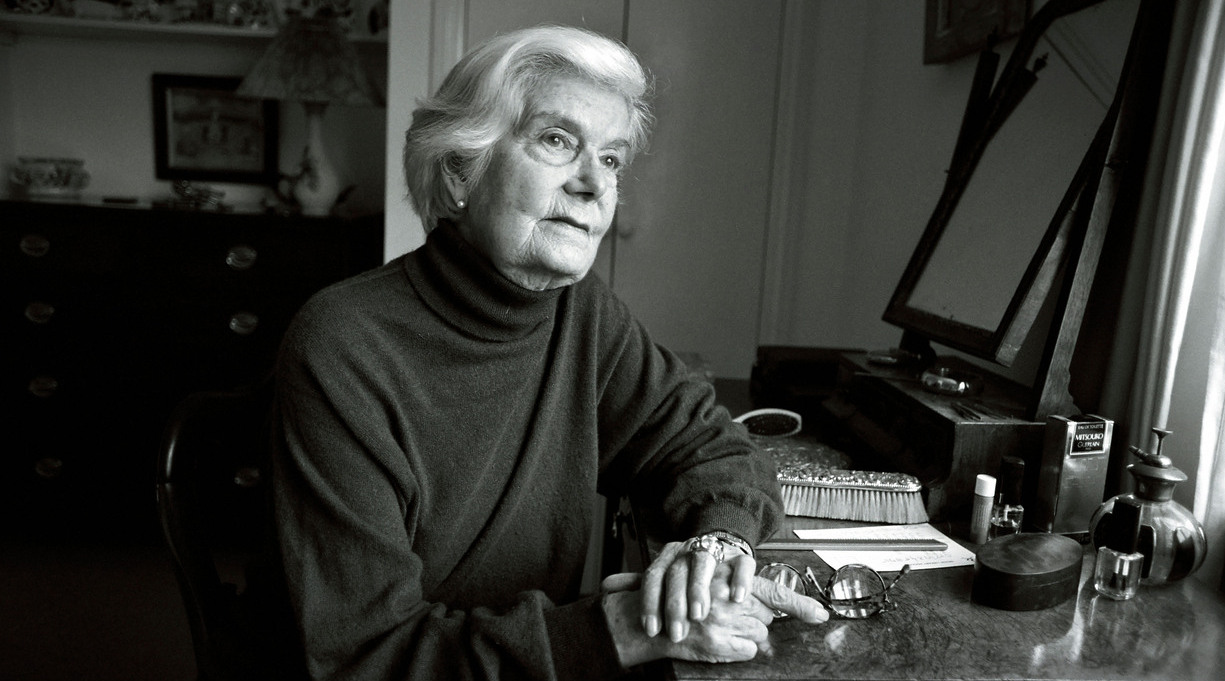 After finishing work on this year’s Kirkus Prize and the Best Fiction issue, I found myself wanting to read some older books—not recent titles that I missed, and not classics, but ones that have been sitting on my shelves for years. These are books that have been through several moves without being weeded out, books that I’d just never had time for. The first thing I found myself pulling from the shelf was a collection of Mary Wesley paperbacks I acquired sometime in the early 1990s when Penguin was promoting her backlist.

Wesley was born in England in 1912 and published her first novel at 70. Her authorized biography is called Wild Mary, which gives you some idea of her life. Her books aren’t what you’d expect from a white-haired English grandmother—there’s drug smuggling, lots of sex, quite a few accidental murders, and a surprising amount of incest, all written about in a deadpan style: “It was during the bombing in the autumn of 1940 that Helena bought two adjacent houses in Enderby Street. The price was low, the owners anxious to get away from London.” Nothing fazes Wesley or her nervy women.

In Wesley’s first novel, Jumping the Queue (1983), widowed Matilda Poliport finds herself, in her 50s, ready to end her life, not wanting to be a bother to anyone as she ages. She makes a plan: She’ll take a lovely picnic to the lake where she goes swimming and, after eating cheese, drinking a bottle of wine, and taking a bunch of sleeping pills, abandon herself painlessly to the tides. She’s interrupted by an annoying group of young people who want to plant themselves on the large, flat rock where she’s sitting: “She’ll be gone soon, don’t worry. It’s a super rock, just the job, super.” (Wesley’s dialogue is sharp as broken glass.)

Too irritated to try to wait them out, Matilda leaves and soon meets up with Hugh Warner, a man who’s been all over the tabloids recently as “the Matricide,” having killed his mother with a silver tray. He too is trying to drown himself. Naturally, she invites him to stay with her, leading to a book that’s endlessly surprising and full of black humor, some of it provided by Matilda’s pet gander, Gus.

The Camomile Lawn (1984), Wesley’s second book, is her best known, having become a popular television series in 1992. (Maybe that’s why Penguin was pushing her backlist? The books have since gone out of print, though you can get them in e-book format from Open Road.) It begins just before WWII and follows its characters—a group of young adult cousins, their older relatives, friends, and neighbors—through the war and jumps to the present as they head for the funeral of their aunt’s lover. Like all Wesley’s characters, they’re unusually frank—they like to have sex and use the word fuck, and they often want to do it with their close relations. Twin brothers? Maybe they can share a mate.

Wesley is hardly the only woman to publish for the first time at what might be thought of as retirement age. Penelope Fitzgerald was 60 when she published her first novel, and Harriet Doerr was 74. Just this year, 65-year-old Bonnie Garmus published her quirky debut, Lessons in Chemistry (Doubleday, April 5), and 80-year-old Jane Campbell published a book of stories, Cat Brushing (Grove, Aug. 9). Arlene Heyman’s Scary Old Sex (Bloomsbury, 2016), published when she was in her early 70s, brings the author’s years of experience as a psychiatrist to her characters’ relationships, and she demonstrates that, as our review said, “old (and middle-aged) people have sex, too: appointment sex and spontaneous sex, passionate sex and perfunctory sex, sex with young lovers and aging spouses.” Mary Wesley would approve.