Best of 2022: Our Favorite Fiction 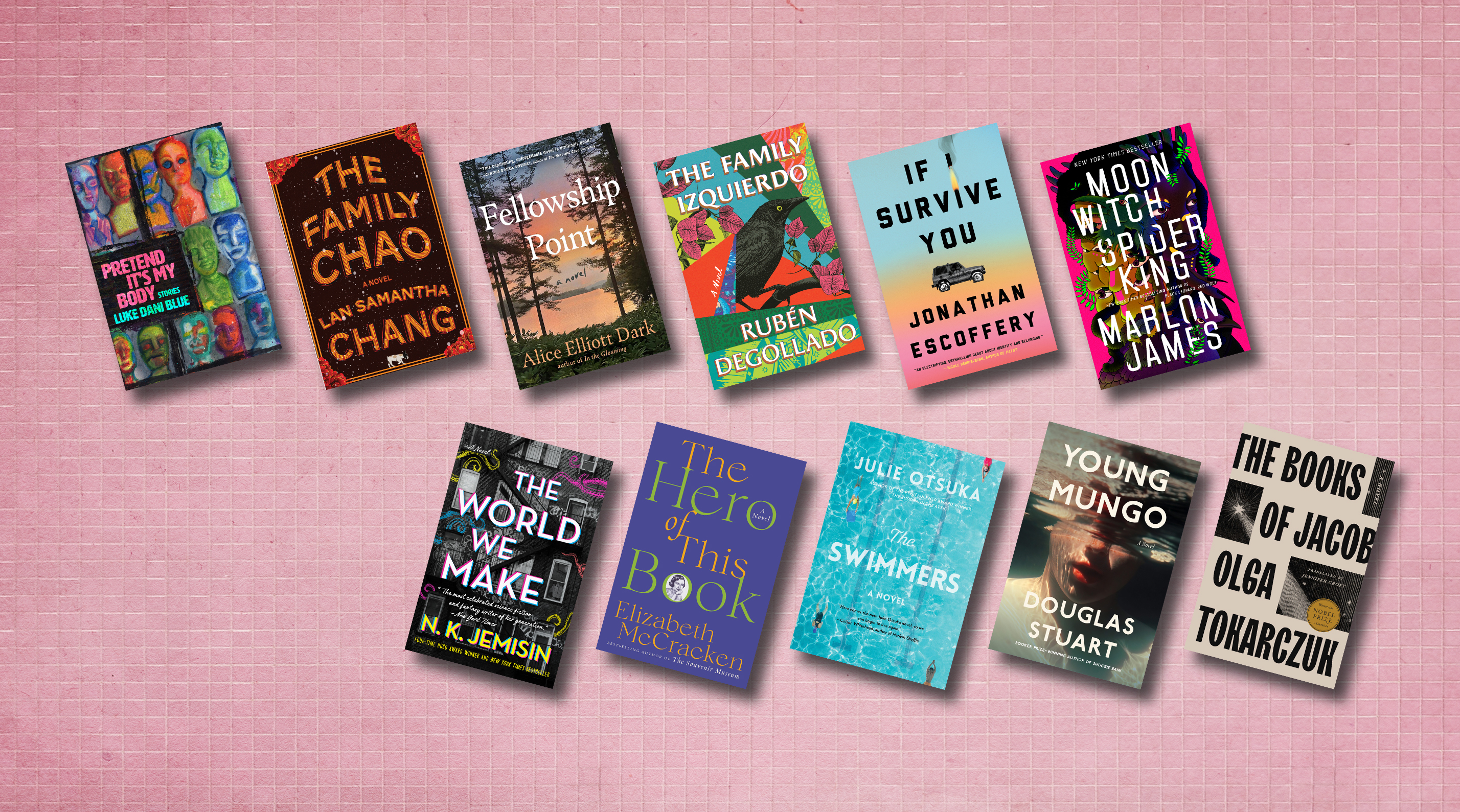 Every November, when I look back at the year’s fiction, I try to discern trends: Was this the year of books with ghosts or the year of books about unhappy young people talking about relationships? The first thing that pops out at me looking at our list of the best fiction of 2022 is a tiny but distinctive microtrend: Books about families titled with the name of that family. And to make the trend even more specific, both books that fit into it are published by Norton: There’s Lan Samantha Chang’s The Family Chao (Feb. 1), an update of The Brothers Karamazov about a Chinese American family running a restaurant in Wisconsin—our review calls it “a disruptive, sardonic take on the assimilation story”—and Rubén Degollado’s The Family Izquierdo (Sept. 6), a novel about three generations of a Texas family that believes they’re living under a curse, which our review calls “a gloriously rich epic.”

Some of the year’s most striking fiction was exceptionally long; consider The Books of Jacob by Olga Tokarczuk, translated by Jennifer Croft (Riverhead, Feb. 1), which follows the historical figure Jacob Frank, who in parts of 18th-century Ukraine was thought to be the Messiah. “A massive achievement,” says our review, and the book isn’t made any less massive by the fact that it starts on Page 961 and counts down to 1. At 592 pages, Alice Elliott Dark’s Fellowship Point (MarySue Rucci Books/Scribner, July 5) also makes a large impression with its story of two friends from Philadelphia Quaker families who grow old, sometimes gracefully and sometimes not, and consider the best way to preserve the nearly untouched land where they’ve spent summer vacations in Maine for their entire lives.

But some of the shortest novels on our best books list have just as much impact. Julie Otsuka’s The Swimmers (Knopf, Feb. 22) and Elizabeth McCracken’s The Hero of This Book (Ecco, Oct. 4) have something else in common besides their brevity: They’re both possibly autobiographical stories of a mother-daughter pair, and both make adventurous experiments with form. Our verdict on Otsuka: “The combination of social satire with an intimate portrait of loss and grief is stylistically ambitious and deeply moving.” McCracken: “Novel? Memoir? Who cares. It’s a great story, beautifully told.”

As always, there are striking debuts. Jonathan Escoffery’s If I Survive You (MCD/Farrar, Straus and Giroux; Sept. 6) is a collection of linked stories about a Miami family with roots in Jamaica. Escoffery’s voice is vivid and engaging whether he’s writing in the first or second person, in standard English or Jamaican patois. Luke Dani Blue’s Pretend It’s My Body (Feminist Press, Oct. 18) is a “collection of stories about characters on the brink of claiming new genders, sexualities, lifestyles, and even forms….Blue writes with nuance, empathy, and wit,” according to our review.

And let’s not forget second novels! Douglas Stuart follows up his Booker Prize–winning Shuggie Bain with Young Mungo (Grove, April 5), about two Glasgow boys—one Catholic and one Protestant—who fall in love in the 1990s. Our review calls it “romantic, terrifying, brutal, tender, and, in the end, sneakily hopeful.” (Listen to our interview with Stuart on the Fully Booked podcast.) And some great books are the second in a series: If you want to read Marlon James’ Moon Witch, Spider King (Riverhead, Feb. 15) or N.K. Jemisin’s The World We Make (Orbit, Nov. 1), you should probably go back and read their predecessors, but you’ll be glad you did.