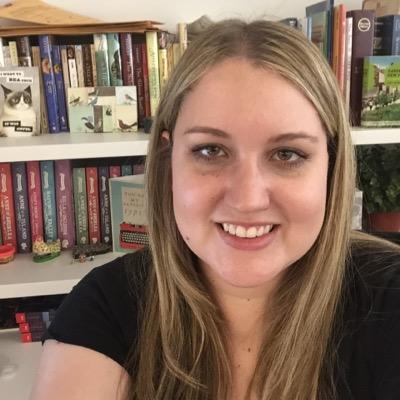 What do you think will be trends in publishing in the coming year?

I believe we’ll see people chasing To All the Boys I’ve Loved Before—so, high-concept, smart, fun YA romance. I also think we might see an uptick in YA horror with the success of The Haunting of Hill House on Netflix. And we’ll continue to see realistic contemporary stories that deal with important current event issues as well as a rise in diverse novels written by #OwnVoices authors. But ultimately, you can’t predict trends or what might be the next big thing.

For me, it’s all about the voice. There are a few genres/topics that I typically don’t gravitate toward, but if the voice is right, I usually break all my rules. I personally tend to not connect to novels in verse or books about teen or child illness. Those are personal preferences, though, and I know many editors don’t feel the same way.

In general, I’d love to see more stories of survival, socially conscious books, and fantasy that feels fresh and takes on the genre in a way I haven’t seen before. I have an upcoming book called A Place for Wolves [by Kosoko Jackson] that is a very fresh-feeling survival story that I think will work in the space. I also thought The Hazel Wood was a great example of a fresh-feeling fantasy, and I’ve been getting submissions that deal with topics I’ve never seen before. Obviously, The Hate U Give is a recent mega-bestseller that dealt with an issue we are seeing in the world, and our own This Is Where It Ends deals with gun violence.

What topic do you never want to see again?

You know, there’s nothing that I would say I never want to see again. I think trends are cyclical, and we just don’t know when we will want to read something again. Right now I’m a bit burned out on stories with unreliable narrators and a major end plot twist as well as high fantasy that feels familiar, but that doesn’t mean that in a year or two, I won’t be ready to read it again.

I also think that advances have tended to get very high, and I’d love for the industry as a whole to step back a bit on that. I worry that authors think that if they don’t get a six-figure advance that their book isn’t important, and that’s not the case at all, at least with an independent publisher like Sourcebooks.

Annie Berger is a senior editor at Sourcebooks, working primarily on YA and middle-grade novels. Annie started out as an editorial assistant at Simon & Schuster’s Aladdin imprint and was most recently an associate editor at HarperCollins before joining the Sourcebooks team. She’s had the joy of working with authors such as Jen Malone (Wanderlost), Sally J. Pla (The Someday Birds), MarcyKate Connolly (Shadow Weaver) Linsey Miller (Mask of Shadows), Jessie Janowitz (The Doughnut Fix), and Claire Legrand (Furyborn), among many others.