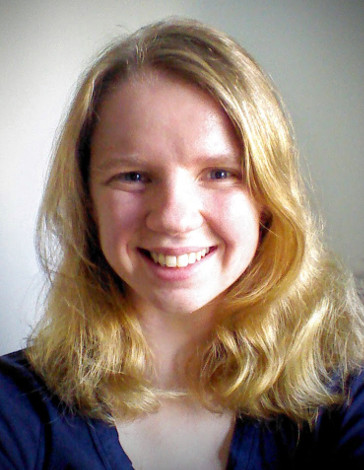 Emily Skrutskie’s space adventure novel, Hullmetal Girls, is told from the perspectives of two young women who have “taken the metal”—a process whereby a robotic exoskeleton is fused with their bodies and new consciousnesses integrated into their brains—in order to become policing weapons of the state. Such an advanced force is necessary to keep the peace in the Fleet, a collective of space ships that carries the remnants of humanity in search of a new world. The deeply religious Aisha Un-Haadvolunteered to undergo the procedure in order to support her siblings, while the upper-class and entitled Key Tanakacan’t seem to remember what prompted her transformation.

If the idea of an older sister sacrificing herself for her siblings sounds familiar, it’s no accident. “I really wanted to explore the ideas that I kept seeing presented in the media, like Hunger Games,” Strutskie says, adding it to a list of influences ranging from Battlestar Galactica to Beauty and the Beast, “where it’s acceptable to destroy yourself for the sake of someone you loved. My main thought around sacrifice is that there are not any easy answers, which is something that the characters run into a lot.”

When Skrutskie was creating her characters, she “wanted to make sure not only that I wasn’t reinforcing this idea that to be a protagonist you have to be

white and straight and a girl in the pretty dress,” she says, “but I also wanted to make the whole world around them feel like anyone could be an important player in this story.”

Aisha and Key are only just beginning to get used to their new lives as half-machine warriors when they unexpectedly find themselves in the middle of an ongoing power struggle between those in charge of the Fleet and the disenfranchised who are looking for a home. As their sympathies vacillate between the two sides, the girls are repeatedly confronted with the complex reality of power.

“When we try to frame these…moral crises, it doesn't really do anyone any good to say, ‘Oh, this is the evil empire and this is the good resistance,’ ” Skrutskie says. “In life it's never that simple, and I don't think it should be that simple in fiction, either.”