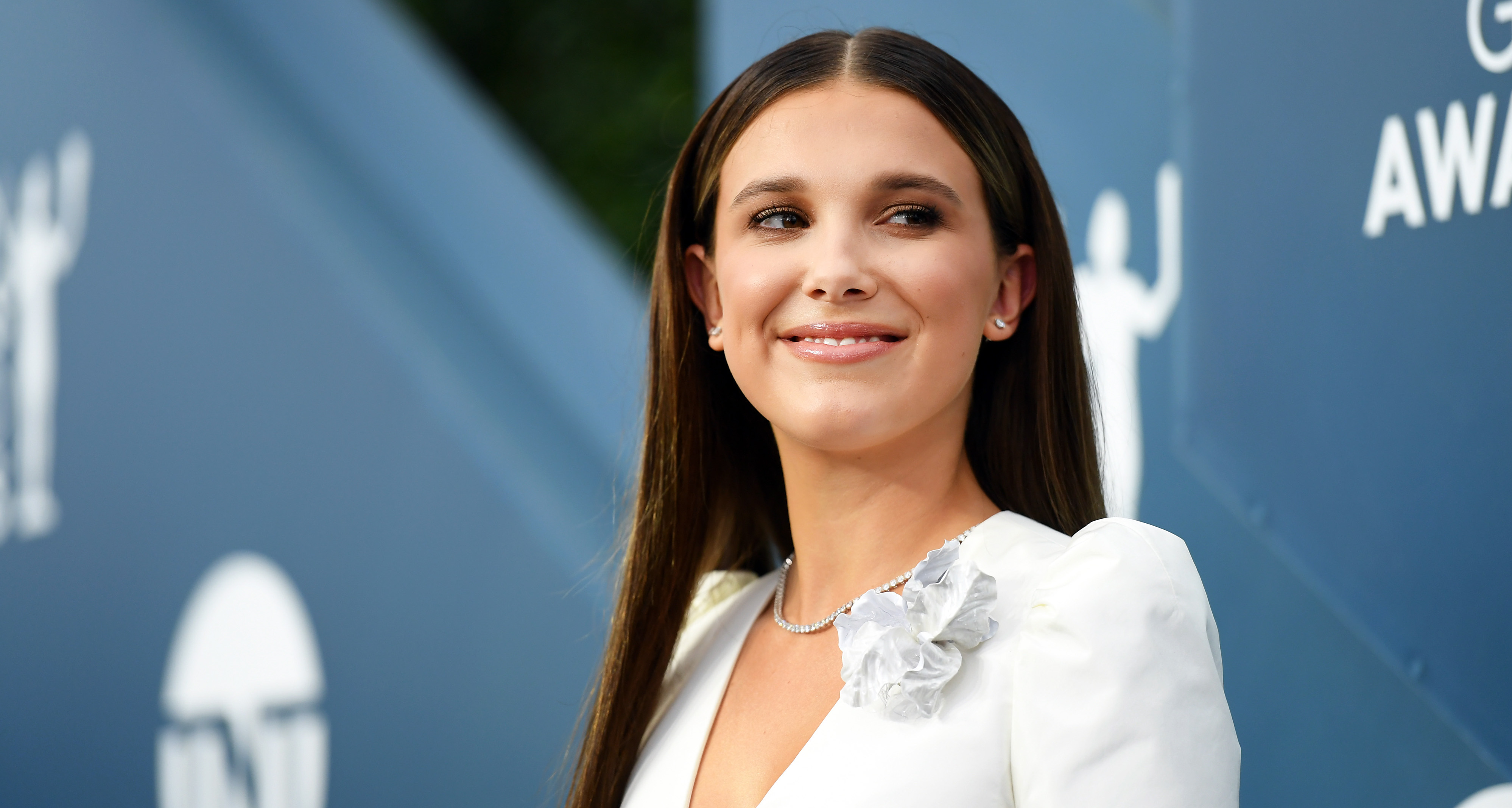 Netflix announced that it purchased the distribution rights to the already-completed film Enola Holmes, based on Nancy Springer’s YA book series about the legendary sleuth’s 14-year-old sibling. The movie, produced by Legendary Pictures, stars Stranger Things’ Millie Bobby Brown in the titular role.

The Witcher’s Henry Cavill appears in the film as Sherlock, and Sam Claflin, who appeared as Finnick Odair in three Hunger Games films, plays his genius elder brother, Mycroft. Helena Bonham Carter—who’s no stranger to YA adaptations, having appeared in multiple Harry Potter films as the villainous Bellatrix Lestrange—will play the Holmes siblings’ mother, who goes missing on Enola’s 16th birthday. According to Netflix’s summary, the teen looks into the matter and “seeks help from her older brothers. But soon realizing they’re less interested in solving the case than in packing her off to finishing school, Enola does the only thing a smart, resourceful and fearless young 1880s woman can do… she runs away to London to find her.”

The storyline appears to draw, at least in part, on Springer’s first Enola Holmes mystery, 2006’s The Case of the Missing Marquess. Kirkus gave that book a star, calling it “a tasty appetizer, with every sign of further courses to come.” Springer went on to publish five more series entries over the next four years, including two in 2008: The Case of the Bizarre Bouquets and The Case of the Peculiar Pink Fan.

Harry Bradbeer directed the new film; he notably helmed the entire run of the critically acclaimed TV series Fleabag. Its screenwriter is Jack Thorne, who previously adapted Philip Pullman’s His Dark Materials series for HBO and wrote the script for the 2017 film version of R.J. Palacio’s bestselling YA book, Wonder. Netflix acquired worldwide rights to Enola Holmes, except in China. A release date has yet to be announced, but it’s expected to be later this year.