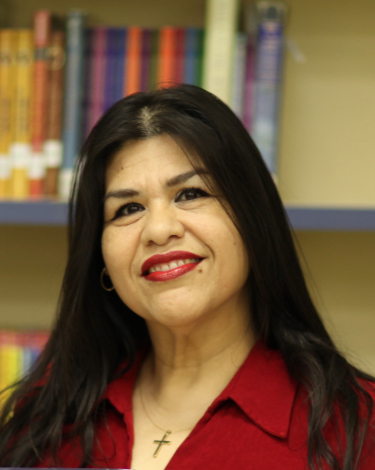 Guadalupe Garcia McCall’s new novel for young adults, Shame the Stars, deals with a bloody and forgotten time in American history. In 1915, along the Texas-Mexico border, the Texas Rangers violently suppressed real and perceived revolutionary activity by Mexicans and Mexican-Americans. There were hundreds of lynchings, countless rapes, and an atmosphere of violence that scarred the victims so badly that their descendants still aren’t talking about it 100 years later. Garcia McCall is also a high school English teacher in San Antonio, Texas; her previous novels have won the Pura Belpré Award and the Tomas Rivera Children’s Book Award. I asked her recently about the genesis of her new novel.

Why are these events so overlooked and forgotten?

A lot of times, during that time especially, people were afraid to talk. There was a lot of fear. If you said anything against the Texas Rangers, you were putting yourself in danger; you were putting your family in danger. Things got buried and no one ever unburied them. Until now. It’s time to talk about it.

Is the history emerging now?

There’s a new website Refusing to Forget, and Dr. [Benjamin Heber] Johnson’s trying to bring light to it with his book Revolution in Texas. I think when you have historians looking into it and saying, “Hey, let’s write about this, let’s talk about it,” then it’s becoming an emerging topic. Now it’s happening.

Shame the Stars isn’t all revolution and violence. There’s a love story as well. We even see the couple on the cover.

I want people to not forget what we’re talking about here. We’re talking about real people who looked this way. I wanted people specifically to see Joaquin, who’s blond, but that doesn’t mean he’s not Mexican through and through. And Dulceña is the opposite, she’s dark-skinned. We come in all colors and shapes and sizes, and we’re proud to be Mexican-Americans. It’s the inside that’s important.

We also get Joaquin’s poems. It was nice to flip that gender expectation a little bit.

[In my classes], I have always had the male poets. No one knows until they come to my class, where I throw in poetry as much as possible. It's interesting to see them come before school and have them say, “Miss, I wrote that.” They’re out there, these sensitive, wonderful young men who have something to say. I wanted to create something like that. My father was very much like that.

Do your father and family appear in your writing?

We all do it in some way. You write what you know, sure, but you also bring things you didn’t know you were bringing. I’ll say, “Oh that’s my dad.” For a while there I didn’t know why Joaquin was blond. Well, my father’s blond; he has white hair now, but he has green eyes. So gray-haired Acevedo is my father now, and Joaquin

is the younger version of my father. Actually, [my father] would tell us the stories of what the Texas Rangers would do, and I thought he was exaggerating.

Yes, when I started doing the research, I called him and said, “You were right.” He said, “Mija, why did you not believe me?” He’s a very passionate man, even more so than I am. So I said, “You would get so into these stories and get so upset that I thought you were adding stuff.” It created more of a bond between us. It was nice to talk to him about it and get his point of view and perspective.

Richard Z. Santos is a writer and teacher in Austin. His work has appeared in the Morning News, Cosmonauts Avenue, the Rumpus, the San Antonio Express News, and many others. He’s currently finishing a novel.