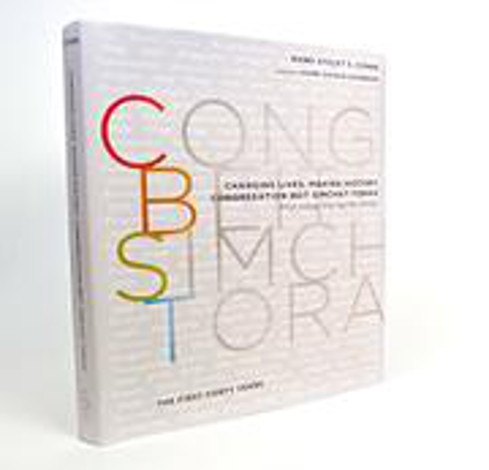 Indie publishing is an increasingly popular option for religion writers, offering them a unique opportunity to expand on their thoughts and describe their own experiences. In some cases, self-publishing might be the only way to put across controversial views or touch on sensitive subjects. This was true for Qasim Rashid when he was looking to publish his memoir, The Wrong Kind of Muslim. Every traditional publisher he approached “included the caveat [that I would have] to either tone down the graphic violence described in the book, make it a novel, and/or not be as critical of extremist organizations,” he says. One editor put it bluntly, Rashid remembers: “We don’t want the Taliban targeting us.” Going the indie route let him tell his story the way he wanted to, without watering it down or self-censoring.

Frank Schaeffer, author of Why I Am an Atheist Who Believes in God, found that self-publishing was a way to avoid the simplistic branding publishers can apply in the search for bestsellers. He recalls that “they wanted me to craft this book to fit their marketing strategies. ‘Does it go on the New Atheist or the Religion shelf?’ they asked. ‘Can you rewrite it to fit one or the other?’ My answer was no.” The result is true to his nonbinary thinking and has connected with readers in ways a more conventional book might not have: “My acceptance of paradox, rather than the usual either-or view…strikes a note of truth with more people.”

Below we profile four self-published books about religion that exemplify all that’s great about indie publishing.

The Wrong Kind of Muslim: An Untold Story of Persecution & Perseverance by Qasim Rashid

In the 1980s, Pakistan’s anti-blasphemy laws encouraged targeting of Hindus and Christians as well as minority Muslim groups. Attorney Qasim Rashid’s family, part of the Ahmadi Muslim sect, experienced persecution and racial profiling in Pakistan as well as in America after their immigration in 1987. In The Wrong Kind of Muslim, the history of terrorism comes through not via dry facts but by way of conversations re-created from his 2005 trip to Pakistan. One cousin who was held captive and tortured

still suffers from PTSD. Worldwide, religious minorities still face violence and even martyrdom. “The antidote,” Rashid argues, is “education and compassion.” As his father taught him after a fight with a school-bus bully who called him names, rather than responding with violence, “You try to win his heart.”

Rashid is a sought-after spokesperson on preventing youth radicalization and anti-Islamic rhetoric. His upcoming book about intercultural dialogue and its role in combating ignorance and racism, Talk to Me: The 5 Conversations We Need to Have But Aren’t (Dec.), is also self-published and funded by a Kickstarter campaign. “Indie publishing allowed me to write my own narrative and give voice to the voiceless in a manner that I do not believe was possible otherwise,” he asserts.

Congregation Beit Simchat Torah is an innovative New York City synagogue that has welcomed LGBTQ members for nearly 40 years. Ayelet Cohen, who worked at CBST for 10 years as an intern and then as co-rabbi, traces the congregation’s history through its struggles to find a location and leadership and then develop personalized liturgy. Changing Lives, Making History is richly illustrated with hundreds of photographs as well as newspaper clippings, letters, and member profiles. Indie publishing is

to thank for this beautiful volume: “We knew that if we worked with a traditional publisher the costs for printing a small-run, heavily illustrated book with high production values would have resulted in a book unaffordable to our core audience,” Cohen divulges.

Through activism and art, CBST has consistently proved its relevance to its wider community. In her foreword, Rabbi Sharon Kleinbaum writes that “CBST has created a paradigm for living a meaningful Jewish life in challenging times.” Cohen adds that “at the same time, [it] serves as a beacon of progress beyond its membership.” This is not just some insular history that will be of interest only to members of a particular congregation, but a model of how any religious body can adapt to new social realities.

Science, Art, and Christianity: Contribution to a Theology of Nature for Our Time by Rudolf B. Brun

Science versus religion is a battle of many centuries’ standing, often marked by misunderstandings and bombastic claims. Rudolf Brun, professor emeritus of biology at Texas Christian University, where he has taught since 1977, has made a mild-mannered contribution to the debate with Science, Art, and Christianity.

The book intends to show clergy how modern science might be integrated into religious practice and briefly expounds upon Brun’s hypothesis of creation. From the Big Bang through evolution, the universe has followed its own laws, with “no interference from supernatural entities into the natural creative process,” Brun believes. Rather,

nature is “capable of self-construction.” In this framework of unimpeded becoming, an overarching Providence does not preclude the exercise of free will.

As an illustration of the human creative impetus, Brun discusses musical structure and comments on works by painter Vassily Kandinsky. Art in all its forms, he contends, is about “unity that integrates diversity”—just as the Trinity represents variety within the unity of the Godhead. By referencing leading lights from science, philosophy, and theology, Brun gives careful consideration to all sides of the science–religion debate. “Christian faith cannot ignore the understandings gained by science,” he writes; instead, these should be taken as proof of God’s love.

Why I Am an Atheist Who Believes in God: How to Give Love, Create Beauty and Find Peace by Frank Schaeffer

Like Brun, Frank Schaeffer sees human creativity as a token of our spiritual nature. As a novelist and oil painter as well as a memoirist in the vein of Anne Lamott, Schaeffer holds onto the paradox that art is both insignificant and overwhelmingly important. Indeed, from its title onward, Why I Am an Atheist Who Believes in God prizes paradoxical truths. For starters, Schaeffer proclaims, “these days I hold two ideas about God simultaneously: he, she or it exists and he, she or it doesn’t exist.”

Still, Schaeffer has attended an Orthodox church for 25 years and prays compulsively for family and friends. Such contradictions do not distress him nowadays, for they

mirror reality: “We’re all of at least two minds.” Whether playing with his grandchildren or meeting an opera singer on an airplane, he derives beauty and meaning from everyday experiences.

His previous “God trilogy” reflecting on his fundamentalist evangelical upbringing was traditionally published. This time, indie publishing made a place for a book that didn’t fit into easy categories. “Going directly to my readers with a book that was ‘too secular’ for religion publishers and ‘too religious’ for some secular publishers has been rewarding,” he says.

Rebecca Foster is an American transplant to England and a full-time freelance editor and writer. She reviews books for a number of print and online publications in the U.S. and U.K.