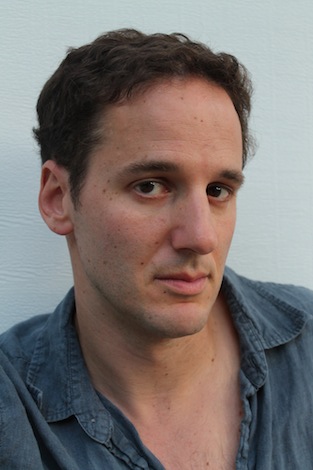 Buffalo, New York, the unofficial capital of the U.S. debt collection industry, happens to be investigative journalist Jake Halpern’s hometown. As an NPR commentator and producer, and the author of Braving Home: Dispatches from the Underwater Town, the Lava-Side Inn, and Other Extreme Locales (2003), Halpern is used to traveling widely in pursuit of a story—but his latest endeavor proves that the destination need not be far-flung to feel like a world apart.

“The thing that I love about nonfiction writing and reporting is that it gives you a chance to go somewhere you otherwise might not be able to go, and for me, this time, it was the east side of Buffalo,” says Halpern, who returned to Western New York to report a debt collection feature for the New Yorker. “I drove over there and [met Jimmy],” a low-level collector from the rough-and-tumble Bailey-Devalan neighborhood, “who took me to meet his family, to his church—Baptist church—all these parts of the city that I hadn’t seen. It changed the way I looked at Buffalo, for sure. It felt like a different world.”

That transformative experience eventually begat Bad Paper: Chasing Debt from Wall Street to the Underworld, a shocking, in-depth account of the shadow industry that entreats, cajoles and hounds the approximately 14 percent of Americans (35 million Americans, to be exact) with overdue debts.

“Much has been said and written about the subprime mortgage crisis and how risky loans were issued, bundled, spliced, diced, and sold. Far less has been written about the enormous quantity of consumer debt that is bought, bundled, and sold each year; those who trade in such debt call it ‘paper’ and they typically buy it and sell it for pennies on the dollar,” he writes.

As “paper” trickles down the collections flume to decreasingly reliable agencies, information can be distorted, manipulated and stolen. Multiple agencies may try to collect on the same debt or end up harassing innocent parties. Even when a debt is paid, failure to request proof and report the resolution to credit agencies could end debtors right back where they started, with little recourse.

Halpern’s connection with Jimmy led to Aaron Siegel and Brandon Wilson, who became Bad Paper’s unlikely protagonists. Siegel, the scion of an elite Buffalo family, raises millions of Wall Street investors’ funds to purchase a mega-bundle of debt that comes to be known as “the Package.” When that information proves to be compromised—other collectors are illegally working the same files—Siegel entreats his associate Wilson, a former armed robber turned collections boss, to employ his special talents to recoup the investment:

...[N]o matter how smart you were and no matter how many good deals you found, sometimes the only person who could check the thieves in the collection business was “somebody who actually fucking threatened them.” Brandon paused, went into character, and then barked, “Do it again and I’ll break your fucking nose.”

“Right,” said Brandon. “And they don’t really know, Will he actually punch me in the nose if I ...” Brandon nodded his head convincingly. “Yeah, I would. Yeah, I would.”

“Correct, absolutely,” said Brandon. “And at the end of that conversation, if you still persist, I will still punch you in the nose.”

That Wilson emerges as one of the book’s most likab

le characters is just one of its many surprises. Halpern’s work features a bevy of essential information for the discerning consumer—including the magic words to say in court that will likely get a debt dismissed.

And even if you’ve never received a phone call from a Buffalo area code, Bad Paper proves to be about much more than just debt.

“I never in a million years thought I’d be writing a book about debt,” Halpern says. “I didn’t think it would interest me. I thought it sounded boring. But what became apparent to me was this was a story about much more than debt. It’s a classic American [narrative], a story about all these very different people trying to reinvent themselves, whose lives are all bizarrely linked by this same ‘Package,’ the same debt,” he adds. “When I thought of it that way, all of a sudden a boring financial topic turned into something that grabbed me and compelled me to spend two years of my life on it.”