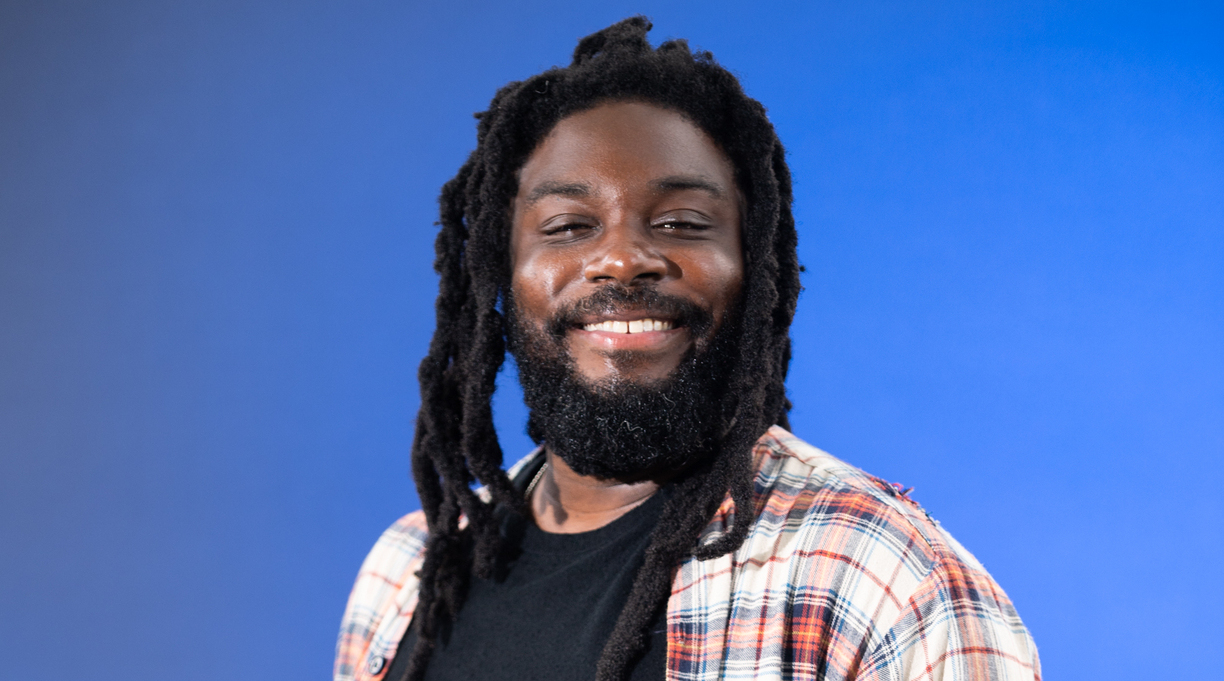 Jason Reynolds has won the Carnegie Medal, the U.K.’s most prestigious award for children’s literature, for his book Look Both Ways: A Tale Told in Ten Blocks, the Guardian reports.

Reynolds’ book, a finalist for the National Book Award, is composed of 10 stories about children returning to their neighborhood after a day at school. In a starred review, a critic for Kirkus wrote, “The entire collection brims with humor, pathos, and the heroic struggle to grow up.”

Reynolds, America’s national ambassador for young people’s literature, said he was “humbled, honored, and grateful” to win the award.

“Look Both Ways is an examination of autonomy,” he said. “It’s this idea that every child has a different journey and despite those journeys we are all interconnected—one people, one race, having similar and yet different experiences altogether.”

Also winning an award from the U.K.’s Chartered Institute of Library and Information Professionals was Sydney Smith, who was honored with the Kate Greenaway Medal for illustration for Small in the City, which he also wrote. The book follows a child on a trek to a big city; a reviewer for Kirkus called the book “extraordinary, emotional, and beautifully rendered.”

Past winners of the Carnegie Medal, established in 1936, include Philip Pullman for Northern Lights and Elizabeth Acevedo for The Poet X. The Greenaway Medal dates back to 1955; past winners include Jon Klassen for This Is Not My Hat and Smith for Town Is by the Sea.