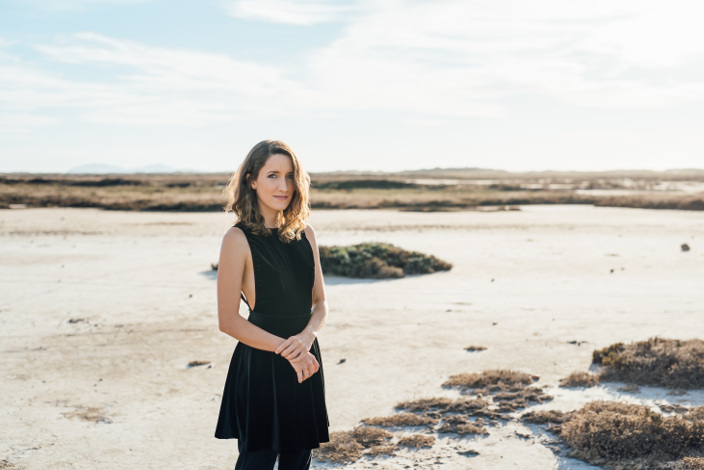 Jean Guerrero is an award-winning journalist. Her father is a schizophrenic.

No, that’s not quite right.

Jean is reckless, with self-destructive tendencies. Her father is a shaman misunderstood by Western medicine.

No, it’s more complicated than that.

None of these labels fits Guerrero or her father, which is the point of Crux: A Cross-Border Memoir, a powerful, revealing book that snakes across Jean’s life in order to understand her parents and the cultures that produced them.

Born in San Diego to a Puerto Rican mother and a Mexican father, Guerrero is currently the Fronteras reporter for KPBS in San Diego, and her work regularly appears on local and national NPR and PBS stations. Her memoir is concerned with the borders that not only run between nations, but through cultures and families.

Her mother, Jeannette, is a doctor who struggled to be recognized for her ward work. Jeannette was also raising Jean and Jean’s sister, Michelle, after their father, Marco Antonio, grew more and more unstable. His behavior changed from energetic and vivacious to paranoid and frightening. He isolated himself, then he’d disappear for months. Jeannette tried to help him, but soon Marco started using hard drugs and became convinced people were watching him, following him. Crux is Guerrero’s exploration of her father’s frightening behavior and the impact he’s had on her life and family.

“When you label someone, you do violence to them,” Guerrero says. “To label my father as a shaman or schizophrenic is to metaphorically imprison him in this preconception and make it hard to understand him. When I reduce my father to one thing, or one understanding I have of him, I’m not only doing violence to him as a person, but to my own concept of the truth, which is never black and white.”

In her 20s, while working for the Wall Street Journal in Mexico, Jean found herself emulating her father’s destructive tendencies. The only way to change her path was to confront her past.

“When I tried to erase my father or push him out of my mind, that’s when I started to act out and start following him and reliving the destructive patterns he was following,” Guerrero says. “It wasn’t until I turned and faced him and let him feel the full force of my love for him, which I’d been running away from by being him, that I was able to exorcise all the destructive patterns he had led me to relive.”

While surrounded by the beauty, chaos, and history of Mexico City, Guerrero had a realization. “I couldn’t move forward in my life if I didn’t write this book.”

But that doesn’t mean it was a good idea. “There were moments of panic attacks,” Guerrero acknowledges. “Journalism is so hard to break into. I had an amazing job and sometimes felt, ‘I ruined my life, I’m going to go broke, everyone is going to be disappointed in me.’ But I felt like I had to write this

Crux does not shy away from exploring dark moments. It’s all laid bare on the page. From the start of the project, Jean had the support of her mother and sister, but she was undeniably nervous about her father’s reaction. So after receiving the 2016 PEN/FUSION Emerging Writers Prize, she emailed him some difficult chapters she couldn’t stand to hand to him in person, and waited.

“A few hours later he texted, ‘I like ur style’ with the ‘ur’ instead of ‘your.’ It was so casual and I was like, ‘Oh thank God he’s into it,’ ” Guerrero says. “Ultimately, I wrote this not from a sense of anger or bitterness but a place of love and a desire to understand myself and evolve myself fully.”

Richard Z. Santos is a writer and teacher living in Austin. He’s currently working on his second novel. Crux was reviewed in the May 15, 2018, issue.