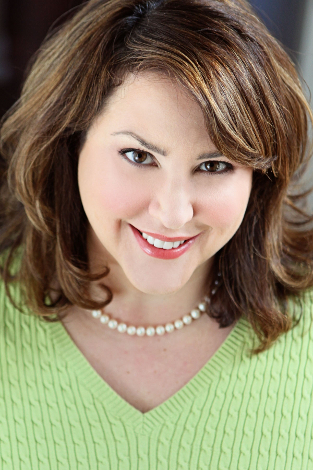 Jen Lancaster does not travel through time—but her characters do.

Her latest venture into fiction, Here I Go Again, follows Lissy Ryder, a 30something publicist who’s still living off the satisfaction of her time as queen bee in high school. Lissy’s obsession with her looks and her infamous, brutally honest retorts made her an object of fear and envy back when Kurt Cobain was first becoming a household name. She got away with everything back then. Lissy’s attitude is still one of entitlement: After a long workout at the gym on company time, she heads to the pool, demanding “extra towels, a piña colada, and an order of fries.” Then her membership is declined—no fries for Lissy. Couple that with losing her job, her husband and her svelte figure in rapid succession (oops), and always perfect Lissy is on a fast track toward self-destruction.

She focuses her energy on her upcoming 20-year high school reunion, the perfect occasion to remedy her depression by experiencing the rush of being #1 again. Long story short—after showing up to the reunion thoroughly Spanxified and pissed at her best friend, Nicole, for having the audacity to drop her off in a minivan—all hell breaks loose. The nerds she taunted in high school are skinny, accomplished and at peace with who they are—and dead-set against hopping back on the Lissy bandwagon.

Lancaster chronicles Lissy’s demise with a relentless humor that’s comparable to the raucous voice of her nonfiction books, such as her best-selling memoir Bitter Is the New Black. Lancaster says that “humor is how I deal with everything,” which is exactly how Lissy copes with her fall from grace. She tends to her bruised ego by unleashing verbal havoc on the world. And it’s so good you could lick it up: “If our classmates are too dim to figure out that they’re supposed to take the tag with their own name and photo on it, then they need a helmet, not a facilitator,” Lissy quips at one point in the book.

Lancaster is entirely familiar with Lissy’s brand of wit: “I screw things up sometimes because I always have to try to be funny,” she admits. “I’ll be at the doctor and you’d think I’m performing a stand-up routine. Somehow in my head it’s more important that I entertain her than actually get the medical advice for which I’m seeking.” It’s a similar need to please, wow and make an impression that makes Lissy more than someone you “love to hate.” She’s a complex character, one who is attempting to mask deep-rooted unhappiness. A classmate Lissy used to bully, Deva, now a wacky new-age healer, tells Lissy like it is: She’s been a terrible person. She’s still kind of terrible. And if she wants to be happy, she needs to right her wrongs.

Luckily, Deva’s willing to help a girl out—by giving her the opportunity to travel back in time to the rockin’ year of 1992.

The element of magical realism in Here I Go Again is how Lancaster makes a distinct break from her own experience, and she wants her readers to be keenly aware of this choice. Her intent in writing this novel was to “create a character that people would…very distinctly know wasn’t me.” She also achieves this goal by writing characters formed completely by imagination. Lancaster admits that she “never really experienced this concept before, but as [she] wrote the book, Deva developed on her own almost magically. She figured out where she wanted to go and who she wanted to be and took on a life of her own.”

Despite time travel and weird outfits and hot pink convertibles, the characters in Here I Go Again have an undeniably realistic quality to them. Lissy goes back in time not once, twice, but three times, coming to terms with the hard truth that happiness doesn’t come easily. Nor is it simply deserved. “At first, I was just going to do the great, big completely happy Hollywood ending. But I talked it over with my editor and she said I think you need a little twist,” Lancaster said. I’m glad she didn’t make time travel a thrilling, perfect experience. Sure, Lissy chugs magical Mayan juice and makes out with 18-year-old boys knowing that she is 37, but despite these over-the-top experiences, having to try and try again to fix past mistakes is something that no reader will find unfamiliar.

Through it all, including some pretty dark sections, the humor remains. Deva tries her hand at text messaging, and fails. Lissy takes a break from reinventing herself to tell amusing stories about her family: “Side Note: My cousin Augusta went to Catholic school in Savannah and they had a Dress as Your Favorite Saint Day during [Holy] Spirit Week. Gussie was sent home for wearing a St. Pauli Girl costume.”

The narrative voice is what makes this book memorable—it’s what allows a flawed, admittedly unlikable character to be deserving of a Hollywood ending. It takes Lissy multiple journeys into the past to achieve self-realization, but she gets there: “I’m just saying three hours of tanning and treadmilling on company time is bullshit. I accept that now. I was in the wrong.”

If we root for Lissy in the end, then Lancaster did her job. I asked Lancaster what she most wanted readers to take away from this book. “I want them to know this is not me,” she says. “I have never traveled in time. I promise that. If I had I would have blogged about it” (Lancaster is a relentless blogger).

That’s something Lissy Ryder would say.

Lancaster admits, though, that she “couldn’t completely divorce herself from [Lissy].” “Maybe as I develop as a writer that will be something I can do.” Lissy is a fine example of what Lancaster has been capable of creating as a fiction writer, but I’d rather she didn’t further remove herself from her characters. Couple her trademark narrative voice with any fictional situation, and I’ll read it.

Chelsea Langford is the editorial coordinator at Kirkus Reviews.