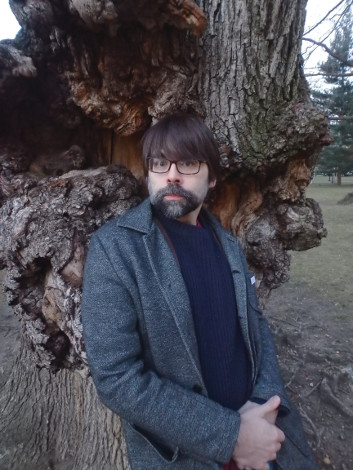 Climate change is a strange business: it’s turning hot places cold and cold places hot, making desert areas green and turning grasslands into desert. And then there’s what’s going on in Boulder, Colorado, where downpours of sharp steel shards are slicing the locals to ribbons, gruesome deaths first announced, as the narrator of Joe Hill’s novella Rain tells us, by “a great black thunderhead the size of an aircraft carrier.” It’s no way to die, uplifted arms raised to an unforgiving sky that answers only with a downpour of needles, leaving one of its many victims looking “like a pile of bloody laundry”—but then, in Hill’s roster, not many ways to check out of the world are in the least bit pleasant.

Jim Harrison, the late, great conjurer of words, used to say that the novella was the redheaded stepchild of literature, something that his publishers always worried would never find an audience among modern readers used to cat-squashing beach books. Joe Hill, the best-selling author of sprawling novels such as NOS4A2 and The Fireman (and, as it happens, older son of Stephen King), had no preconceived worries about the matter. He sat down one day, he says, to write a snapshot-like short story, and, he says, “When I finished I had half a novel.” Three more such long stories followed, and the meaningfully titled collection Strange Weather was born.

“It’s funny,” says Hill from his home in Maine. “Many of the stories that we hold in the highest regard are novellas, or almost novellas; Heart of Darkness is one. I’d had an idea for Rain for a long time, this idea that instead of water falling from the sky, it would be nails. It wasn’t until after I’d written the first draft of the story that I discovered that there really is a meteorological phenomenon called petrified rain, where the ash from a volcano gets mixed with water and, if it’s hit by lightning, can come down as a kind of sharp crystal. In this case I got lucky—I wrote about something that sorta mighta could exist.” Which just proves, of course, that the world is scarier than we think.

If there’s a unifying theme in Hill’s collection, it is, as the title bespeaks, weather—but weather of just that untoward sort, and weather that Hill is not at all reluctant to allow stands, metaphorically, for where we are in this strange time and strange world. “I rewrote parts of the book after the election,” he says, “to make these weird events seem almost natural in the world we have, which sometimes seems inexplicable to me.”

Each of the novellas connects to the others, if sometimes by a stretch, but each also stands on its own. “I tried to make it so that each has the depth of characterization that you expect from a novel,” says Hill, “but with the velocity and energy of a short story that can be read at a single sitting.” For this quality he praises a writer he regards as both a model and the best writer at work today, David Mitchell, whose Cloud Atlas he has read and reread—and that is itself really a sort of novella collection, if jumbled into a puzzling but provocative time-shifting order.

Other influences announce themselves in the four novellas that make up Strange Weather, which dip into horror, hard science fiction, whimsical fantasy and whodunit, always with the dread recognition that violence and mayhem, if not just plain weirdness, lie just around the corner. “I watch a lot of horror films,” Hill says, “and grew up loving and learning from comics, Ray Bradbury, Conan Doyle, and on and on.” Fortunately, he says, his publisher, William

Morrow, has categorized the collection simply as fiction, not pushing it off into any one genre—and that’s perfectly fitting, given all the literary experimentation that is going on underneath the surface of his enigmatic, vivid tales.

But that surface is plenty to work with, too. After reading Hill’s collection, you may want to stay out of shopping malls, brush up on your Phoenician, distrust your cell phone, worry about heavily tattooed strangers, keep as far away from clouds as possible—oh, yes, and invest in a Kevlar umbrella. According to Joe Hill’s forecast, it’s going to be that kind of weather.