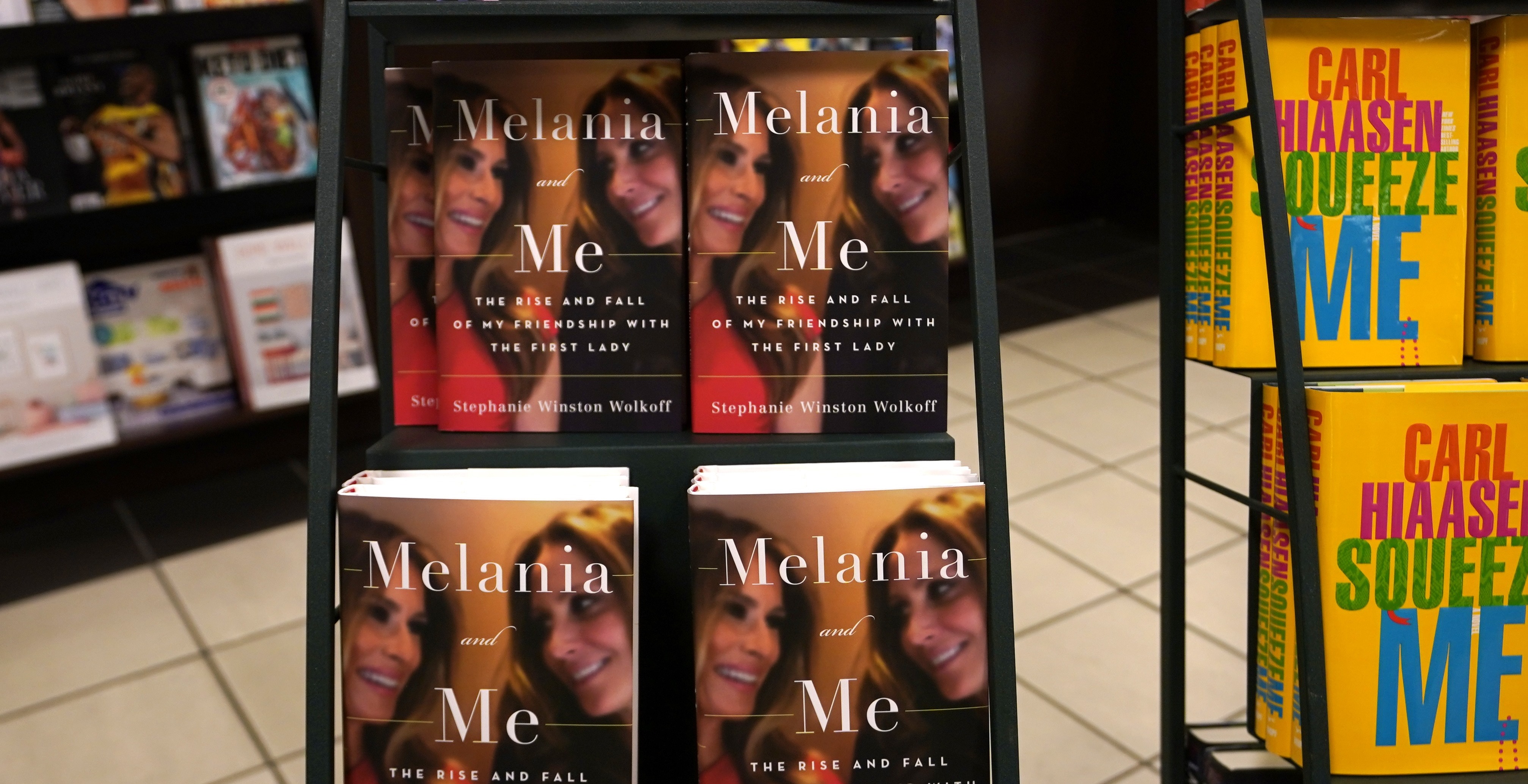 Photo by Timothy A. Clary/AFP via Getty Images

The Justice Department has sued Stephanie Winston Wolkoff, author of Melania and Me: The Rise and Fall of My Friendship with The First Lady, for violating a nondisclosure agreement, according to the New York Times.

Winston Wolkoff, a friend of Melania Trump’s from her New York days, was known for orchestrating big-league events such as the Met Museum Gala. She was hired by the Trumps in 2016 to help manage the inauguration, then remained on staff as an adviser to the First Lady until things went sour. The book offers an unflattering account of their personal and professional relationship.

The Kirkus review deemed Melania and Me, published on Sept. 1, to be “tedious and opportunistic.” The reviewer noted, “Though the author sets the record straight in mind-numbing detail—more than 80 pages cover the day-by-day planning of the inauguration—she offers scant fresh information about Melania or her husband’s administration.”

The book hit the New York Times bestseller list but attracted some negative press. In an opinion piece in the New York Daily News, Democratic consultant Alexis Grennell termed the author a “ghoul,” noting in outraged disbelief that “an adult woman is brazenly going on a global speaking tour that basically amounts to: ‘Melania was a bad friend.’”

Coming on the heels of similar suits against former security adviser John R. Bolton, author of The Room Where it Happened, and writer E. Jean Carroll, who has accused the president of rape, the lawsuit deepens the impression that the White House is using the Department of Justice to go after personal enemies. “This is a complete abuse of the Justice Dept to pursue this case for personal reasons,” attorney Mark S. Zaid said on Twitter. “And it’s legally unenforceable.”

This is a complete abuse of the Justice Dept to pursue this case for personal reasons.

And it's legally unenforceable. https://t.co/DbPaFiX4gM

In what Winston Wolkoff doubtless sees as the unkindest cut of all from her ex-pal, the 16-page lawsuit includes a demand that proceeds from the sale of her book be paid to the federal government.

Marion Winik is a regular Kirkus reviewer and author of The Big Book of the Dead.