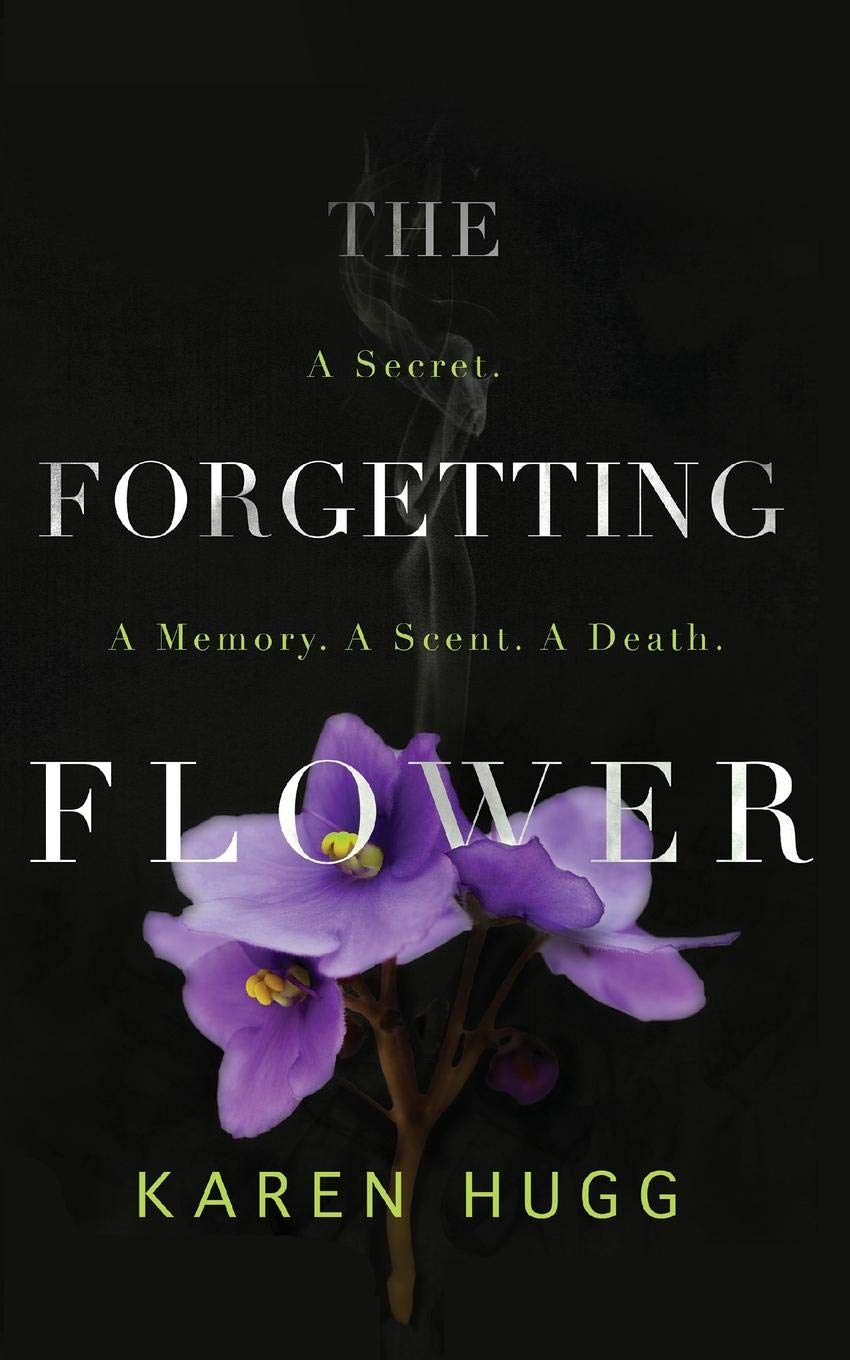 Although Karen Hugg recalls her years working in an office with some fondness, she has no regrets about leaving. “I had gone to college for creative writing and English,” she says, “but I found myself working in tech as a music editor for Amazon.” For a while, the work was fun and challenging, but it took its toll.

“I wasn’t writing creatively at all. I had no juice left in the tank. I was tired of the enormous mental energy it took to work there.” When she left the job, she had time on her hands. She painted her house. She kicked around. She knew she wanted to write, but the only thing she could think to write about were her work experiences. Those didn’t interest her anymore. So she took a class on plants.

“The more I learned, the more passionate I became,” she says. “I found plants to be a therapeutic gift that I needed at the time.” Hugg was amazed by their delicacy and resilience. “Plants are the only living things that can create their own food.” Soon Hugg had her certification as an “ornamental horticulturalist”—a fancy term, she says, for a garden designer. The pivot to her new life was refreshing.

“I was in greenery all day,” she says. “No meetings, no emails.” Inspired by her new career, Hugg returned to writing—nonfiction pieces, at first, about plants and gardening. But then she experienced a creative epiphany.

“I had to examine why I loved plants,” she reflects. “They’re these alluring beings that do just fine without us. They’re on their own journeys.” Then, Hugg landed on an exciting possibility: “What would happen if there was a plant that was dangerous to smell? I started thinking about memory and forgetting.” Soon, she was writing fiction about dangerous, exotic plants. “I merged the two worlds,” she says. “And I haven’t stopped thinking of stories since.”

The fruit of this merger is The Forgetting Flower, a novel Kirkus calls a “truly exceptional read” full of “sublime descriptions.” The novel is many things: a compelling thriller, a moving family drama, and a heartfelt homage to Paris. The protagonist is Renia, a Polish émigré who manages a small flower shop. At the heart of the book is Violet Smoke, a mysterious plant Renia has reluctantly inherited. Inhaling the fragrance of its flowers causes memory loss. As Hugg describes it, “The book is an unravelling of the story of the plant.” Violet Smoke’s unusual powers make it a commodity in high demand, and Renia makes money by selling it in doses. But the plant’s rare attributes put Renia in danger; some value the flowers more than her life.

While the smell of Violet Smoke induces forgetting, Renia is cursed with remembering: Throughout the novel, different smells trigger her recollections. Here, an aroma transports her back to her homeland:

The scent of Minh’s cinnamon tea floated in the air, reminding Renia of Christmas time. Frigid cold. Kraków. Frozen streets, the snow, the oppressive gray sky….She remembered how, for the last few years, she and Estera had grown poinsettias and amaryllis to sell at church bazaars. They’d start the plants atop the heater of their bedroom window, nursing them until they were fully grown.

Such flashbacks shed light on Renia’s troubled relationship with her twin sister, Estera. Somehow, a book that’s a murder mystery about a mystical plant is also a moving story of sisterhood. “There’s nothing stronger than family,” Hugg observes. “Those bonds are archetypal.”

Hugg recognizes that her subject matter is unique; she calls The Forgetting Flower a “weird unicorn of a book.” “There are a few books out there that deal with magical plants,” she says, “but there’s no genre of plant thrillers.” The content might be out of the ordinary, but Hugg packages it with the more familiar trappings of mystery and thriller. “I’ve always enjoyed books that have a puzzle at their heart,” she says. “Or even just books that had secrets to reveal to readers.” The author observes that there’s something reassuring about mysteries, which for all their surprises and twists still rely on conventions and tropes. “A mystery’s strength is its formula.”

Hugg’s experiences as a horticulturalist have given her more than plotlines for her stories. “Because I’m a gardener, I like to design things as a whole,” she says. “I definitely want to know where I’m going. I outline, creating the logic of most of the events. I begin with asking a question. That question lead to another question, which leads to another question.” That process of answering one question of logic after another allowed her, over the course of several years, to shape her novel.

Hugg, who lives in the Seattle area, first moved there from Chicago for work. She sees herself in Renia, who has moved from Poland to Paris in search of opportunity. “Paris represents Seattle for me—a place people go to have a better life,” Hugg says. She considered setting the book in Chicago, but having Renia move from Poland to Chicago didn’t feel right. Plus, Hugg loves France: She used to live and work there. She recalls falling in love with the city—but admits that working and commuting diminished some of its romance.

“It’s still just a big city,” she says, “where you have to work, schlep to work, try to earn money.” Eventually, the shine wore off. That’s what happens to Renia, who loves Paris, but it’s too expensive—not to mention, as the novel thrillingly shows, too dangerous. Hugg isn’t afraid to dash the romantic dream of a place. Like any love, her affection for Paris is complicated. Still, in the end, she can’t be too down on it. “It’s arguably the most beautiful city in the world,” she says. “It’s always captured my imagination.”