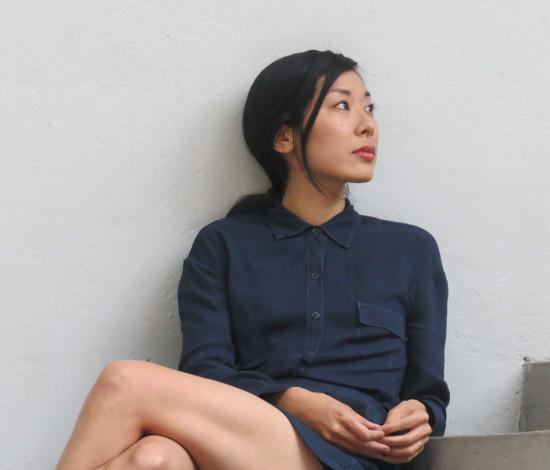 In titling her latest novel, Katie Kitamura fittingly forwent the certainty of a definite article.

“ ‘The Separation’ would refer to the split between the two characters,” says Kitamura, author of A Separation, the story of a wife’s international pursuit of her estranged husband, “but I think it is about a divide within the narrator, between the different versions of herself. She’s experiencing that separation in the present tense, enacting a role that isn’t who she is—pretending to be a faithful wife when she’s not.”

The couple in Kitamura’s artful, thrilling psychological novel consists of two distinct individuals: the unnamed narrator is a literary translator. She has been married to wealthy, rakish cultural critic Christopher Wallace for five years. They live in London. He’s been routinely unfaithful.

They split six months ago; she’s already in a new relationship. But, at his behest, they have yet to share the news with family and friends.

“Could we keep it between us?” Kitamura writes. “I had hesitated, it wasn’t that I disagreed with the sentiment—the decision was still new at that point, and I imagined Christopher felt much as I did, that we had not yet figured out how to tell the story of our separation. But I disliked the air of complicity, which felt incongruous and without purpose. Regardless, I said yes.”

One month later, she receives a call from her domineering mother-in-law, Isabella, demanding Christopher’s whereabouts—he’s not picking up his phone. Christopher last claimed they were headed to Greece: he, to research his next book; she, to finish a translation. Instead of breaking his confidence and confessing the separation, the narrator surprises herself by agreeing to Isabella’s plan to fly to Greece to retrieve him—a decision she justifies by planning, finally, to ask for a divorce.

In a starred review, Kirkus calls A Separation “a hypnotic meditation on infidelity and the unknowability of one’s spouse....A minutely observed novel...[that] unsettles its characters and readers.” Kitamura achieves a compelling intimacy by writing in the first person for the first time in her career as a novelist. “This may sound a little bit clinical,” she says, “but I’ve written two books that are pretty spare in the prose style, books where the style came through in the edit—10, 20 drafts, taking words away constantly—and, at a certain point, that felt almost like a defensive mechanism, trying to make the style almost impermeable. [With this novel], I wanted to do something that was looser, more exposed, less protected...so I just wrote, tried not to edit, tried to let it unspool. That’s why first person is quite useful, because it allows for that digression in the style.”

Kitamura is a writer and critic based in New York City. She is the author of The Longshot (2009) and Gone to the Forest (2012)—both finalists for the New York Public Library’s Young Lions Fiction Award. She holds a Ph.D. in American literature from the London Consortium and teaches in NYU’s low-residency MFA program in Paris.

For A Separation,she conceived of a female character whose consciousness received the consideration more typically granted to male protagonists.

“It’s a voice that, to some extent, is often associated with a particular male first-person narrator,” Kitamura says. “The entire narrative, in a way, is [an inversion]. There are so many missing women in fiction and film and television; what happens when you flip the gender? If it’s a man that’s missing, and the consciousness that is thinking about this disappearance is female, how does that change the way the story is told?”

Careful curiosity compels the narrator to track Christopher beyond the walls of the seaside hotel where he was last seen. She hires a driver to visit the places he went—among them, a professional mourner, whom Christopher had interviewed for his (ostensible) new book, whose subject is mourning rites.

“It was a strange project for a man who had hitherto lost nothing of significance, whose life was intact in all its key particulars,” she writes. “If he had cause for grief, it was only in the abstract. But he was drawn to people who were in a state of loss. This gave people the mistaken impression that he was a sympathetic man. His sympathy lasted as long as his curiosity, once that had gone he suddenly withdrew, making himself unavailable, or at least less available than people might reasonably expect, given the sudden and violent intimacy he had forced upon them in the first place.”

When a shocking twist—a sudden violence—occurs halfway through the narrative, formalizing the end of the marriage, the narrator grieves the relationship as a death.

“A lot of the book, I realized after I wrote it, is about grief,” Kitamura says. “It operates in the shadow of my father’s death, which was about five years ago—realizing that, when my father was dying, I had this very strong feeling there was nothing I could do for him. He was being well looked after, medically, but the only thing I could do is witness his death. I will see this through, and I’m not going to look away. I will witness your dying, so that you’re being seen as you go.

“In a strange way,” she continues, “despite all the disillusionment that’s at the heart of the relationship, clearly, I think the narrator sees Christopher. She sees him as he is, perhaps as no one else really does. I think there must be something linked to this idea of witnessing somebody and grieving them as they go.”

For better or worse, the narrator of A Separation knows her Christopher best, making her the most qualified person to track him, locate him, and

entice him back to England. Whether that knowledge is enough—whether it is possible or even desirable to truly know one’s spouse—is the source of A Separation’s palpitating tension.

“It might have been a terrible marriage,” she writes, “built on betrayal—although what is really meant by the word terrible, there are betrayals that looked unforgivable from the outside and that are nonetheless forgiven, and there are forms of intimacy that looked nothing like the name—but it was nonetheless a marriage.”