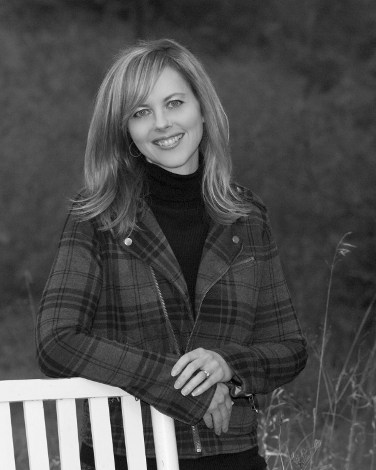 “I’m going to write a story about acceptance and belonging!” DiPucchio offers as one example of how not to begin a children’s book. “I’ve never started any story like that—with a message. I always start with a character and get them to tell me their story.”

DiPucchio, whose background is in child psychology and social work, is the author of Everyone Loves Bacon, Zombie in Love, Grace for President, and Gaston, the surprise hit about a French bulldog growing up happily (and politely) in a family of French poodles. Illustrated by Christian Robinson, Gaston was named one of Kirkus’ Best Books of 2014.

“I’ve gotten some wonderful feedback from parents, particularly parents who have transracially adopted children,” says DiPucchio, who presents her books 20-30 times annually at elementary schools across the country. “I didn’t set out to write a story about that, but those themes just came through: the idea of being true to yourself, accepting others for who they are, what it means to be a family. Hearing from parents about what the book means to them has been so meaningful to me.”

In gratitude, DiPucchio dedicated her latest to fans of Gaston: Antoinette (ages 2-7) extends the narrative of the popular Parisian pups by focusing on the titular character, a scrappy poodle growing up in a family of bulldogs. (At the end of both books, Antoinette and Gaston are a married couple with puppies of their own.) Rather than retelling the Gaston story from Antoinette’s point of view, DiPucchio spins a new tale of self-discovery.

“Mrs. Bulldog knew (as mothers do) that each of her puppies was special,” DiPucchio writes in Antoinette.

“Well, unlike her burly brothers, she still hadn’t quite discovered what she was good at,” she writes. “‘Chin up!’ barked her mother. ‘You have something extra special. I can feel it in my bones!’”

When one of Mrs. Poodle’s puppies, Ooh-la-la, goes missing, the bulldog brothers use their respective strengths to search the park. But it is Antoinette who tracks Ooh-la-la through the Paris streets, all the way to the Louvre, averting disaster at the last minute—discovering her calling along the way.

“Christian Robinson paints such beautiful pictures and always captures the diversity in a story,” says DiPucchio. “Even in a story about dogs, you see the people passing by on the street representing all different races and bending gender roles. Sometimes, when you can do this subtly, it’s more impactful.”

DiPucchio hopes Antoinette will reemphasize the encouragements apparent in Gaston.

“I came across a meme a couple months ago that said, ‘The things you are passionate about are not random, they are your calling,’” DiPucchio says. “That really spoke to me in terms of again following your intuition, and that’s kind of what we see in Gaston—the idea of what feels right instead of doing what looks right.

“In the second book,” she continues, “Antoinette lets her gifts of perseverance, intuitiveness, and bravery come through in a very natural way. Kids are so bombarded by messages from the outside world—what people are doing, what other people think. Anytime we can, we should encourage them to listen to their hearts, turn inward, and do what feels right.”