Kit Frick: ‘Adolescence Is Just Below the Surface’ 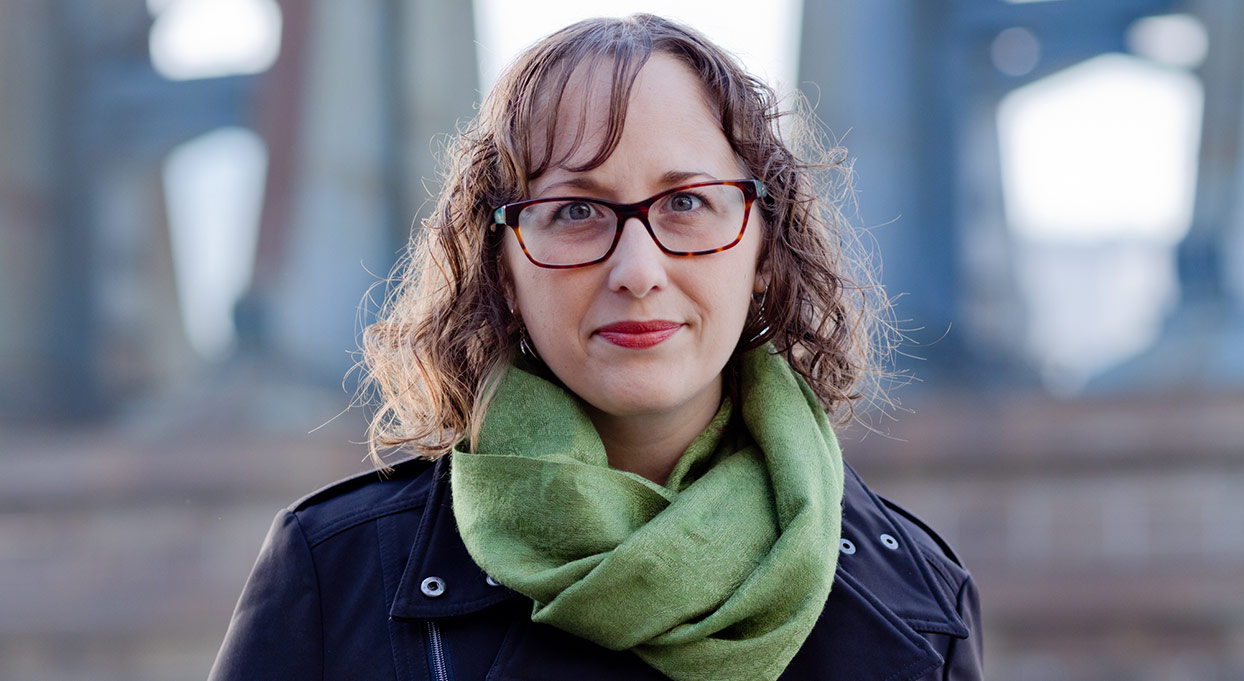 Kit Frick’s I Killed Zoe Spanos (McElderry, June 30) is the perfect summer read, gripping even the most distracted-by-the-pandemic brain and offering plenty of substance. Frick and I sat down to chat about the novel over Zoom; the conversation has been edited for length and clarity.

In your own words, what is the story about?

I Killed Zoe Spanos is a book about a confession that doesn’t hold water and the quest to find the truth. When Anna arrives in the village of Herron Mills, she’s there for a fresh start. She’s going to take the summer nanny gig, and she’s ready to leave her hard-partying past in Brooklyn behind. The longer she spends in Herron Mills, the more she realizes she has this connection—that she cannot quite place but knows is there—to Zoe Spanos, who went missing the previous New Year’s Eve. Things escalate to the point where Anna confesses to playing a role in Zoe’s death, which is not a spoiler because we learn that Zoe is dead in the first chapter of the book.

The various timelines and perspectives must have been tricky to plan and execute.

The book takes place in three timelines: the summer that Anna spends in Herron Mills; the fall, when Anna confesses to manslaughter and concealing Zoe’s body and is incarcerated in a juvenile detention center awaiting trial; and the podcast that local teen Martina Green produces [which] began production the previous winter. All three of my novels take place either in multiple timelines or [with] multiple points of view or both. So I always have a lot of moving parts, and it’s something that I’ve become better equipped to navigate with each book. The way in which I outline is fairly sparse: I often just give myself a sentence or two, so it’s more like a map, but it gives me room to play so that I stay interested when I’m drafting.

I loved the way the mystery kept me guessing, but after the big reveal I could connect the dots and see how you got there.

As an author that’s what [I] hope to hear—that you didn’t necessarily figure it out, but the breadcrumbs are there and you can see how the pieces fit together. Even if something is very shocking, I try hard for it to make complete logical sense when you look in retrospect. I hate it when I read a book where there’s a twist that I’m amazed at—and then I realize there’s absolutely no way that I could have figured it out.
As a fan of mysteries and thrillers, I appreciate the way books like this one have strong reader appeal and deal with serious issues.

Through genre fiction we do have an opportunity to both draw in reluctant readers but also to address social issues. I’ve been able to explore a variety of issues through my books, from bullying and friendship breakups to conversion “therapy” to the intersections of class, race, and crime. In Zoe, Anna comes from a working-class background in Brooklyn to nanny for an affluent family in the Hamptons. At one point, Martina casts suspicion on Caden Talbot, another local teen. In real life, true-crime reportage can be problematic in a number of ways—when it sensationalizes trauma and when it implicates living people who have to deal with the very real fallout. I wanted to explore that in the novel; Martina is well meaning and never directly accuses Caden of anything, however as one of the few black teens in Herron Mills [Caden is biracial—African American and white], it’s the reality that despite Martina’s attempts at careful reporting, Caden is still scrutinized by the community in a heightened way because of his race. Martina in turn must reckon with the impact of her reporting.

I am an avid consumer of true-crime media, and I wanted Martina’s Missing Zoe podcast to encapsulate both the highs and lows of reporting on crime and living suspects. [It] was one way to call attention to our societal fixation with missing and dead girls. Often the focus is on the killer; [this is] very much a woman-centered story that looks at a missing girl.

As an editor and someone who writes poetry for adults, what do you enjoy about writing YA?

Often in adult books with teen characters, the teen character is looking back and processing situations that happened in their youth. In YA, the point of view is immediate; I think YA really is much more about point of view and state of mind than it is about the character’s age. I was drawn to writing YA because I still feel like I’m 16 a lot of the time. Adolescence is very much just below the surface for me—those emotions and the way in which I processed everything, [the way] everything feels heightened, feels life and death. Tapping into that state of mind was very readily available to me as an author. In terms of writing thrillers specifically, everything really is life or death, so it felt like a very natural conversation between the emotional immediacy of adolescence and the actually heightened stakes of a thriller.

What kind of feedback have you gotten from teen readers?

It’s been wonderful—interacting with teen readers has been one of the most special parts of this job, and I just want to do more of it. There’s nothing more special than having a teen come up to you at an event and tell you how meaningful your book was to them. When someone tells you that your book is their favorite and they read it four times—it’s the most rewarding thing because you know that even if only a small handful of readers have that intense response to your work, it was that book for someone. I remember feeling that way about a small handful of books as a teen and how meaningful they were to me.