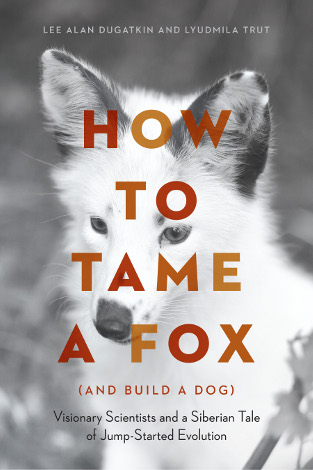 It’s a story as old as humankind: Somewhere, one of our ancestors threw a bone out into the darkness beyond the campfire, a wolf snatched it up, and its grateful descendants transformed themselves into dogs for our companionship. The process, it’s been supposed, took thousands of years, millennia in which those fierce, lethal hunters of the northern forests evolved—or devolved, perhaps—into loving lapdogs and hounds, terriers and coursers, the whole grand range of dogdom.

But what if that story were wrong, or at least more complicated than all that?

Sixty-odd years ago, a Russian scientist named Dmitri Belyaev set out to unlock the workings of domestication. He moved from Moscow to a Siberian farm where foxes were raised for their fur, and there he began to look at how humans and animals interacted to form the partnership that is domestication. The work was strictly illegal in Russia when he began, for research in both genetics and Darwinian evolution was banned in the shadow of Stalin-era Lysenkoism and its aftermath. Nonetheless, later working with an associate named Lyudmila Trut, he carried out secret experiments that led to his creating what American evolutionary biologist Lee Dugatkin calls “the perfect dog”—save for the fact, of course, that it’s a fox—in what he adds is “one of the longest, most incredible experiments on behavior and evolution ever devised.”

In their new book How to Tame a Fox, Dugatkin and Trut recount this fascinating project, which, though no longer forbidden in Russia, is still viewed as somewhat unorthodox. Dugatkin, a professor at the University of Louisville, studied accounts of the experiment a couple of decades ago, read a paper that Trut had written in an American scientific journal, and began digging into a subject that had deep implications for his own work in animal behavior. “The more I read about the foxes,” he tells Kirkus, “the more I became convinced that this was really a unique story that had really profound consequences in terms of basic science, in particular evolution and domestication, but with many other layers in terms of how science is done.”

Belyaev and Trut, over the years, had been looking at the problem of domestication in a new light, conjecturing that animals such as wolves were selected not for their strength or fierceness as protectors, but instead for their tameness, calmness, and friendliness. Certainly the early generations of successful foxes in the experiment exhibited those features, in time developing, well, doglike characteristics such as droopy ears and curly tails, as well as retaining juvenile features such as yipping for attention around humans, making sounds that pleasingly approximate our own laughter.

Sixty-odd generations on, the Russian scientists have built a significant body of evidence for how selecting for tameness not only gets the process of domestication started but also, in time, creates new kinds of animals. Thus evolution in action, studies that they are now backing up with in-depth analysis of the silver fox genome.

Sensing that a popular book might result from the Russian work, Dugatkin traveled to Siberia and spent time himself working with the foxes alongside Trut and her fellow researchers. Meanwhile, Trut has begun experiments of a different kind, namely sending some foxes out for adoption as pets in ordinary households—including, now, one household in the United States. It may be that Belyaev and Trut’s foxes will become a new pet species in time to come, and that would please Trut, who is now 84 years old. “One day I will be gone,” she says, “but I want my foxes to live forever.” One way that they will do so is in the pages of this affectionate, scientifically rich book.