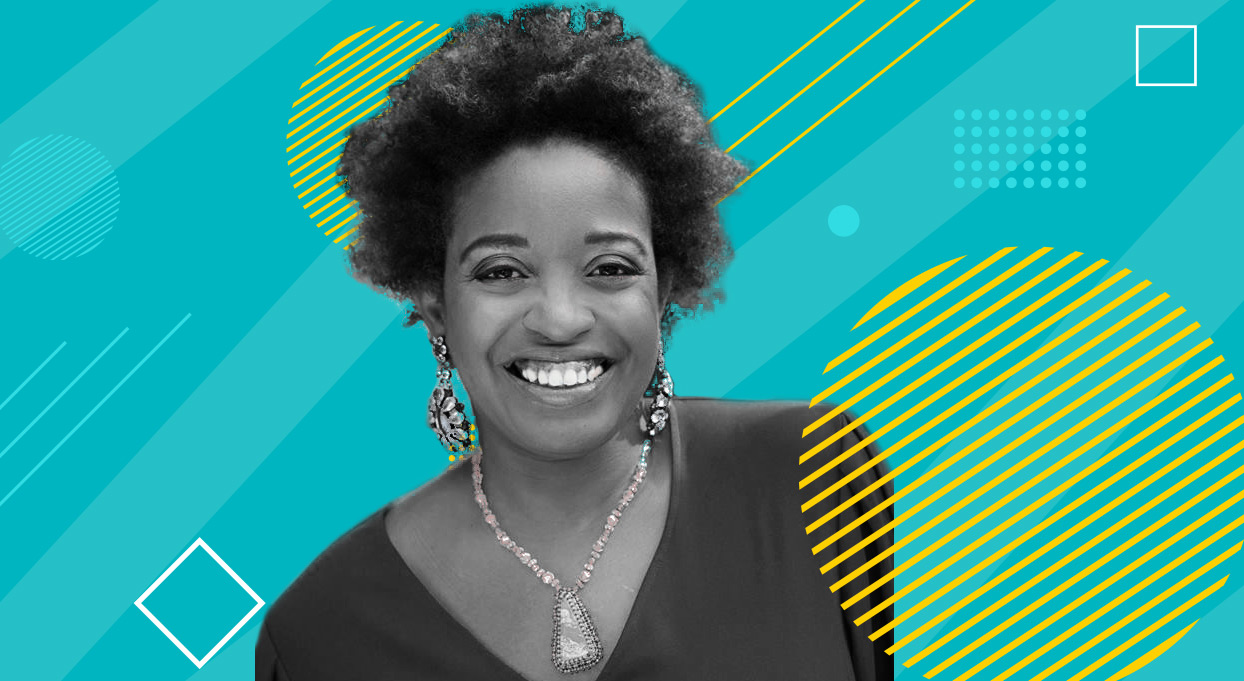 When a Florida couple has their wedding written up in The New York Times, they’re either very well connected, or they have a good story. For Leslie Gray Streeter and Scott Zervitz, it was the latter.

The couple originally crossed paths as high school classmates in Baltimore, Maryland—but got no closer than a few rows apart in a humanities class. Nineteen years later, on a high school reunion Facebook page, the sparks finally began to fly. She was in Florida, working as “the black Carrie Bradshaw,” writing about the adventures of a 30-something out on the town for the Palm Beach Post. Scott, too, had been living in Florida, 20 minutes away—but had moved north just weeks earlier.

Cupid was able to work around his error in timing. After a year of online conversation, Leslie and Scott met in person. Their marriage in 2010 was the first time to the altar for both. He was 39 and she 38— a virgin by choice because of her faith, as she confides in her new memoir. So, not all that Carrie Bradshaw, really. “Well…it was a family newspaper,” she says.

“Maybe if I’d known I’d only have him for five and a half years…” she sighs wistfully. Scott was just 44 when he died of cardiac arrest.

Streeter’s unflagging sense of humor lights up every page of Black Widow: A Sad-Funny Journey Through Grief for People Who Normally Avoid Books With Words Like “Journey” in the Title (Little, Brown, March 10). In a recent phone interview, she recalled a comment made by the newspaper editor who eventually offered her a job in Florida. They met at a luncheon where Streeter, then a fledgling journalist in York, Pennsylvania, was receiving an award. “When bad things happen, people don’t know they need to laugh, but they do. You can make them laugh,” said her employer-to-be.

From the first chapter of Black Widow, which she opens with casket selection then flashes back to the night of Scott’s death, Streeter’s ability to ferret out the funny in almost anything will make this book a comfort to those dealing with grief themselves. When she finds herself planning a funeral instead of a 45th birthday party, she despairs of her ability to orchestrate the event expected by Scott’s family. “I’m black and Baptist. He’s a white Jewish guy.” She wonders if quizzing grieving relatives about Jewish customs will come off as insensitive. “How would I feel if one of them was married to a black person and summoned me to Ebenezer Whatever Baptist AME Church as the spokes-Negro?”

“I think I’d understand,” she concludes.

At the time of Scott’s death, the couple was fostering a 2-year-old whom they hoped to adopt. One of the most heartbreaking moments in Black Widow is when Leslie and her son travel to New York City a few months after Scott’s death. The friend they are visiting is, like her late husband, a big, bald white guy with square shoulders. When Brooks sees him, he is “wide-eyed with a rapturous look on his face.” Could his father have been hiding in New York all along? At that point, Leslie had to confront the fact that she had never actually told her son that his father was dead.

“I guess our previous ‘Daddy had to leave’ conversation didn’t take. I didn’t have the words for dead for a 2-year-old. To be honest, the fact that I knew he wasn’t going to understand, so I didn’t have to say those words, was a comfort to me.”

These days Leslie is co-parenting with her 70-year-old mom. “She had been living in Little Rock, Arkansas, but the day Scott died, I looked up and she had materialized in my kitchen. She never left. Though, at this point, she has her own life…and a new relationship.”

Leslie herself has met a few guys, but nothing has stuck, and these days she’s “dating her book,” as she puts it. And proudly grooving at 6-year-old Brooks’ drum recitals. “I’ve become that rock-and-roll mom with the big blond Afro.”