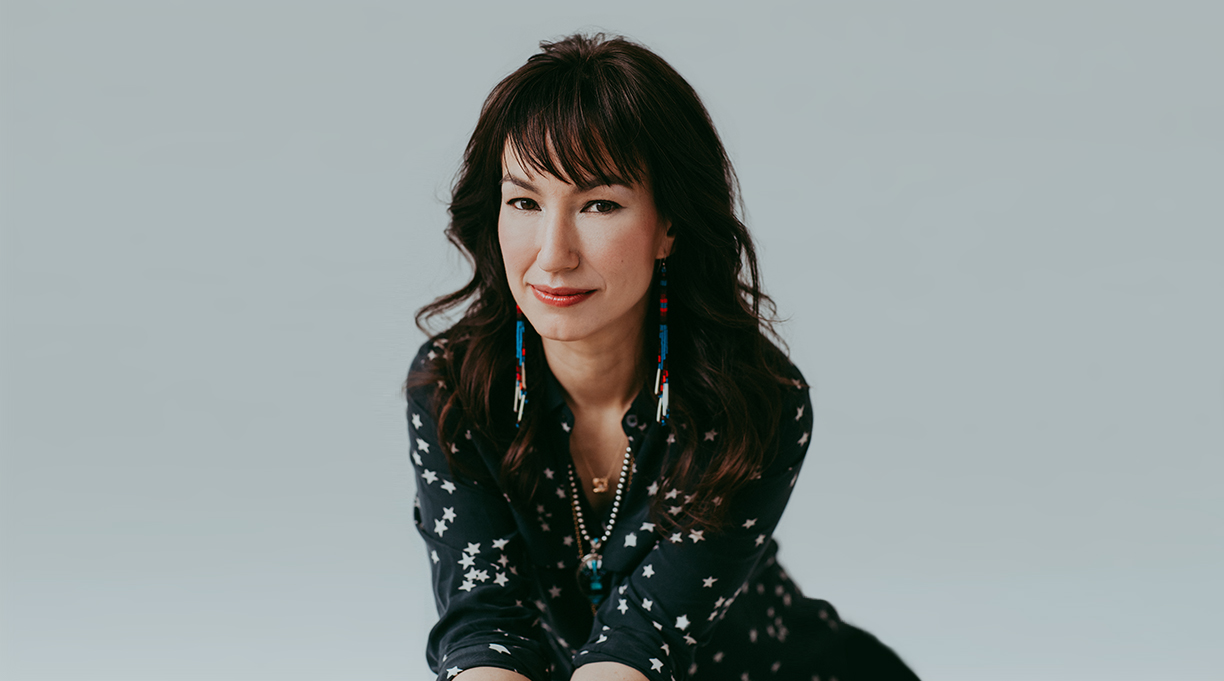 In American Harvest: God, Country, and Farming in the Heartland (Graywolf, April 7), which our reviewer called “a revealing, richly textured portrait of the lives of those who put food on our tables,” Marie Mutsuki Mockett chronicles her journey with wheat harvesters across the Great Plains. The author spent summers on her family farm in Nebraska (and a small part of Colorado), and her portrayals of the land and its people are not just lyrical, but culturally and spiritually illuminating. Through her travels, “Mockett analyzes the divides between rural and urban, religious and apathetic or atheistic, conservative and liberal.…Refreshingly, the author finds that conversation is just the thing; with it, some stereotypes shade away or at least become more complicated.” It’s a fitting, educative book for our divisive times. I spoke with Mockett via Zoom; the conversation has been edited for length and clarity.

What was the impetus for this journey?

I was on the farm with my father and thought that nobody really knows anything about this world. I believed it would be fun to write about it, but I was working on fiction at the time. Then the tsunami happened in 2011, and I wrote an op-ed that propelled me into writing a book about Japan. For that project, I did so much international travel and had to learn a lot of vocabulary words about Buddhism. It was really difficult, so I thought that I would like my next project to keep me domestic and to just involve the English language.

You write about America’s “big cultural difference as being Christian farmers versus atheist knowledge workers.” Your book offers viable avenues to bridge that divide. Can you discuss that in more detail?

I learned this term “knowledge worker” maybe 20 years ago, and I’ve thought about it ever since. With my education, that’s kind of the group of people that I belong to, but I also didn’t grow up that way. So there’s probably a degree to which I’ve always been trying to bridge that difference, before I even knew that I was. I wanted to go visit the farm and the people who work there, to see if there was a way to look at them again, outside of the way I was encouraged to do when I was living in [New York City], where I was surrounded by people who had purely knowledge worker backgrounds—unless they go to a BB in Vermont and meet a farmer.

Talk about Eric, the lead wheat harvester and the book’s primary character. I was impressed by the depth of his thought and willingness to engage in sometimes uncomfortable conversations.

People ask me all the time, is Eric really unusual? He is a particularly thoughtful person, and I am extraordinarily fortunate to know him and his son, who is also interesting. Some of their blood relatives don’t necessarily think things through with the same sort of care that those two men do. So they are unusual, but I don’t think that they’re so unusual, either. I’ve gotten letters from people who have read this book, mostly White guys who feel seen and then want to tell me about it, and many are alarmed by Trump and what has happened to our country.

Your descriptions of the mechanics of the farming process are particularly eye-opening to a neophyte like me. Is it beneficial for everyone to understand the process better—and not just in a vague philosophical sense?

I think so. I had a conversation with a colleague who was born in the Midwest. He said, “I’ve left that world behind. I live in the city now.” I told him that’s completely fine, but your food does not come from the city—and that is true for all of us. We’re getting our food from a different part of the country, and it’s probably being raised and transported by people who, if we just handed them a questionnaire, on paper would look very different than we do and hold different beliefs. But our system is interdependent.

What does the future of American farming look like to you?

We have an aging population when it comes to farming, and there is not an inexhaustible source of soil. When I talk to young farmers, they tell me that we will see more Latino farmers and more people of color. The U.S. is one of the few countries that is able to produce enough food to feed its own population, but there are a lot of questions that have to do with the growing population and climate change. We don’t have an inexhaustible supply. We can’t just continue to go to Whole Foods and pay a little bit more. We have to make food that can be disseminated everywhere.

Christian faith is strong within the community you portray. Can you discuss that dimension of your story?

In a posthumous op-ed, John Lewis wrote, “The truth does not change.” I was greatly struck by this line and understood it more deeply than I would have a decade ago. As this book makes clear, there are Christians who see that Jesus was all about social justice for everybody around the world. I think sometimes in intellectual circles, people have a great deal of discomfort with that idea—and yet it’s a powerful concept and one that was significant in the civil rights movement. I take seriously that people have a spiritual dimension, and I am always trying to understand what that actually is. At the end of the book, Eric demonstrates ways in which he’s trying to be authentically better. This is a farmer who’s not on Facebook, just virtue signaling. He’s actually asking himself, how can I live my life differently? He called me recently and told me that he and his relatives and colleagues were having conversations about Black Lives Matters, and that’s not something they would have done before.

We live in fraught times. How can we all be better?

Listen to other people’s stories and recognize their stories as real. I believe that activism is so important in our country, but I also think that there’s room for conversation, which is what this book is about. It’s really important that activists speak the truth and are not negotiating on what they have to say, but we also have to speak to each other. My friend recently said that anyone who voted for Trump is a racist. I understand the satisfaction that comes in saying something like that, but I also really want our country to be better. I believe it can be, and through conversation, sometimes that can happen—although I do also see that it has to be paired with activism.

I agree—actual civil conversation, not just yelling at each other.

Conversation does not necessarily yield instant gratification, but it can lead to systemic and structural changes. I hope the book can inspire some people to engage in that process even though it’s not immediately gratifying and sometimes difficult. But it’s more rewarding in the end.