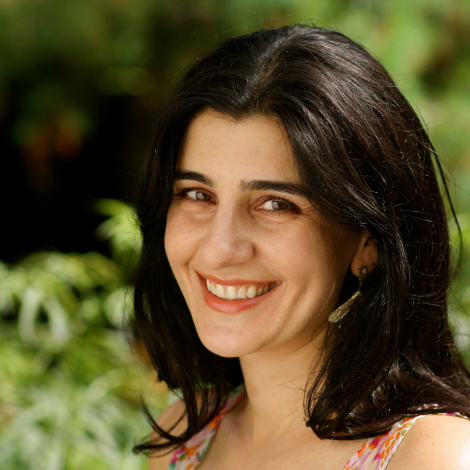 When Meline Toumani, an Armenian-American journalist, first decided to move to Turkey in 2007, she had a firm plan for the book she wanted to write. She would explain the way Turks viewed the Armenian genocide of 1915 to an Armenian audience and a general one. She would show how she, an Armenian, could engage in meaningful dialogue with Turks about the genocide, as opposed to the demonization of Turks that she perceived as ubiquitous in the discussions of the Armenian diaspora. Her book would be so revelatory and yet diplomatic that it would bring the Armenians and Turks to an understanding of the genocide they hadn’t yet reached. But once in Turkey, problems with the basic idea for Toumani’s book emerged, and she slowly realized that her lofty diplomatic visions were not going to be realized.

“The book I wanted to write was not real,” Toumani states bluntly over the phone. “And I didn’t want to write the book that I ended up writing because the message was a lot more grim. So a lot of time passes where I sat there and wrestled with the material and figured out, ‘What’s left?’ ” The conversations and experiences she had to work with belied her intended narrative for the book that would become There Was And There Was Not: A Journey Through Hate and Possibility in Turkey, Armenia, and Beyond. In Turkey, talking to a wide variety of people, she realized that Turks still discriminated against Armenians living in the country. As for the history of the Armenian genocide, few people really wanted to talk about it at all, much less sincerely. Toumani couldn’t find common ground with most people she talked to.

And as it turns out, she didn’t have the patience she thought she did for talking to people with a widely different take on the genocide than her own. Her mental health started to deteriorate from the stress of living and reporting in the country. But she stayed there far longer than she had expected. For two years, she waded into the complications and problems inherent in the idea of confronting her ethnic group’s painful past in a country that doesn’t recognize it and tried to figure out what to do with the feelings of frustration and rage that accompanied her throughout her stay.

Part travelogue, part memoir and part journalism gone awry, There Was And There Was Not is a bricolage of forms and genres—and not a neat one. This seems honest, a way Toumani could faithfully portray the strain between estrangement and belonging that she felt going deep into what would be considered enemy territory by the Armenian diaspora. “All that time and turning around of the material, both the ideas and the actual paragraphs and chapters, led me to the realization that this whole thing is a process for claiming a sense of individuality for myself,” Toumani explains. “My own process reveals to me…the tension between belonging to the group and finding an identity for yourself that isn’t dependent on the group.”

Toumani’s book is also not very diplomatic. Pick any chapter and you’ll find it will likely irritate people on one side of the Armenian-Turkish divide or the other. There are several places in the book that are deeply critical of a Turkish point of view of the Armenian genocide, the current state of Armenians in Turkey or, above all, Turkish nationalism. The most notable of these is a charged interview with the Turkish historian Yusuf Halaçoğlu, who has perhaps done the most to try to conceal the history of the Armenian genocide. Halaçoğlu is quoted condescendingly explaining why Turkey doesn’t have a problem with Armenians. Near the end of the chapter, Toumani tries to explain her profound frustration in the interview, writing, “Certainty is always more powerful than doubt.”

But Toumani turns her critical eye on herself and her side, as it were, which makes the book much richer than it would be if it had just focused on what her interviewees in Turkey thought. That last line in the Halaçoğlu chapter is followed by, “I had known that once as a child.” Toumani is referring to an extremist strain in the Armenian diaspora, which she experienced in Armenian summer camps and youth groups in the United States during her childhood. “It’s really important to me that Armenians who are interested in the book get to the end,” Toumani says. “Because otherwise I think they’ll completely misunderstand; they might be more challenged by the early parts of the book than the later parts of the book. Likewise with Turks, the opposite is true.” After reading Toumani’s book, you’re with her when it comes to this hope, because you see how, even though the process of untangling the knots in her ethnic identity and past was painful for the author, it was ultimately liberating.

Toumani’s book may not have a lot of the qualities the author hoped for, but it is ambitious. Though Toumani couldn’t write that book about the possibilities of reconciliation, she ended up writing a book expressive of equally lofty ideas—the possibilities for creating space for individual freedom in the midst of such an entrenched conflict and the necessity of this individual freedom to truly participate in a community, shaped by a difficult past, in a constructive way. At the end of the book she asks this question of her Armenian community: “If we move on from genocide recognition, with or without Turkey’s olive branch, what holds us together then?”

Alexia Nader is a writer living in San Francisco and a senior editor of The Brooklyn Quarterly.