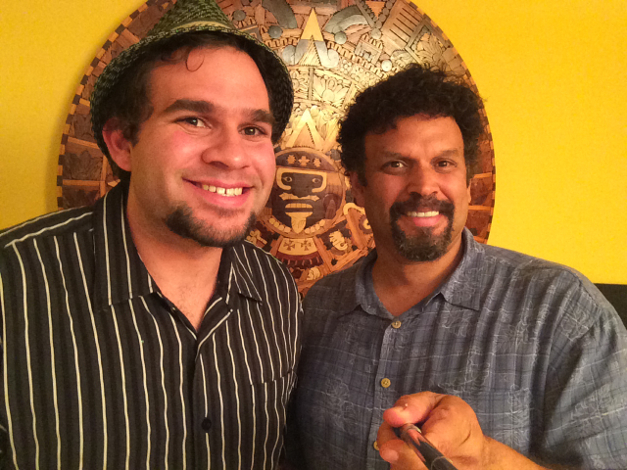 Basic parental hardwiring articulates that the well being of progeny is paramount. When the diagnosis of mental illness befalls one’s child, circumnavigation of turbulent seas to a place of recovery is out of the confines of conventional caregiving and uncertain at best. Neal Shusterman’s Challenger Deep is based on the deeply personal experience of his own son, Brendan, receiving just such a diagnosis and how charting a course to a place of survival can be unpredictable, elusive and overwhelming but ultimately possible.

Challenger is the story of 14-year-old Caden Bosch struggling with the disintegration of the mind he once knew while trying to find the means to rebuild. Challenger Deep is a title that emerged long before the book, stored away from when Shusterman had worked on a school report with Brendan about the Marianas Trench.

Serendipitously, years later, the title had a much greater meaning than just being an attractive literary moniker. “When Brendan was really in the deepest place in his own mind where he could not differentiate reality from what was in his head…he looked at me and said, ‘Dad, sometimes it feels like I’m at the bottom of the ocean screaming at the top of my lungs and no one can hear me,’ ” says Shusterman. It was then that Shusterman knew he wanted to eventually write Challenger. “Of all the things that I’ve read—non-fiction, fiction—nothing seems to capture [mental illness]. And I wanted to be able to capture it so that people reading it can know what it feels like to have gone through that and to understand what it means to have your mind fall apart and try to pick up the pieces again.”

The book fluctuates between Caden’s external reality of being hospitalized and his internalized, feverish voyage aboard a mutinous ship in the company of a volatile captain, a talking parrot, a seductive figurehead, and sea monsters. Intentionally fragmented and non-linear chapters are married with illustrations that Brendan created when he was confronting his own abyss.  It was this therapeutic artwork that inspired many of the fantasy aspects and metaphors within the text. “When I presented the book, after my editor had read it, I told her how important the artwork was to the creation of the story and asked her if it would be possible to use it in the book,” says Shusterman. “She said, ‘Absolutely.’ ”

Confronting mental illness is a delicate, intimate matter and one Shusterman wanted to share, but not without approval from his son. Brendan was initially hesitant, reluctant to be outed as mentally ill. But by recognizing the book as a means to inform and educate readers about his specific category of illness, the potential benefit outweighed the concern. A lack of understanding of mental illness can blatantly translate to its lack of recognition as a bonafide health crisis. Shusterman’s hope was to illustrate that its severity and reality is just like that of any other illness. “When you look at more tangible illnesses, you know what the treatment is; you can see exactly what the illness is,” says Shusterman. “But when it’s something like the mind, how do you quantify the mind? How do you see what’s there? So it’s very difficult for people to comprehend it and to want to deal with it because it’s scary. Your mind suddenly turns into a horror movie. How do you deal with that and how do you come back from it?”

Shusterman is a longtime fan of the artwork of Eyvind Earle, whose stylized landscapes and use of light and color conjure descriptions like bright and brooding. I ask if Shusterman compares this book to Earle’s art. “That’s something that unites all of my work in that it has a lot of texture, there’s a sense of realism and there’s depth there,” says Shusterman. “There’s darkness as well as light. It’s vibrantly bright but at the same time there’s this sense of darkness.”

Facing the abyss of one’s mind shifting from the familiar to an unpredictable horror is a dark, unthinkable journey. Shusterman’s book is both a source for better understanding this battle, as well as an homage to the bravery of his son. The book encourages a better comprehension of mental illness but is also translatable to the general human experience; we all have to face our own abyss at one time or another, to save ourselves from a maligned journey. Far-reaching though the message may be, Shusterman admits that when he submitted the manuscript, he was ambivalent about whether he’d just written something, deep, meaningful, and on par with his repertoire, or in his own words, “a piece of garbage.”

Between critical acclaim and audience reception, that ambivalence has receded if not disappeared. “I feel that all my life experiences have been leading to writing this, and that it's one of my most important books.”