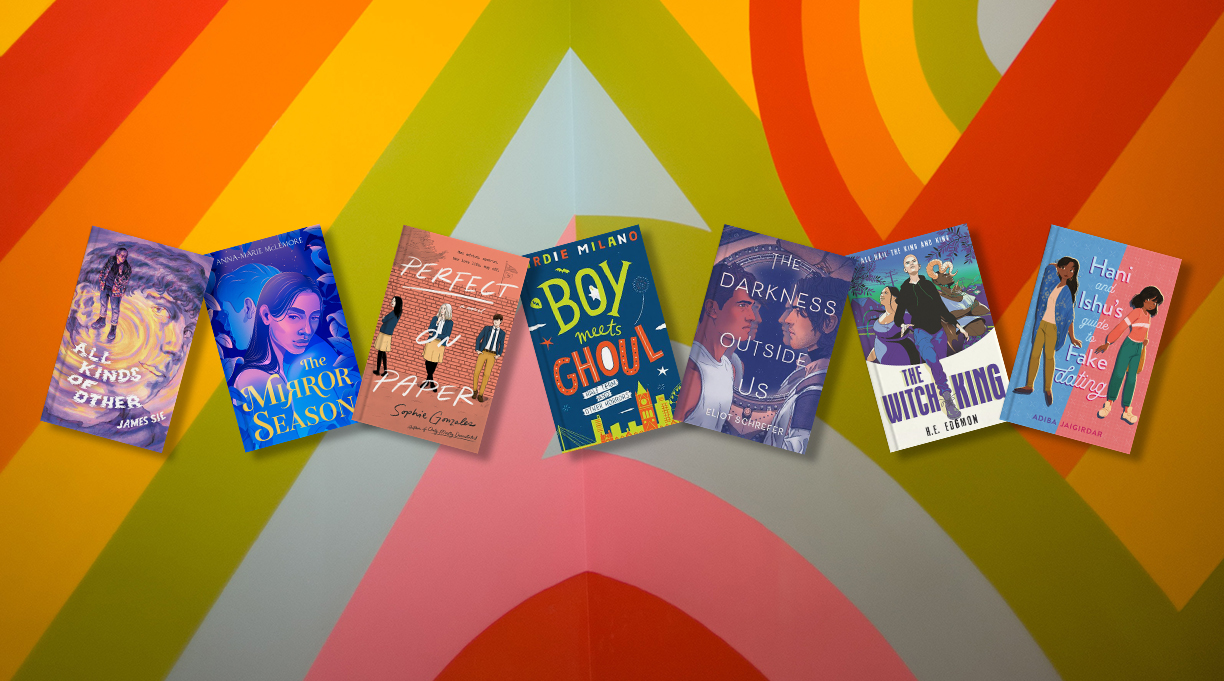 Illustration by Kirkus; background by Rachel Cheng on Unsplash

The acronym LGBTQ+ (and all its permutations) pulls together a swath of the world’s population who differ dramatically from one another in every way you can imagine—age, race and ethnicity, socio-economic status, culture, disability, language, faith, political beliefs—but share the experience of living outside the mainstream of many societies by virtue of their sexual orientation and/or gender identity. This broad diversity combined with the relative paucity of titles about queer experiences means that there is sometimes undue pressure on one individual book to represent “everyone”—something that’s clearly an impossibility. What we need are more voices telling more stories. Anyone choosing reading material for young people needs to be sure that the collection or book list they put together provides as broad a range of representation as possible in order to avoid inadvertently pigeonholing people while trying to do exactly the opposite. It is heartening to look at the queer YA releases of 2021 so far and see ever more varied types of protagonists and genres.

Boy Meets Ghoul by Birdie Milano (Pan Macmillan, Jan. 1): This fast-paced and hilarious follow-up to Boy Meets Hamster (2020) offers abundant laughs, something too rarely found in YA. This time, hapless Dylan spends his school holidays at a soccer camp in Manchester, England, and contends with crushes on both Leo and Freddie.

Perfect on Paper by Sophie Gonzales (Wednesday Books, March 9): This rom-com simultaneously entertains and tackles biphobia. Scholarship student Darcy’s secret business involves giving anonymous relationship advice to classmates. She could use some help herself, as she has feelings for both her best friend, Brooke, and the new Australian boy at school.

The Mirror Season by Anna-Marie McLemore (Feiwel and Friends, March 16): Magical realism offers a perfect vehicle for tackling the serious subjects of sexual assault, toxic masculinity, and abuse. Two young people, pansexual Ciela and Lock, the new boy at school, are bound together through trauma but ultimately build something defiantly beautiful through their love.

All Kinds of Other by James Sie (Quill Tree Books/HarperCollins, May 4): This book is moving and intense due to the transphobia that some characters face—even in what should be supportive environments—and its heartwarming romance that includes an underrepresented type of love story, that between cis and trans gay boys.

Off the Record by Camryn Garrett (Knopf, May 18): This riveting novel about a talented student journalist who pushes through anxiety to tell a breaking #MeToo story involving some of Hollywood’s biggest names centers a young queer woman who is figuring out her sexuality, embracing her size, and learning to speak out.

Hani and Ishu’s Guide to Fake Dating by Adiba Jaigirdar (Page Street, May 25): Dublin forms a colorful backdrop for a nuanced coming-of-age story in which two girls who are total opposites fall in love despite themselves. Along the way, they reckon with peer pressure, biphobia, the complexity of immigrant families, and figuring out what feels true.

The Witch King by H.E. Edgmon (Inkyard Press, June 1): This series opener offers all the suspense and imaginative worldbuilding fantasy that fans appreciate along with ample diverse representation, including a trans protagonist, an asexual Native character, body positivity, and more. Readers will resonate with the many themes that reflect contemporary real-world conversations.

The Darkness Outside Us by Eliot Schrefer (Katherine Tegen/HarperCollins, June 1): A dangerous mission to one of Saturn’s moons throws two boys together in this science-fiction adventure. The complex, well-developed story will keep the pages turning as readers learn if the boys succeed and follow their developing feelings for one another.