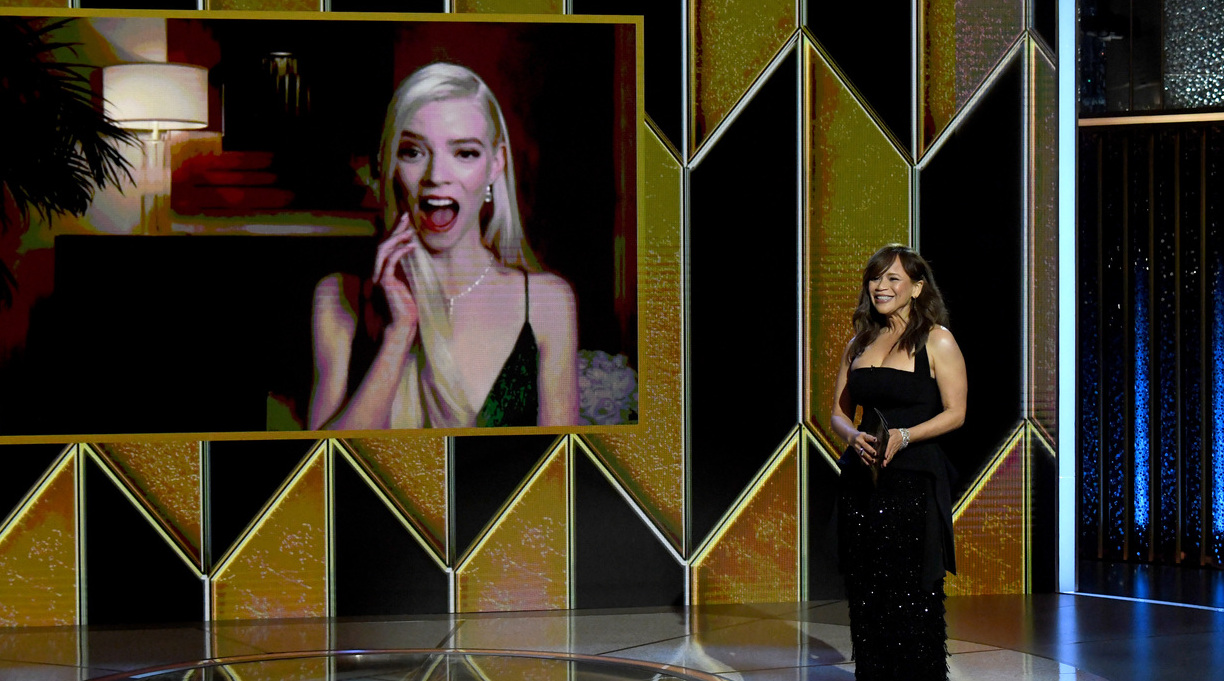 The critically acclaimed film Nomadland and the Netflix miniseries The Queen’s Gambit were among the five book-to-screen adaptations that won Golden Globes at last night’s awards ceremony, held in New York and Beverly Hills, California.

Nomadland, a dramatic film based on Jessica Bruder’s 2017 nonfiction book, Nomadland: Surviving America in the Twenty-First Century, won awards for best dramatic film and best director for Chloé Zhao, who accepted both awards.

The Queen’s Gambit, a seven-episode show based on Walter Tevis’ 1983 novel, won Golden Globes for best miniseries or TV movie, and for best actress in the same category for Anya Taylor-Joy. She was also nominated for her leading role in the Jane Austen film adaptation Emma, but lost to I Care a Lot’s Rosamund Pike.

Jodie Foster won a Globe for her supporting role as real-life attorney Nancy Hollander in The Mauritanian, a film based on Mohamedou Ould Slahi’s 2015 prison memoir, Guantánamo Diary. Mark Ruffalo took home the award for best actor in a TV limited series or movie for playing twin brothers Dominick and Thomas Birdsey in the six-part HBO miniseries adaptation of Wally Lamb’s 1998 bestseller, I Know This Much Is True; he won an Emmy for the same performance in September.

The Golden Globe for best original song in a film went to “Io sì (Seen)” from the Netflix film The Life Ahead, based on Romain Gary’s 1975 novel, The Life Before Us.