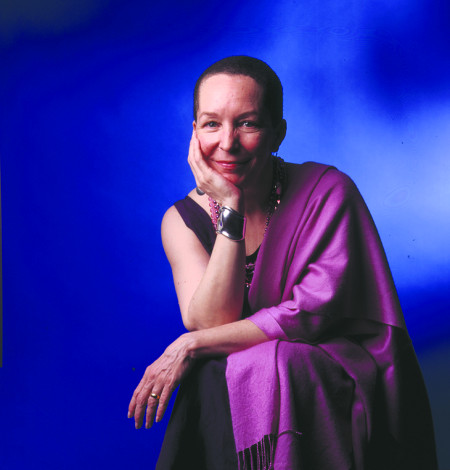 The title Pearl Cleage has chosen for her new memoir is part truth, part misnomer. Much of what Cleage (pronounced Cleg) writes about in Things I Should Have Told My Daughter: Lies, Lessons & Love Affairs, her daughter, Deignan, has already heard because the memoir is partially composed of Cleage’s selected journals. "I talk to my daughter every day; we're close enough that we talk about everything," Cleage says. In fact, Deignan suggested that Cleage burn her journals.

But the lies, lessons and love affairs are there. Cleage has mined them to offer 18 years of rich, funny and poignant observations on culture, politics and feminism. There is some historical context missing, though. The Detroit native is the youngest daughter of Bishop Albert Cleage Jr., who built the powerful church and cultural center Shrine of the Black Madonna. While her father's name and the institution he founded are absent from Things I Should Have Told My Daughter, his presence is within its pages. "It was important to include my father because he was a very progressive, revolutionary person with matters of race," Cleage says. "When it came to gender, he had no interest in thinking about feminism or anything like that. But he was also a person who had great respect for me as a writer."

Things I Should Have Told My Daughter chronicles Cleage’s evolution as a columnist and novelist, living on her own and coming of age. The range of her thoughts is as unlimited as Cleage's professional endeavors—from working for Maynard Jackson, the first black mayor of Atlanta, to producing Flyin' West, a play about the migration of African-Americans at the turn of the 20th century.

Writing memoir, though, presented her with unusual challenges. For one, she felt protective of herself as a young woman, she says. "There was so much that I didn't know. My mother taught me a lot about love and sex, but she taught me nothing about money or how to do the practical things. I got to the journals I kept in my mid-20s and thought, 'How did this girl make it out alive?' "

In her 20s and 30s, Cleage says, "the choices were all important things that had to do with basic understanding of what you know the truth to be....I have a better idea of how to live in an honest way than I did in the period the book covers." After establishing herself in political activism and playwriting, Cleage's work found national attention when her first novel, What Looks Like Crazy on an Ordinary Day, was chosen as a 1998 Oprah Book Club pick. That first novel, like all of her work, draws attention to the complexities of black life and a quest for truth, she says.

While fiction writers often investigate and proclaim truths in imaginary realms, African-American women writers are noticeably rare when it comes to nonfiction confessional writing in the vein of Joan Didion or Nora Ephron. In Cleage's peer group, the only other black woman writer with plans to publish her journals is Alice Walker, whose selection of diary entries and new essays, Gathering Blossoms Under Fire, is scheduled for publication in 2017.

Cleage says virulent attacks like the ones Walker and Ntozake Shange endured primarily from black men in the 1970s and ’80s for producing The Color Purple and For Colored Girls Who Have Considered Suicide/When The Rainbow Was Enuf served to silence other black women writers. "We can't air dirty laundry or talk bad about black men because that's dangerous," Cleage says. "It seems more important for me to ask, 'Why is it we can't talk about this?' If it makes people angry, they have to deal with that."

A dual history of bias and internalized oppression has kept most black women from publishing their memoirs or journals, Cleage adds, for fear of emotional and economic reprisals. "After slavery ended, black women continued to put forward the idea that we were good, sexually responsible women, going up against the racist stereotypes that came out of the madness of slavery," Cleage says. "But there was still the fear of being too honest around white people. I don't feel that's a legitimate feeling for me. I'm going to tell the truth to whoever is in the room."

In Things I Should Have Told My Daughter, that includes a little pot smoking, an affair with a married man and a touch of ambivalence about motherhood. Her awakening as a feminist finds her wondering how to balance her life as an artist with family and marriage. She is as opinionated a moviegoer as she is adored by her mother (as evidenced by the inclusion of her mother's letters, which are some of the book's best writing).

Cleage says she drew her inspiration for the book from the diaries of Anaïs Nin, which she found liberating and inspirational, much like the work of Walker and Shange. "I just felt, 'This woman is talking about something I know is true and I haven't seen before.' I started crying about 10 minutes into Ntozake Shange's play. That's how I feel about Alice Walker. This woman is just fearless. That's very helpful for those of us who are trying to get to the truth, to see that a bolt of lightning does not come down and strike them dead."

Cleage is currently a playwright in residence at the Alliance Theatre in Atlanta. She plans to write another book, especially since the reception she receives for writing the truth as she knows it follows her everywhere from the post office to the grocery store. "The thing that the book covers, I hope, is a desire to be truthful and not to lie about anything to anybody," Cleage says. "People will say, 'That's exactly how I felt, but I didn't know if I could or should say it.' Even if the truth scares us, we always recognize it when it finds us."

Joshunda Sanders is a writer and journalist based in Washington, D.C.