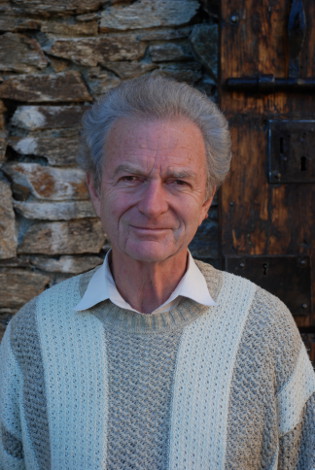 You wouldn’t know it to listen to talk radio, but the anti-French slur “cheese-eating surrender monkeys” began as a joke, courtesy of The Simpsons. It was taken up seriously by right-wing commentator Jonah Goldberg, who was miffed that France shunned George W. Bush’s adventure in Iraq, and it has since entered the American lexicon as received wisdom, never mind Lafayette and all that.

True, François Mitterrand, wounded in battle, did surrender to the Germans in the opening moments of World War II—but not without a fight. He then orchestrated an escape, going on to serve in the Resistance. From a bourgeois, conservative background and courted by agents of the rightist military hero Charles De Gaulle, he underwent a transformation while in prison camp, writing that what he found there “bore absolutely no relation to the hierarchy I had known in my youth.”

Though by temperament the mature Mitterrand was a monarchist, if not le roi in his own mind, the young man became a socialist—and, as the socialist president of France, he would forge an economic and political alliance with Germany, taking major steps toward what we now know as the European Union. Mitterrand was arguably France’s most effective modern leader, pressing his nation’s interests in a time when the Cold War was winding down, new hot ones in places such as Bosnia and Rwanda were popping up, and America, the sole remaining superpower, was disinclined to listen to what the rest of the world had to say.

Eighteen years after Mitterrand’s death, former BBC correspondent Philip Short chronicles him in A Taste for Intrigue. “Without question, Mitterrand and De Gaulle are the two most important French leaders of the 20th century,” Short says. “And the time seemed right for a biography of Mitterrand, now that we’ve had sufficient time to reflect on his presidency.”

Short, a longtime resident of France, allows that he had been considering writing a biography of Mitterrand for years before he actually did so. After publishing his book Mao: A Life and pondering his next project, Short recalls, he had dinner in Paris with an old friend, the television news anchor Peter Jennings, who encouraged him to write about Mitterrand then. “That was in about 2000,” says Short, “but I decided to do Pol Pot instead. Peter thought it might be too much of a replay, a Mao bis, of the first biography. But not enough time had passed to do Mitterrand. Now it has, and we’re able to see what Mitterrand did right and what he did wrong.”

Short had been tracking Mitterrand since the early 1980s, and he found his subject both elusive and complicated. After all, Mitterrand, his personal physician once remarked, was equal parts Casanova and Don Corleone, with a bit of the naif Little Prince thrown in for good measure: by no means easy to pin down.

But, for all his slipperiness, Mitterrand was the right man at the right time. France had blundered through what Short calls the “wobbliness” of the Fourth Republic and the war in Indochina and was battling in Algeria and other colonies at the time that Charles De Gaulle assumed power. De Gaulle, says Short, “was a great leader but not a great democrat. He and his followers controlled the nation very strictly.” The Gaullists did their utmost to convince French voters that only the right wing was capable of governing—but then, after various wobbly right-wing governments, there came Mitterrand, the first popularly elected socialist president in the nation’s history.

Says Short, “France had not been a very good democracy, in British and American terms, until that time, and then Mitterrand did things to increase the average French citizen’s rights while doing away with some of the trappings of the past, such as secret courts.” No doctrinaire socialist, Mitterrand also reduced corporate taxes and loosened regulations on corporations. In doing so, he proved to a broad swath of interests that the left could govern as well as the right, which perhaps explains why the French electorate since has favored a kind of “alternance,” favoring conservative candidates in one election, leftists in the next, never giving any one party the chance to entrench itself.

And as to the intrigue of the title? Well, François Mitterrand indeed had a talent for the Machiavellian doings of power and liked its perquisites, the mistresses and limousines and palaces. His socialist successor, François Hollande, continues the tradition after a fashion, even if Hollande has a demeanor more middle management than regal—for, says Short, in a way Mitterrand, though a socialist, “really was France’s last monarch.”