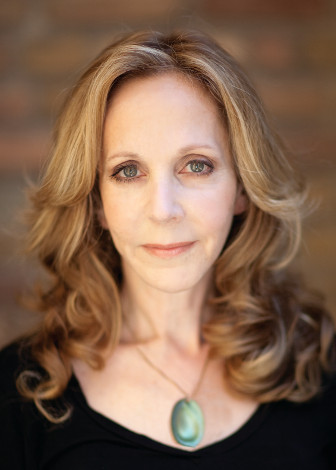 About a month ago, the philosopher and novelist Rebecca Newberger Goldstein decided to try ghost-tweeting as Plato. Her first tweet as the ancient philosopher under the handle @platobooktour was, “2400 years ago I was skeptical of the newfangled technology of writing. Now I’m tweeting. #olddognewtricks.” Plato in the Twitter fray? It may seem a nerdy gimmick but it strikes at a question that Goldstein explores seriously, and very intelligently, in her new book, Plato at the Googleplex: Why Philosophy Won’t Go Away: To what extent does Plato’s philosophy bear on our contemporary cultural, societal and political conversations? “I want to use Plato to argue that there is philosophical progress,” Goldstein explains. “I want to bring him back to address our issues, use him, because he is relevant. But he’s also been left far behind.”

To achieve this goal Goldstein put her formidable abilities as a novelist (most recently of 36 Arguments for the Existence of God: A Work of Fiction) to use. She situates Plato at the center of familiar scenes of public discussion—a debate on Fox News about religion and morality, an author panel discussion on parenting at the 92 Street Y, a lunchtime conversation about crowd-sourcing knowledge in a Google cafeteria. The characters of the dialogues naturally accept the ancient philosopher in their midst. For example, in the dialogue set at Plato’s visit to Google’s Mountain View campus to give a speech, Plato’s handler asks him to summarize the Republic as an author would on The Colbert Report. Goldstein writes, “He thought for a few moments and then he said, counting off on his fingers for each word: The. Perfect. State. Defines. Justice.”

These dialogues, which constitute entire chapters, are interspersed with essays on Plato’s life, his mentor Socrates and the ways in which the ancient Greek milieu in which they lived played a part in shaping their philosophies. And while it may seem at times that the dialogues, which are surprisingly very funny, serve as a break for readers between the dense, meticulously researched and footnoted essays, that isn’t the case. Goldstein took inspiration for her dialogues from Plato’s own. “In philosophy, we just look for the abstract argument, and we pretty much ignore that Plato embedded these arguments in characters,” she says. In the dialogues, Plato’s characters inform the ideas they express and vice-versa. As a novelist whose goal is to write works that “have all the joys and enchantments of fiction, but deal with philosophy,” Goldstein is particularly passionate about considering Plato in light of his skills as a fiction writer. She explains:

Your entire being, the way you treat other people, the way you relate to the world, your life, it’s all enmeshed together. It’s not abstraction and then how you live your life; it’s one thing. That’s something that Plato was taking really seriously—creating real characters. They just jump off the page.

Plato’s choice of Socrates as a main character in most of his dialogues (25 out of 26, cites Goldstein during our conversation) was a meaningful one. “Plato loved him,” Goldberg says, “but he took great liberties with him. By creating this fictional character called Socrates, he could probe views and

questions that weren’t Socrates’, that were really Plato’s.” Goldstein similarly treats Plato as a fictional character, a subject of study and a medium for developing her own ideas about philosophy. Threaded through both the dialogues and essays are robust interpretations of the works of “her first love” (reading about Plato’s life and work in Will Durant’s The Story of Philosophy sparked her interest in philosophy at the age of 12), and arguments about his place in philosophy, and the ability of the discipline to progress.

“I gave him what I thought was the idealized voice of philosophy, which is serious but playful, always respectful, always self-questioning, and just insatiably curious,” she says about her fictionalized Plato. This literary technique does more than just liven the writing: It allows Goldstein to widen her arguments about the philosopher to the discipline of philosophy at large. Plato at the Googleplex has a rare formal elegance that not only suits her subject, but also makes you wish more contemporary philosophers would experiment with creative writing. Philosophical debates, techniques and questions pervade the work of many of today’s novelists (to wit: Sheila Heti’s How Should a Person Be?); why shouldn’t it work the other way around? Philosophers might take a cue from Plato, who as Goldstein explains, was inspired by literature. “There is a way in which literature carried Plato forward, philosophy too, but also literature,” she says. “Because he traveled both worlds, he really did.”