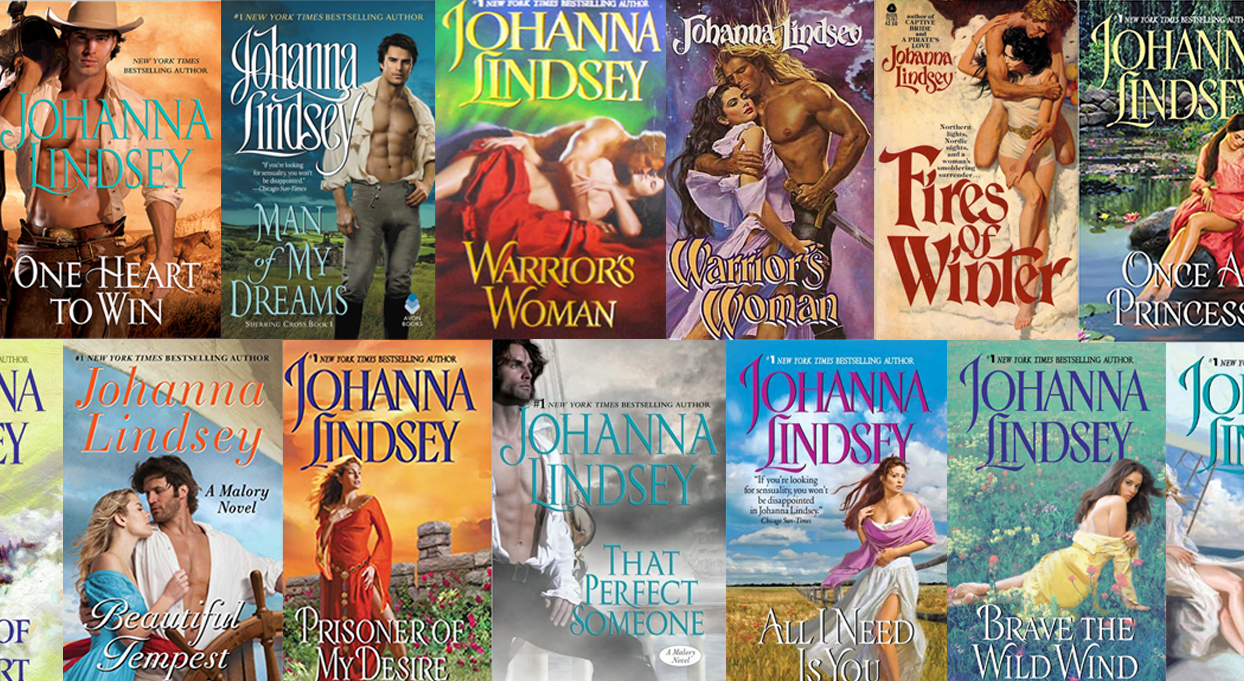 On Oct. 27, 2019, Johanna Lindsey, one of our foundational romance authors, died of lung cancer. Her devastated family didn’t publicly release the news until Dec. 23. Lindsey was a huge name in romance, selling more than 60 million copies of her novels. It was a time of mourning for the genre as a whole, regardless of what you thought of her books.

As we have seen time and time again, obituaries of famous women are a problem. No matter what her actual accomplishments, a woman’s obituary often highlights the story of her personal life while downplaying her work.

Let’s pause to talk about How to Suppress Women’s Writing, a book written in 1983 by science fiction author Joanna Russ. Russ suggested a series of very specific moves against women (she also talks about race, but her focus is gender) that result in the “belittlement of the work itself in various ways.” When writing obituaries of female writers, The New York Times is not shy about using two particular moves, with almost balletic precision, described by Russ.

Russ identifies “bad faith” as the simple act of valuing women’s work less than men’s work. To see how that happens, let’s compare the obituaries of mystery authors, because there are more male and female contemporaries. Last month, when Mary Higgins Clark died, The New York Times called her writing “a simple formula,” (quoting its own 1987 article) and later “a recipe.” In contrast, Robert B. Parker’s obituary in January 2010, lovingly details his distinct characters without ever once mentioning a formula, although Parker published 10 more novels than Clark.

As for romance writers, The New York Times obituary for Johanna Lindsey dismissively labels her books as “bodice rippers.” That language is downright kind compared with the 2015 obituary for Bertrice Small, which begins by describing her as “a convent-educated writer whose dozens of bodice-ripping romance novels titillated readers for decades” and then anoints her “a virtuoso in navigating the fine line between passionate romance and sophisticated smut.”

This woman was not a good girl.

Russ calls this pollution of agency, explaining that three subjects in particular are forbidden for women writers, “rage, accusation (or accusatory despair), and unacceptable sexuality.” Russ argues that when women write about such subjects, the patriarchal culture uses the subject matter as evidence to proclaim that the author herself is immoral.

The Times obituaries of Lindsey, Small, and Kathleen E. Woodiwiss also quote florid passages from their novels. I don’t think romance writers should ever be ashamed of their work, but as I read these sections, I couldn’t help but think of former Georgia House Minority Leader Stacey Abrams, the Democratic candidate for Georgia governor in 2018, being forced to listen to late night TV host Stephen Colbert read a scene from one of the eight romance novels she wrote under the pen name Selena Montgomery.

Even more depressing is the way the obituaries for Woodiwiss, Small, and Lindsey blame and dismiss them for writing about women who were raped.

As a comparison, it’s again instructive to look at the obituary of the man who arguably wrote the most famous rape scene in all of literature, Vladimir Nabokov. When Nabokov died in 1977, The New York Times obituary explained Lolita as a “narrative, as an exercise in logodaedaly, as a search for meaning and truth, as a tantalizing flight of imagination, as an exploration of a dreamlike confusion of time and place, and as an elaborative spoof.”

More than 40 years later, The New York Times obituary described the hallmarks of Lindsey’s writing as “stories built around romantic and sexual surrender—between arrogant, willful men and heroines with little power from centuries past—descended at times into rape.” It strikes me as both sad and telling that when women write about rape in romance, the assumption is that women are asking for it rather than interrogating it. Look at the wording in the obituary, which notes that women have suffered under the patriarchy for centuries— but the framing then neatly turns Lindsey herself into the victimizer. After all, she’s the one who wrote it that way. Why would any woman ever write about such a thing?

The way we mourn the people we’ve lost matters. These obituaries function as a signal from mainstream culture that romance’s work, and the work of these women, is without value. Eventually, obituaries of Lindsey and discussions of her work that were more comprehensive began to appear—and from her fans, a twitter hashtag, #MyFirstJohanna, to reminisce about their introduction to her books. In coming months and years, I expect romance academics and readers will continue to evaluate her work as a whole. But that, too, will be likely largely hidden from public view.

The world will go on shaming the genre for exploring love and sex, but readers know the truth: that this work is important and valuable, and romance authors deserve to be remembered with dignity.