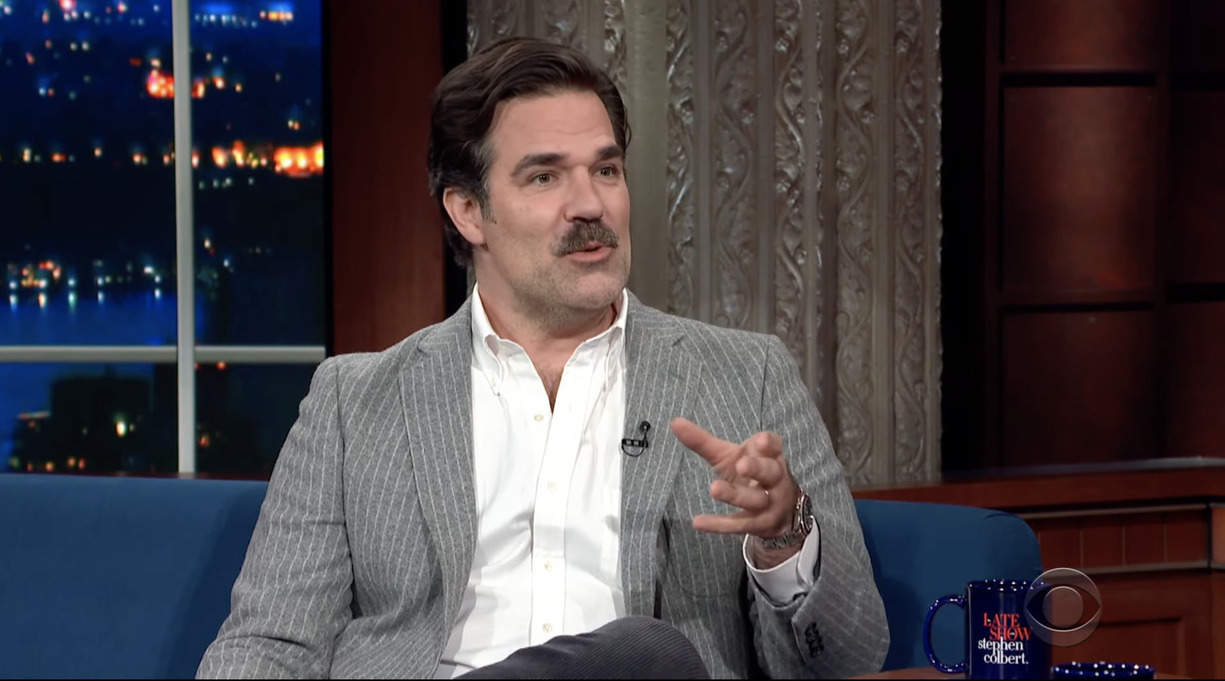 Rob Delaney on ‘The Late Show With Stephen Colbert’

The Catastrophe star’s book, published Tuesday by Spiegel & Grau, is an account of losing his son to brain cancer at the age of 2. In a starred review, a critic for Kirkus called the memoir “a heart-wrenching and impressively self-aware story of a father living through the death of his young child.”

Colbert quoted a line from the book, “Grief makes me want to make you understand.” He asked Delaney, “What is it you want people to understand, and why is it so important for you to make us understand?”

“I think losing a child is accurately billed as the worst thing that could happen to you,” Delaney responded. “You immediately feel plucked out of the regular human race and just put over here, and [feel] so separate and different and not understood.…We wanted to come back to humanity, but we felt we needed translator devices before we could mesh with other people again. I wanted to write something that helped bridge that gap between something that many people would rightfully consider unimaginable and regular Joes just walking down the street, whistling, not knowing what that stuff is like.”

Delaney recounted his emotional journey while writing the memoir.

“I started out very angry,” he recalled. “When I first started writing this book, I was like, I want to hurt people. I want to pummel people. Someone went to the bookstore for entertainment? Well, they deserve to be punished by my book about my sadness and my anger. And then over time, it just became more and more about love.”