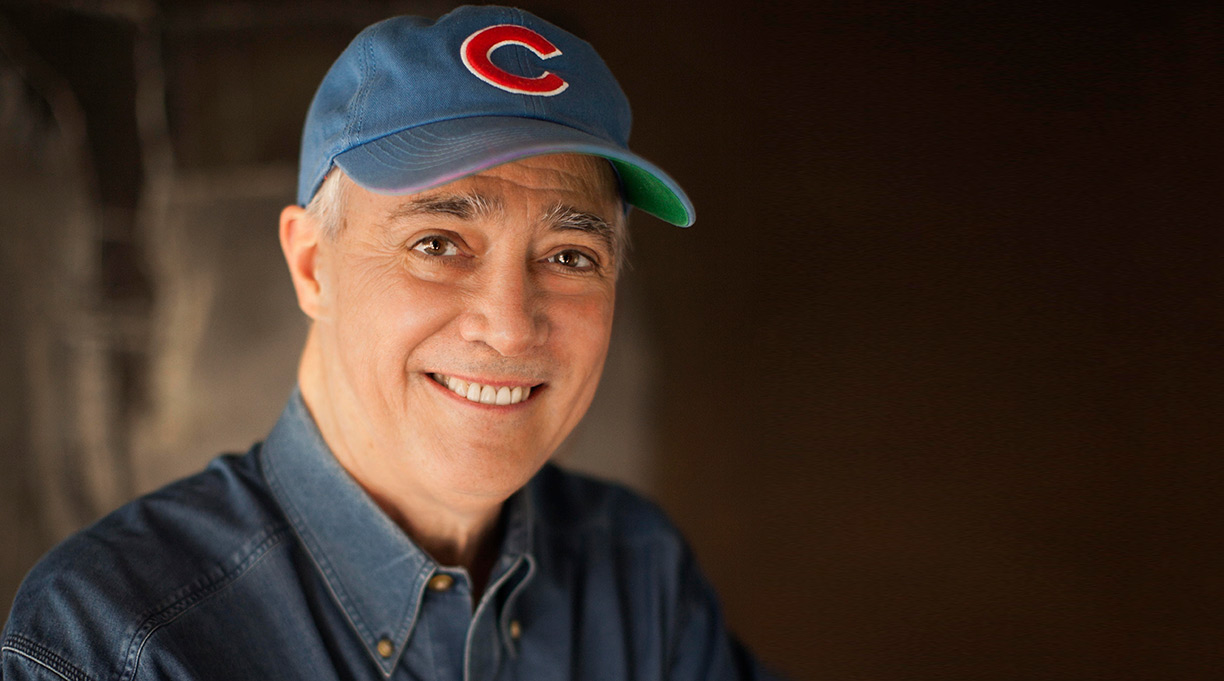 Scott Simon is an award-winning journalist, NPR host, Chicago Cubs fan, father, and author of nine books. His most recent, Sunnyside Plaza (Little, Brown, Jan. 21), is a novel for middle-grade readers. Simon spoke with Kirkus about the story and its inspiration.

Your author’s note says that Sunnyside Plaza is a thank you to the people you knew you when you were a young man working in a halfway house.

Yes. It wasn’t called a halfway house. It was the Approved Home at 909 West Wilson Ave. in Chicago. The residents called it a hotel. Working there was one of the transformative experiences in my life…and I hadn’t expected it to be. I just took it as a job to make ends meet. Working there you began to understand [the residents] as people with really rich, full lives. Pity was replaced with real admiration and even friendship. The experience affected my view of life, what it means to be a human being, a writer, a reporter, a father. I’ve always wanted to write something set in a home like that. Our daughter Elise, who’s now 16, told me, “You ought to make it a novel for young readers, because you always said the stuff you read when you’re my age really stays with you.”

At the Seder the guests tell about their own pharaohs, about freedom and liberation, just as Sal and her fellow residents of Sunnyside Plaza begin to recognize and embrace their own agency.

Yes, and I think that was why the scene was there. I wanted to come up with something that would get them in Esther’s home and with Lon and his fiance. I wanted to surround them with respectful and even loving outsiders but in a circumstance where they could be a part of things. Both of our daughters are adopted, and I remembered the first Seder dinner that we went to with our now 16-year-old in our arms. You get to the part about the little baby left in the bulrushes—it’s hard not to think of the little girl in your arms who was left on the street in China. I wanted to bring those people together to note that one way or another we all in this country have that kind of story. For Sal and for Mary it’s also an understanding that they fit into the world—the world can open its arms for them.

The scene where Sally and her friends go out to solve a crime is a bit scary, but they’re so immersed in it.

I wanted there to be that combination of trepidation on behalf of the reader yet excitement in the hearts of Sally and her friends. They were testing their wings in the greater world and found they could do it. There’s the woman who yells at them in the restaurant, but other than that they run into people who are either very considerate or at the worst maybe a little indifferent….I thought it was important to put them on their own outside of the confines of Sunnyside Plaza. I enjoyed doing that and walking those steps on the North Side, as a matter of fact.

Were there things you had to leave on the cutting room floor?

As always, there’s something that’s interesting but doesn’t quite fit. The advice that Elise, our oldest daughter, and her best friend Adelaide gave me was “don’t make the book any longer than The Old Man and the Sea.” They thought it was the perfect length for a book!

Were there parts of Sally’s character that surprised you?

I think that’s why you write a novel—for the characters to take over, isn’t it? I found that she was developing her own sense of humor and insight. In the home, people would come in from the outside to repair or deliver something. They would look around with curiosity. Some people were good and wonderful, but some would say things like, “Well, are the people here nuts or something?” as if [the residents] were deaf and their feelings, to be disregarded. When we see that happen to Sally and understand implicitly that this is not the first time, she has strength and pride in how she addresses it. By the time she delivers that last speech, it’s a character teaching me things. I was so glad for that. As I was just telling our family the other night, I miss her already.

Kathie Meizner manages a public library in Maryland and reviews children’s books for Kirkus Reviews and the Washington Post.