Sex Robots, the Future of Racism, and Cthulhu Vacations 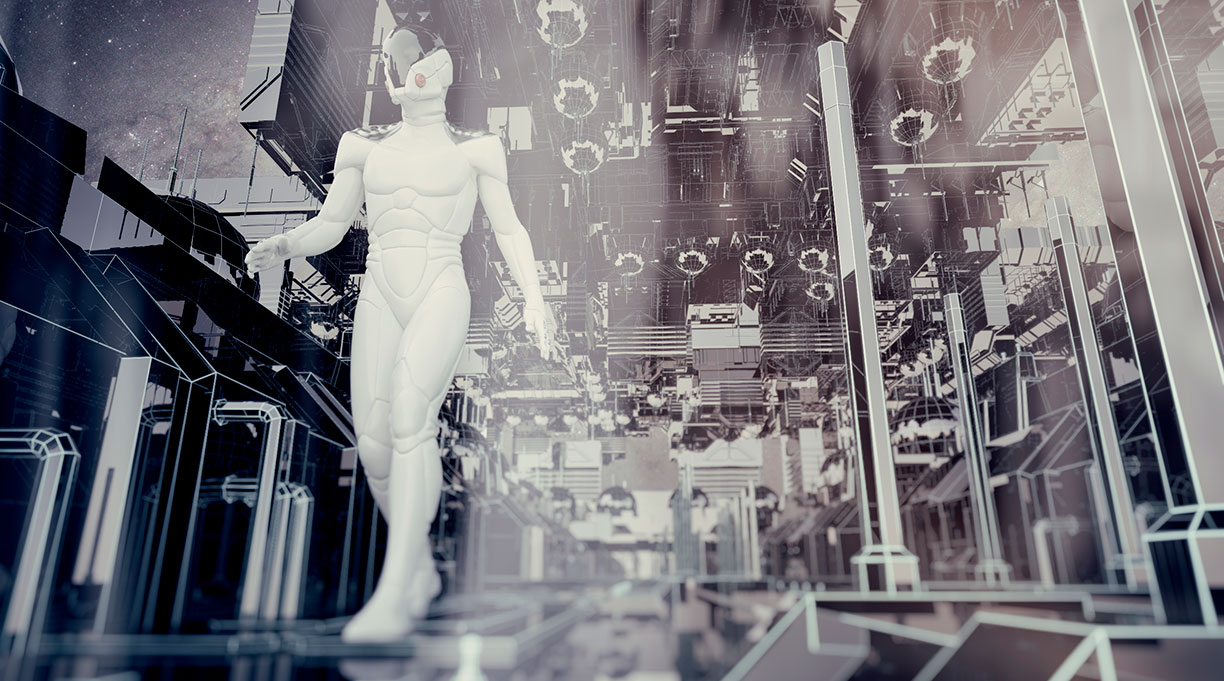 Short science fiction and fantasy are thriving, not only in online magazines but also in multi-author anthologies, single author collections, and standalone books. My latest adventure in short fiction reading took me through a variety of those formats.

My first stop was The Best of Elizabeth Bear (Subterranean Press, Jan. 31), a collection with 27 excellent stories showcasing the talent of one of the genre’s most versatile writers. “Covenant,” for example, is a suspenseful story about a serial killer who becomes a victim. The science fiction twist is that he undergoes a voluntary procedure called “rightminding,” which rewires his brain to reduce his psychopathic tendencies. He also becomes a woman in the process—and thus the target of another psychopath. Because the memories of her time as a serial killer remain, she can speculate on what her male abductor might do next, making for a tense story. “In the House of Aryaman, a Lonely Signal Burns” reads like a police procedural locked-room murder mystery in which the victim’s corpse appears to have been turned inside out. But other components in the story elevate it above standard fare, such as the investigator’s tense relationship with her VR-addicted mother, an engineered cat who might be a witness to the crime, a company developing fourth-dimension technology, and the strange behavior of a star in the Andromeda system. Asimovian robots—albeit racier ones than any Asimov ever created—are featured in “Dolly,” a mystery in which a sex robot has been used to kill her owner. Is she the murder weapon or the murderer? Ethical issues are raised in this engaging story, one of the many to be found in this must-have collection.

Time travel is one of the genre’s oldest tropes, and one that still delivers some great reads. If you want to explore its beginnings in short fiction, you can find them in Mike Ashley’s anthology Beyond Time: Classic Tales of Time Unwound (British Library Publishing). It’s a collection of 14 influential time travel stories written between 1881 and 1959, each showcasing the methods the writers used to shape the theme to their own ends. The earliest story is Edward Page Mitchell’s “The Clock That Went Backward,” the first fictional instance of a machine used to send people back and forth in time. (It predates “The Time Machine,” the more popular and more adept H.G. Wells 1895 novella, by 14 years.) Mitchell’s machine is a grandfather clock, gifted to a pair of young cousins who soon learn their family history firsthand, and is interesting for its historical literary context. Wells is represented by “The Queer Story of Brownlow’s Newspaper” (1932). Like Edward Bellamy’s 1888 utopian classic Looking Backward: From 2000–1887, Wells’ story is light on plot and serves more as a snapshot into an imagined future—one that’s four decades away and is surveyed from a newspaper of that era somehow getting delivered to the past. “Omega” (1932), by Amelia Reynolds Long, uses the power of the mind to transport—mentally if not physically—a psychological research subject into the future end of the world, where the slow heat death of the planet endangers the traveler’s life. “Friday the Nineteenth” (1950), by Elisabeth Sanxay Holding, is a fantastic time loop story seen from the perspectives of a man trapped in a loveless marriage and the woman with whom he is about to have an affair. The strange time loop reminds him to be careful what you wish for. Many of the ideas presented in the Beyond Time have been redone since these stories first appeared, but it’s still fascinating to see how those concepts were originally imagined.

Dealing with more serious subject matter is the novella Riot Baby by Tochi Onyebuchi (Tor.com, Jan. 21), the story of Ella and Kev, African American siblings who experience racism and oppression firsthand. Ella, the elder, has paranormal abilities; she can see a person’s past and future and possesses other more dangerous powers. Kev, born in Los Angeles shortly after Rodney King was beaten by police officers, grew up where gangs were a fact of daily life. Even after their single mother moved them to New York, Kev was unjustly arrested as a teenager and incarcerated for nearly a decade. It’s heavy subject matter and Onyebuchi immediately pulls readers into his narrative with shocking scenes of crime and injustice. He holds them with meaningful elements, such as Ella’s escalating power and anger, scenes of police brutality ripped from real world headlines, and familial ties. In addition to the speculative elements around Ella’s gift, which she and Kev refer to as “The Thing,” Onyebuchi depicts an alternate dystopian present in which America leans closer to being a surveillance state and technological advances reinforce the stranglehold of oppression. It’s a dark depiction of a society that has a long way to go toward equality.

Uncanny Magazine is a terrific online resource for speculative fiction. The best stories of its first 22 issues are gathered in The Best of Uncanny, edited by Lynne M. Thomas and Michael Damian Thomas (Subterranean Press). As stated in its introduction, one of the goals of the magazine is to feature stories that are experimental and/or connect with readers. There’s certainly nothing cliched about Brooke Bolander’s “Our Talons Can Crush Galaxies”, a “revenge fantasy” fantasy—that is, the narrator is a winged creature who was the victim of a crime but will not play the part of one—or “Fandom for Robots,” by Vina Jie-Min Prasad, the quirky story of an ancient robot who gets hooked on a popular anime show, engages its fans in online message forums and even contributes to fan fiction. As for stories that evoke emotions in the reader, there is the superb “Catcall,” by Delilah S. Dawson, in which a young girl endures harassment from men of all ages. It’s hard not to root for her when she develops an ability that allows her to exact revenge, despite it being a terribly dangerous power.

Science fiction comes in many subgenre flavors. One of them is hard science fiction—that is, SF stories noted for their scientific accuracy. Allan Kaster has collected the best of 2018’s in the anthology The Year’s Top Hard Science Fiction Stories 3 (Infinivox). One of several excellent stories here is “Providence,” by Alastair Reynolds, about a colonization spaceship en route to a new home for mankind that is crippled and unable to complete its mission. The crew decides to help future exploratory ships by collecting data to send back to Earth. A mid-story twist highlights how true heroes sacrifice themselves for the sake of the greater good.

Nowhereville: Weird Is Other People (Broken Eye Books), edited by Scott Gable and C. Dombrowski, is a refreshing collection of original weird fiction stories in urban settings. Weird fiction, as defined in the introduction, is fiction that exists somewhere between the impossibility of fantasy and the inevitability of SF. Author Jeffrey Thomas fits smack in the middle here with his story “Vertices.” In it, a human single mother, named Vera, must come to terms with yet another influx of alien species to Punktown, a city on the planet Oasis that’s home to a variety of many creatively invented aliens. Despite the fact that humans immigrated to Oasis, Vera despises the new arrivals, many of whom are refugees, and fears the impact they may have on her daughter. “Vertices” is a textbook example of the society-reflecting mode of science fiction, which allows us to see ourselves through the eyes of others. Sometimes that view isn’t pretty.

Forward, a new collection from the Amazon Original Stories imprint, includes "The Last Conversation" by Paul Tremblay, a compelling story that challenges you to figure out what the unnamed protagonist does not yet know. What he does know is that he awakens in a room with limited mobility and memories, his only contact with anyone is the voice of the Doctor he hears through a speaker. She puts him through a series of tests, both mental and physical, to restore him to his previous self. Along the way, we learn that some catastrophe has occurred and affected other people at the facility. The appeal of this story is not just figuring out what’s really going on, it’s the bittersweet feeling it evokes once you do.

Readers often turn to established writers whose work they’ve previously enjoyed for more of the same. That’s fine, but to add a little variety I also recommend supplementing that with stories by new authors. The New Voices of Science Fiction, edited by Hannu Rajaniemi and Jacob Weisman (Tachyon), is the perfect anthology to do just that. It is a collection of recent fiction by up-and-coming writers in the field. One story is “The Shape of My Name,” by Nino Cipri, about a trans man’s attempts to reconcile with his mother, who rejects his gender identity. The mother, who has access to a time machine keyed to the family’s genetics, seems more at ease traveling the time stream, making it more difficult for her son, Heron, to get closure.

One of the most appealing uses of science fiction is when it takes some futuristic technology and applies it for an unintended purpose. Nancy Kress utilizes this to great effect in “Someone to Watch Over Me” (Galaxy’s Edge, issue No. 41), which takes nanny cams to a whole new level. Amanda and Jake are going through a rough divorce. Jake, who initiated the divorce, has even filed a restraining order against Amanda. Since they have a daughter, it’s Jake’s sister who delivers the baby back and forth. Amanda is not handling the situation very well. Still in the anger phase of grief, Amanda submits her daughter to surgical implants that allow the vengeful mother to see whatever her daughter sees. Needless to say, this obsession is not healthy for Amanda. It does, however, create a moving story that makes you wonder if some technologies are worth the convenience they provide.

My last stop was Seanan McGuire’s Laughter at the Academy (Subterranean Press), a terrific new collection of stories that showcases the author’s ability to easily cross genre boundaries. One of them, “Down, Deep Down, Below the Waves,” would have fit perfectly in my recent roundup of short horror stories. It’s about a Harvard grad student, named Violet, who invites four friends, fellow life sciences students, to visit her home on the coast. The first hint that something is amiss is the way Violet treats and thinks of her friends as lab rats. The most telling clue is that their impromptu vacation occurs in Innsmouth, the fictional Massachusetts town that serves as the setting for many of H.P. Lovecraft’s Cthulhu stories. McGuire’s story is indeed Lovecraftian in the plans that Violet has in mind for her friends. It’s also impressive in the way horror is so matter-of-factly woven in.