Figuring Out That Intelligent People Can Disagree. 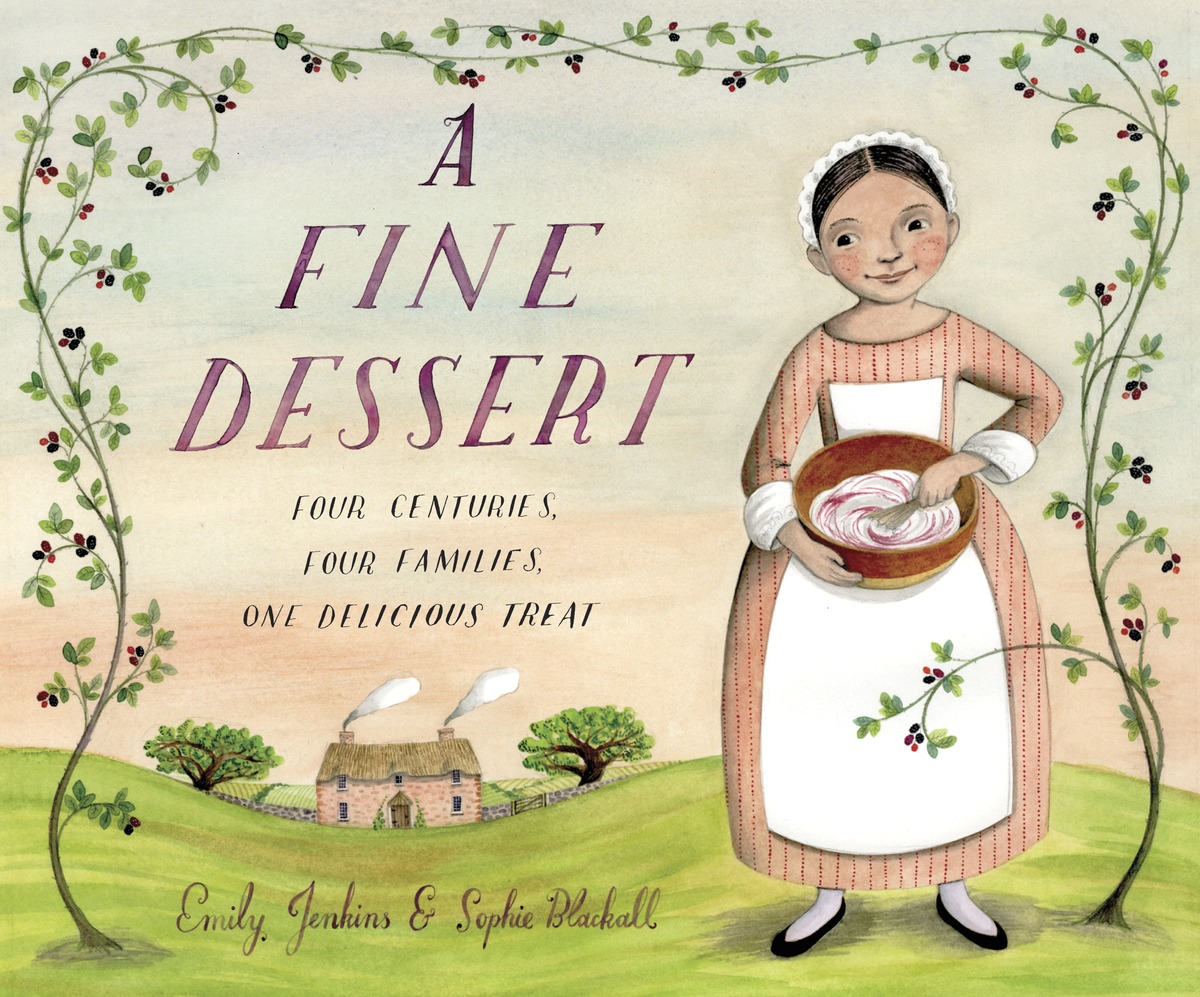 A Birthday Cake for George Washington hit my desk around the second week of November, but it will be published just a few days after the New Year. When I received it, the children's-literature world was reeling over the depiction of an enslaved mother and daughter making the titular treat—blackberry fool—in A Fine Dessert, by Emily Jenkins and illustrated by Sophie Blackall. The child was shown smiling as she picked berries, whipped cream, and, after serving her owners, hid with her mother in a closet to lick the bowl clean. Some time after the book garnered star upon star, including one from Kirkus, voices of critics, many of them of color, began to sound. They called attention to concerns about what Mikki Kendall, an African-American commenter, called "a candy coated depiction of a multi generational crime against humanity. And the number of harmful myths that this imagery supports & teaches as normal to the apparently white children who are the target audience has a long term impact on how the brutal realities of slavery are downplayed in this country." Hers was just one voice among many that caused Jenkins to consider her work and eventually apologize, saying, "I have come to understand that my book, while intended to be inclusive and truthful and hopeful, is racially insensitive. I own that and am very sorry."

This was the context in which I unpacked A Birthday Cake for George Washington, by food writer Ramin Ganeshram and illustrated by Vanessa Brantley-Newton, a book that depicts smiling slaves on nearly every page. The narrator is Delia, daughter of Hercules, Washington's enslaved chef. Delia tells the story of how her father, charged with baking a cake for the president's birthday, copes with the unexpected absence of sugar in the larder. (He substitutes honey.) It's a cheery book, and Delia's narration is suffused with pride in her father, whose talents have earned him fame and favors: "When he goes to market people point at his fancy coat and his top hat. They notice the gold watch that swings from his vest." Readers learn that, except for Hercules, "in Philadelphia, slaves are not seen," an enormously complicated statement that is never unpacked.

Like A Fine Dessert's, A Birthday Cake for George Washington's narrative focuses more on the making of a dessert than on the institution of slavery. It's full of descriptions of ingredients and how they're combined. Like A Fine Dessert, it comes with a recipe and thoughtful notes from both author and illustrator. In her note, Brantley-Newton writes, "While slavery in America was a vast injustice, my research indicates that Hercules and the other servants in George Washington's kitchens took great pride in their ability to cook for a man of such stature. That is why I have depicted them as happy people." But in her note, Ganeshram gives the lie to this statement, telling readers that the historical Hercules escaped, leaving Delia enslaved. It's easy to understand why Ganeshram opted to leave those details out of her primary narrative: they're a serious downer for readers, and they don't have anything to do with the cake. But the story that remains nevertheless shares much of what A Fine Dessert’s critics found so objectionable: it’s an incomplete, even dishonest treatment of slavery. The back jacket's tailpiece vignette is a picture of a smiling George Washington, his arm around Hercules' shoulders. Hercules and Delia are likewise smiling; it's like a family picture—except it isn't.

Blogger Edi Campbell, an African-American librarian at Indiana State University and advocate for diversity in children's books, wrote of A Fine Dessert, "I knew I’d never buy this book for my children or grandchildren. And, when I wondered how an African American would have done this book, I know they wouldn’t have." Indeed, many voices echoed this sentiment, using A Fine Dessert as an exemplar of the cultural cluelessness of our white-dominated industry. But Ganeshram's mother is Iranian, and her father is Trinidadian. Brantley-Newton is African-American. And the book's editor, Andrea Davis Pinkney, is also African-American—and a winner of the Coretta Scott King Award. Had A Birthday Cake for George Washington come out a year ago, concurrent with A Fine Dessert, how would it have been received? It's impossible to know, but I think one thing's for sure: the conversation would have been a whole lot different.

It’s a little scary to imagine how the conversation is going to turn now. Will those who loved and defended A Fine Dessert see in the racial makeup of A Birthday Cake for George Washington's creative team some sort of exoneration of Jenkins and Blackall, and Schwartz & Wade, their publisher? Will those who criticized, often in heated terms, A Fine Dessert call Ganeshram, Brantley-Newton, and Pinkney race traitors? (Note: I do not know many of the creators of either book, but I do know Pinkney, and she is brilliant, ferocious, and deeply committed to making and publishing diverse books.)

It’s tempting to try to draw sweeping conclusions about race and art from this particular publishing phenomenon, but I think the only conclusion I can draw is that singly, each topic is complex, and taken together they are complicated. Chimamanda Ngozi Adichie has rightly warned us against the danger of a single story, and I think that we need to keep that danger in mind as we contemplate these two books. That a white creative team and a creative team of color, each working separately, came up with two books so similar in so many ways proves only one thing: intelligent people can disagree.